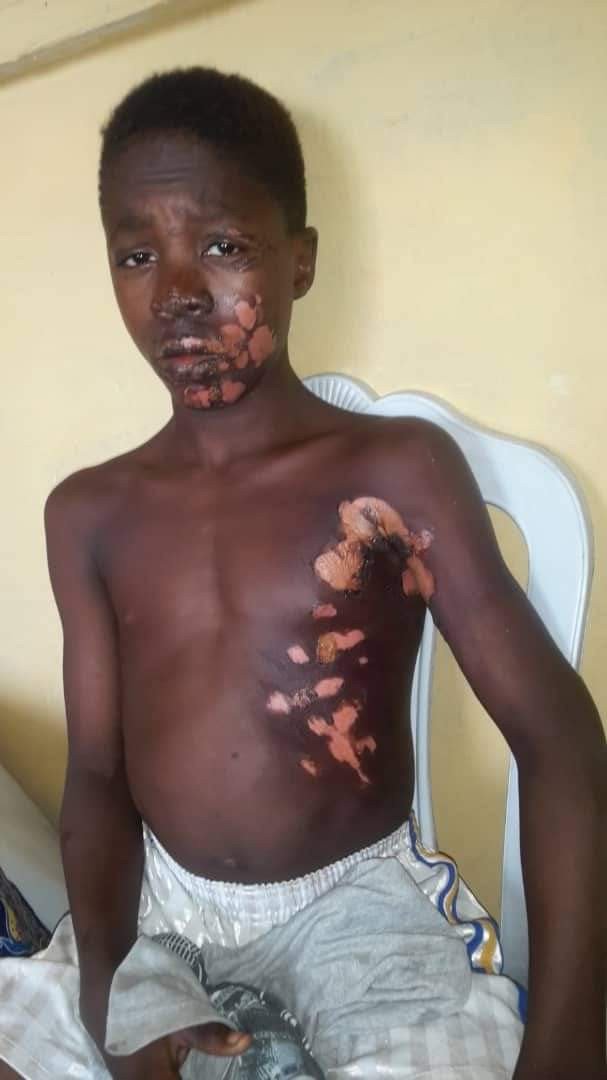 Edo activist, Kola Edokpayi shared this report about a young boy with burn wounds inflicted on him by a woman said to be his friend’s mother. Read below:

the report as reported yesterday is as below:

Today at our office a young boy ( Favour Omokaro)  was brought by a caring citizen with fire burn on  his face, chest and belle. After hearing from the boy on how he got all the  skin burns on his body.

The boy  told us that it was his friend’s  mother that inflicted the pain on him. After listening to him, we swung into action, firstly to hear from the police station where the matter was first reported. And we made  sure the police summoned  the accused woman.

They quickly took the boy for medical treatment on our swift intervention.

This little boy is not well cared for before now. But we are prone to make sure that the boy gets a better home.

Lets care for the uncared for. 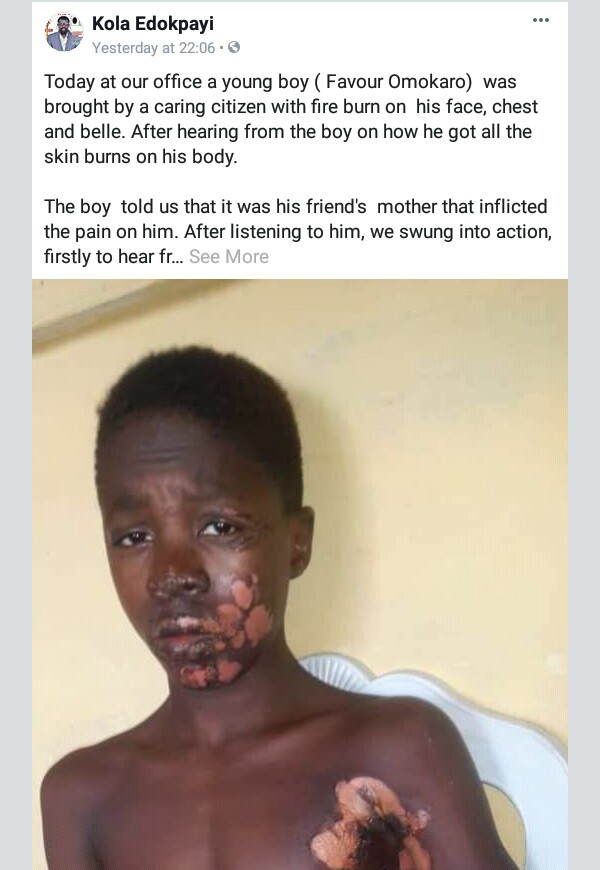