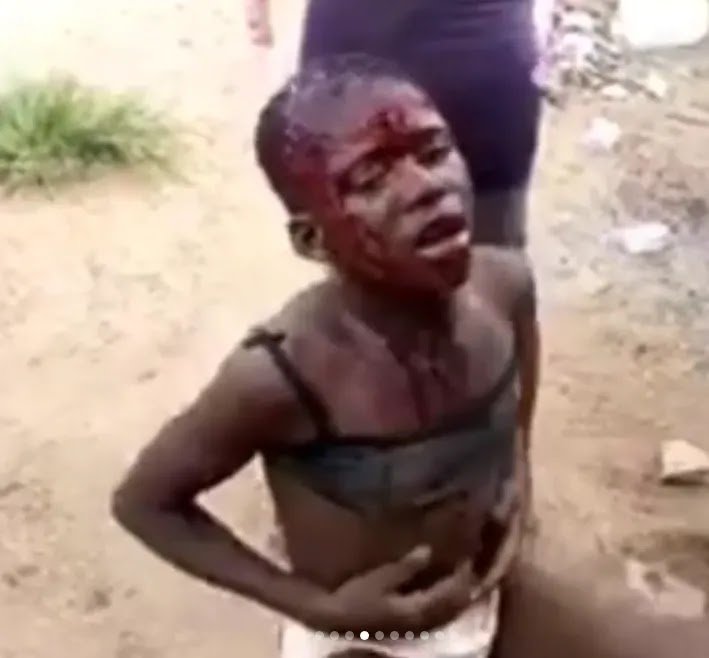 Police in Imo State are holding a pregnant woman, who hacked her minor housemaid with a sharp weapon in Ubomiri, Mbaitolu Local Government Area of Imo State.

In the video posted a Facebook user identified as Raymond Anunobi, whose bio shows that he works with the Nigerian Police Force, the young girl identified as Chioma is seen drenched in blood from serious injuries in her head following the brutal attack by the woman.

One of the videos shows the suspect in a taxi being hauled to the police station while villagers are rained insults and curses on her.