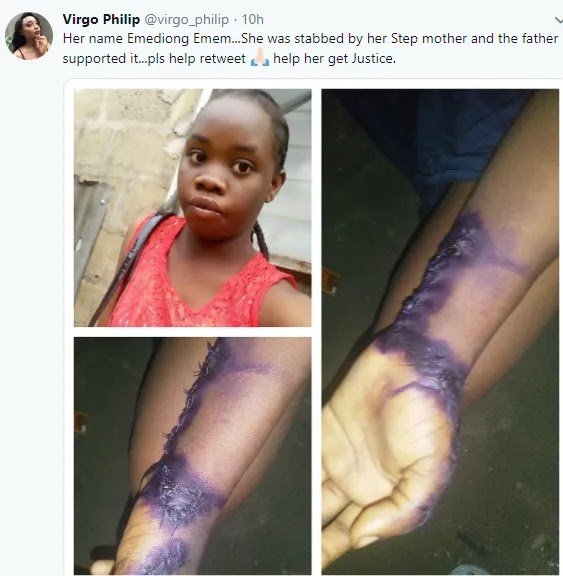 TV Presenter/ actress, Virgo Philips, has taken to her Twitter handle to demand justice for a girl named Emediong Emem, who was stabbed by her step mother. In her tweet, Philip said the girl’s father was in support of the physical assault on his daughter.

Hopefully, the police will address the injustice.