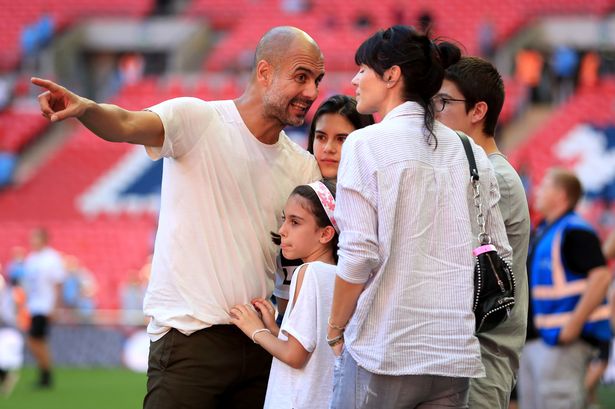 Pep Guardiola’s wife has gone back to live in Spain – but Manchester City have no fears about losing their record-breaking manager.

Sunday Mirror Sport understands that Guardiola’s spouse, Cristina, has returned to Barcelona with one of the couple’s three children to look after her business interests.

Mrs Guardiola owns a successful fashion company in Catalonia and has been managing the enterprise by commuting regularly from Manchester for the last three years.

But the plan is for her to base herself in Barcelona for the next few months before returning permanently to the luxury city-centre apartment that has become home to the Guardiola family.

The arrangement means husband Pep will take care of the couple’s other two kids – as well as masterminding his club’s bid for a third successive Premier League title and Champions League glory.