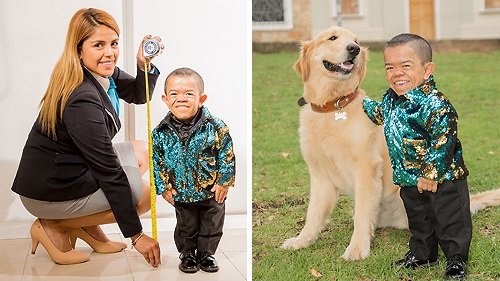 The world record title was awarded amid his birthday celebration as he turned 34 on Monday, Guinness World Records said in a statement.

Hernandez has achieved the title at 2 feet, 4.39 inches tall.

Guinness World Records Latin America adjudicator Natalia Ramirez presented him an official certificate in a ceremony at a medical clinic in his hometown of Bogota, Colombia, with his family doctor by his side.

Hernandez grew up reaching the regular milestones, but realized at age 4, his friends were growing taller than him. His parents sought medical advice at the time, but the reason his growth was stunted wasn’t discovered until about 20 years later when he was diagnosed with severe hypothyroidism.

The diagnosis hasn’t stopped Hernandez from having a positive attitude and enjoying life.

He can sometimes be seen dancing in the streets to Reggaeton, Merengue and Vallenato music.

“I use my smile to conquer the world! I always share my big smile with everyone; that’s my charm,”

Hernandez said. “I can achieve everything I set my mind to. Everything is possible . . . Size and height don’t matter! I want people to meet who I truly am: small in size, big in heart!” 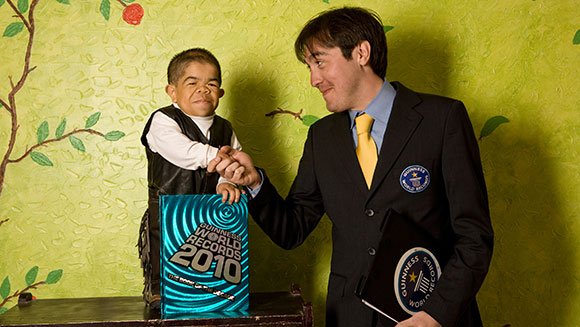 This isn’t the first time that Hernandez has earned the record title.

Now, Hernandez has regained the title.