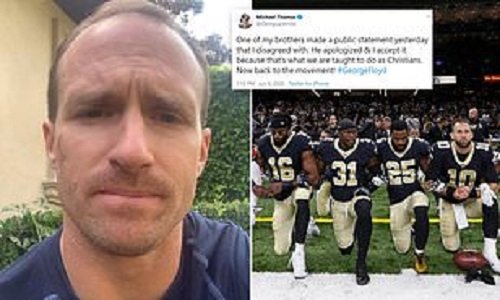 Drew Brees has issued another apology amid backlash from fans and teammates over his disapproval of NFL players kneeling in protest during the national anthem, this time posting a self-recorded video on Instagram to convey his sincerity on the matter.

‘I know there’s not much that I can say that would make things any better right now,’ the New Orleans Saints star said on Instagram. ‘But, I just want you to see in my eyes how sorry I am for the comments that I made yesterday. ‘I know that it hurt many people, especially friends, teammates, former teammates, loved ones, people that I care and respect deeply,’ he continued. ‘That was never my intention.’

In the wake of the Minneapolis police killing of George Floyd, Brees repeated his opposition to kneeling during the national anthem in an interview with Yahoo Finance on Wednesday.

And the biting backlash that followed prompted the Saints’ star quarterback to issue a several apologies on Thursday, first writing that he ‘missed the mark’ and then promising to ‘do better’ in his self-made video. 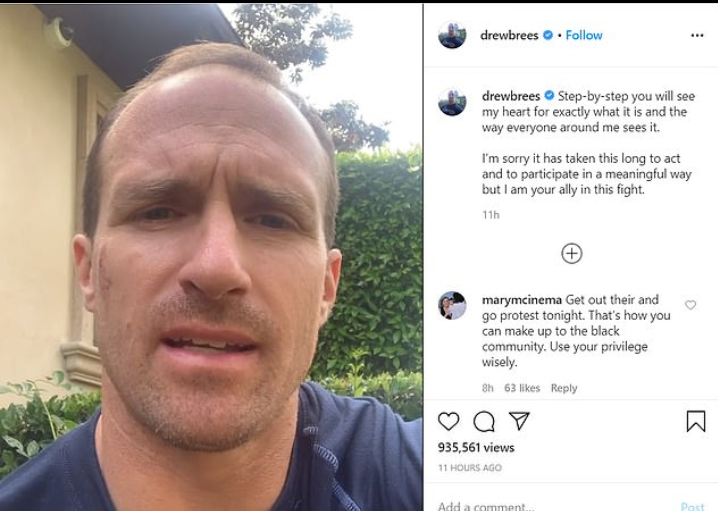 In the apology video, Brees also referenced the recent killing of Ahmad Arbery, the black man who was shot to death by a former cop and his son while he was jogging in Georgia.

‘I wish I would have laid out what was on my heart in regards to the George Floyd murder, Ahmaud Arbery, the years and years of social injustice, police brutality and the need for so much reform and change in regards to legislation and so many other things to bring equality to our black communities,’ Brees said. 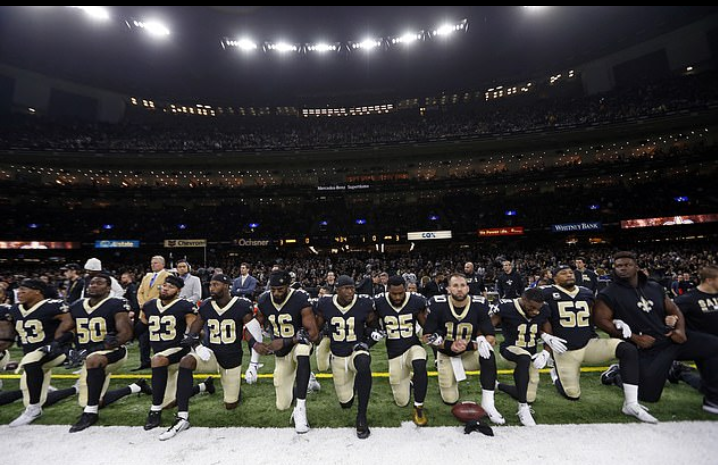 ‘I am sorry and I will do better and I will be part of the solution and I am your ally.’

When Brees expressed his position on the anthem three years ago, he was one of many voices in a crowded conversation about Colin Kaepernick and other NFL players raising awareness about racist police brutality by refusing to stand for the Star-Spangled Banner. 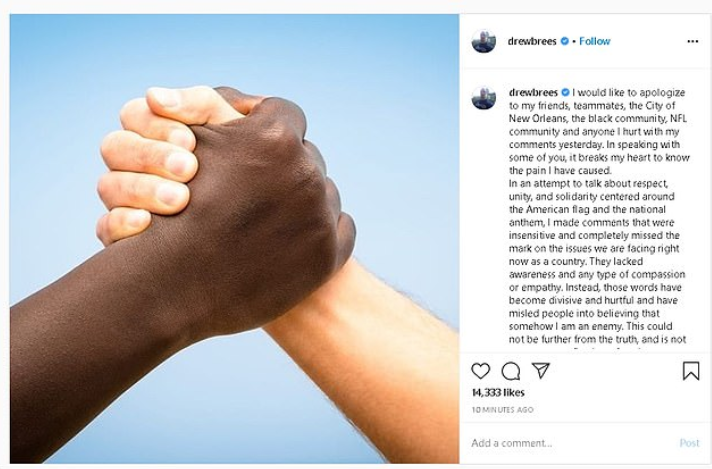 But when he repeated it Wednesday, pointing to his World War II veteran grandfathers to explain his objection, the Saints quarterback learned in humbling fashion how times have changed.

Brees’s comments were blasted by LeBron James and several other famous athletes, not to mention members of the New Orleans Saints — most notably record-setting wide receiver Michael Thomas, Brees’s favorite target, and veteran safety Malcolm Thomas, who told Brees to ‘shut the f*** up’ in his own social media video. 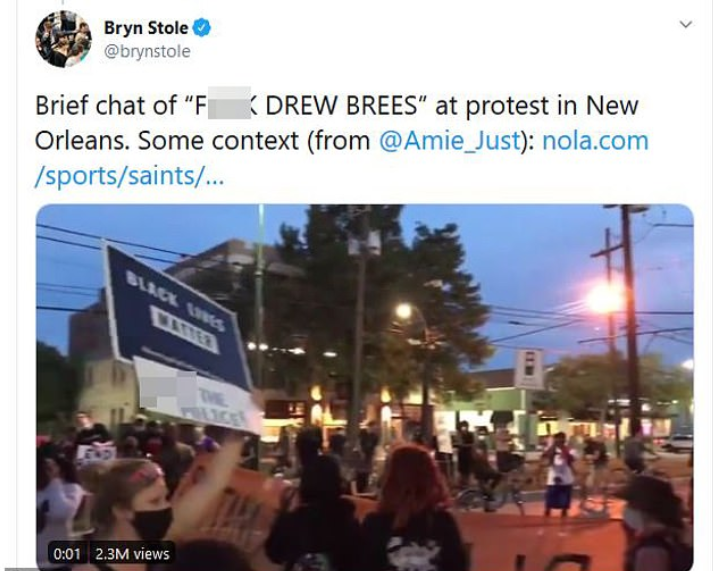 Some Saints fans were seen burning his replica jersey, while other demonstrators in New Orleans could be heard chanting ‘f*** Drew Brees.’

Thomas, linebacker Demario Davis, and some other Saints players have since accepted Brees’s apology.

‘One of my brothers made a public statement yesterday that I disagreed with,’ Thomas wrote on Twitter. ‘He apologized & I accept it because that’s what we are taught to do as Christians. Now back to the movement! #GeorgeFloyd.’

Last year, Brees took heat for recording a public service announcement promoting ‘Bring Your Bible to School Day’ for the group Focus on the Family, which has actively campaigned against gay rights. Brees said he never meant to associate himself with anti-gay messaging and took issue with anyone who accused him of doing so. He also stood by his message in the video.