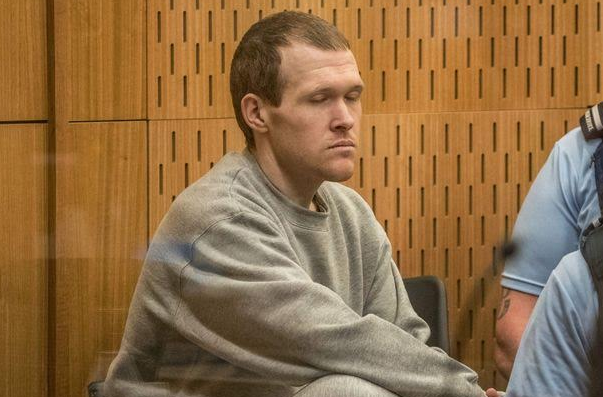 A terrorist who gunned down 51 people at two mosques in New Zealand’s worst-ever massacre has been jailed for life without the possibility of parole.

White supremacist Brenton Tarrant live-streamed video on Facebook as he sprayed bullets at innocent children and adults attending Friday prayers at the Al Noor and Linwood mosques on March 15, 2019.

High Court Judge Cameron Mander described the killings as “brutal and beyond callous”. “Your actions were inhumane,” he told the emotionless 29-year-old. “You showed no mercy. You are not only a murderer, but a terrorist. You sought to essentially attack New Zealand’s way of life.”

Tarrant was sentenced after the High Court in Christchurch heard from dozens of grieving relatives and attack survivors, who confronted the killer during a four day hearing that began on Monday.

It’s the first time in New Zealand history that such a sentence has been passed, and during the hearings many of the familes had urged the judge to give the Australian national the most severe punishment possible.

Judge Mander said a finite term would not be sufficient given the horrific nature of his murderous spree.

“Your crimes, however, are so wicked that even if you are detained until you die it will not exhaust the requirements of punishment and denunciation,” said Mander in handing down the sentence. “As far as I can discern, you are empty of any empathy for your victims,” he said. “The hatred that lies at the heart of your hostility to particular members of the community that you came to this country to murder has no place here – it has no place anywhere.”

The killer pleaded guilty to all charges in March this year, which include 51 charges of murder, 40 charges of attempted murder and one charge of committing a terrorist act.

Prosecutors told the court that Tarrant wanted to instil fear in those he described as invaders and that he carefully planned the attacks to cause maximum carnage.

His rampage shocked the world and prompted to a ban on firearms in New Zealand and a campaign against hate content online led by Prime Minister Jacinda Ardern, a response that was hailed as a model for other countries.

Tarrant stormed into the Al Noor mosque in Christchurch on March 15 last year, spraying bullets on worshippers, including women and children, before attacking another neighbouring mosque.

He was arrested on the way to a third attack and has been in custody since.