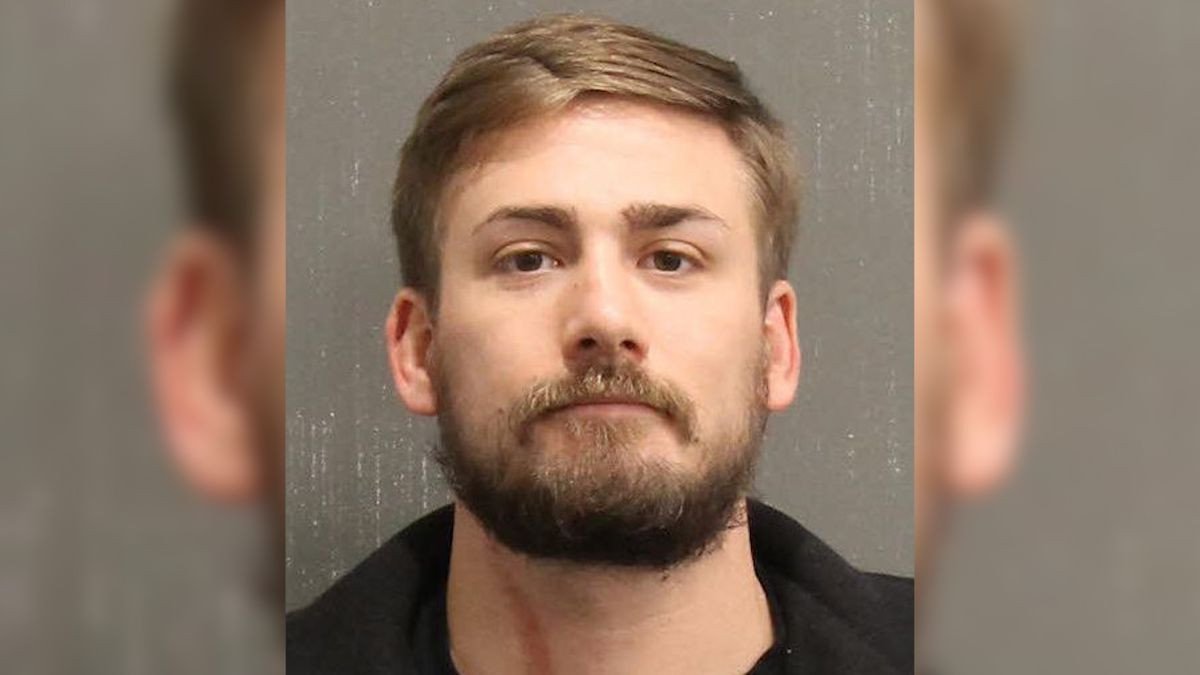 Larry Rendell Brock and Eric Gavelek Munchel who have been linked to the deadly assault on the U.S. Capitol on January 6, have been arrested by the FBI.

The men were seen in pictures of the riot, occupying the chambers of Congress while wearing tactical gear and holding plastic zip ties. 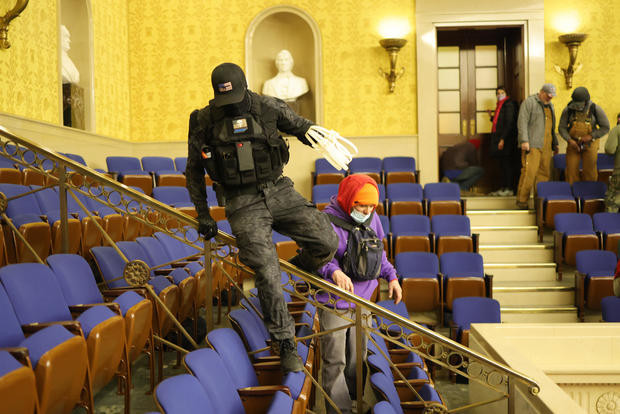 The Justice Department said Munchel was arrested in Tennessee on Sunday January 10, and charged with one count of knowingly entering or remaining in any restricted building or grounds without lawful authority and one count of violent entry and disorderly conduct on Capitol grounds.

A law enforcement source told CBS News that “a load of weapons” was found at Munchel’s residence and they are assessing whether they were legally owned.

Munchel is accused of being the man “carrying plastic restraints, an item in a holster on his right hip, and a cellphone mounted on his chest with the camera facing outward, ostensibly to record events that day.” 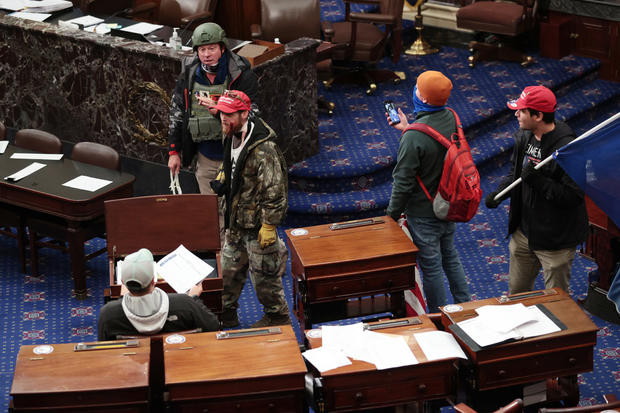 Brock on the other hand was arrested in Texas on Sunday January 10, and charged with the same crimes as Munchel, the Justice Department said. The department alleged that Brock is the man seen in multiple photographs from the riots wearing a green helmet, tactical vest and black and camo jacket while also carrying plastic zip ties.

Brock was identified as a retired Air Force lieutenant colonel by John Scott-Railton, a senior researcher at Citizen Lab at the University of Toronto’s Munk School. According to an affidavit, Brock’s ex-wife called the FBI on January 8 after she recognized photos of him.

The suspect is a second member of the Air Force to be implicated in the Capitol Hill riot. Ashli Babitt, the woman shot and killed by Capitol Police during Wednesday’s siege, was a U.S. Air Force veteran.