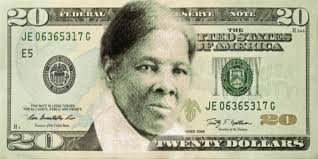 The Joe Biden administration has revived plans to put Harriet Tubman on $20 bill note after the process was delayed under Trump’s administration.

Harriet Tubman was a 19th-century abolitionist and political activist who escaped slavery, then took part in the rescues of hundreds of enslaved people, using the network of activists and safe houses known as the Underground Railroad.

In 2016, Barrack Obama decided Tubman should replace Andrew Jackson on the $20 bill. But Donald Trump, who placed a portrait of Jackson prominently in the Oval Office, blocked the Obama plan.

Joe Biden has now revived it with White House press secretary Jen Psaki telling reporters on Monday the treasury was “exploring ways to speed up” the process and adding: “It’s important that our money reflect the history and diversity of our country.”

“The Treasury Department is taking steps to resume efforts to put Harriet Tubman on the front of the new $20 notes,” said White House press secretary Jen Psaki after a question from a reporter.

The president has also replaced the Jackson portrait in the Oval Office with one of Benjamin Franklin, who appears on the $100 bill.

Psaki also said specifics on a new timeline for introducing a redesigned $20 note with Tubman would be announced when finalized by the Treasury Department.