Emmanuel's Blog
Home Blog Biden inauguration rehearsal is called off as fire breaks out at a... 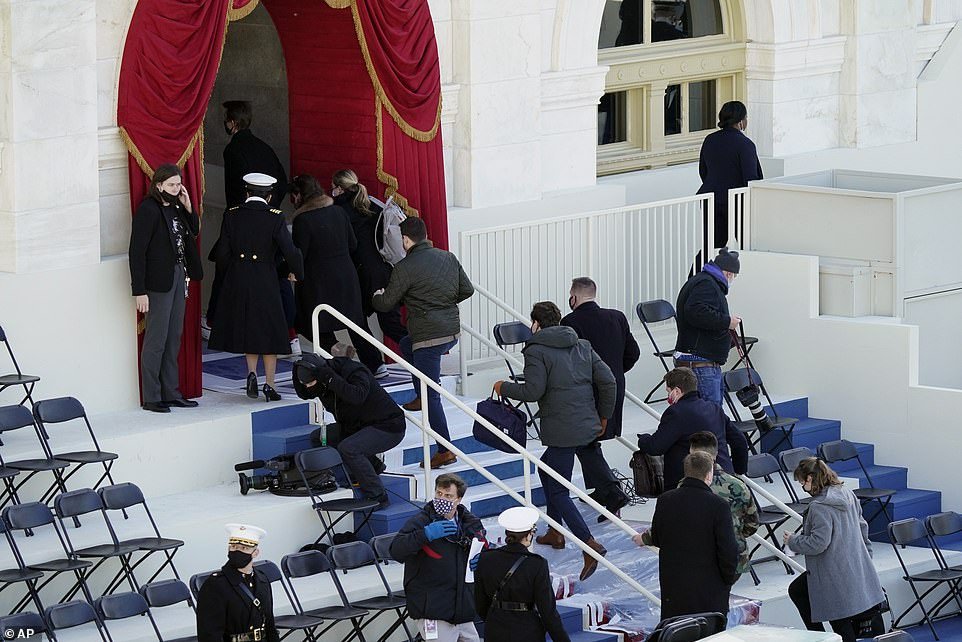 A rehearsal for the inauguration of US President-elect, Joe Biden and Vice President-elect Kamala Harris on Monday morning had to be called off after fire broke out beneath a bridge behind the US Capitol Building amid fears of an imminent ‘insider attack.’ 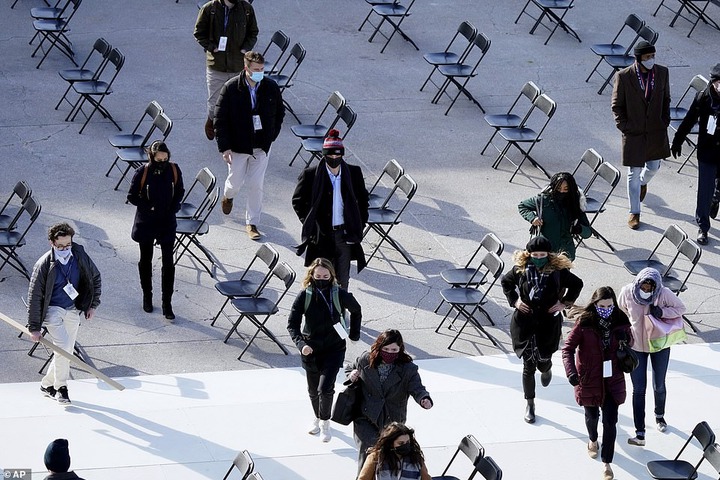 Staffers in attendance for the rehearsal were immediately evacuated and directed to head indoors and moved in the direction of a secure location inside the Capitol complex.

The fire department tweeted shortly before 11am that no one was injured and that the smoke was coming from a nearby fire caused by a homeless woman using propane inside her tent on H Street South East. 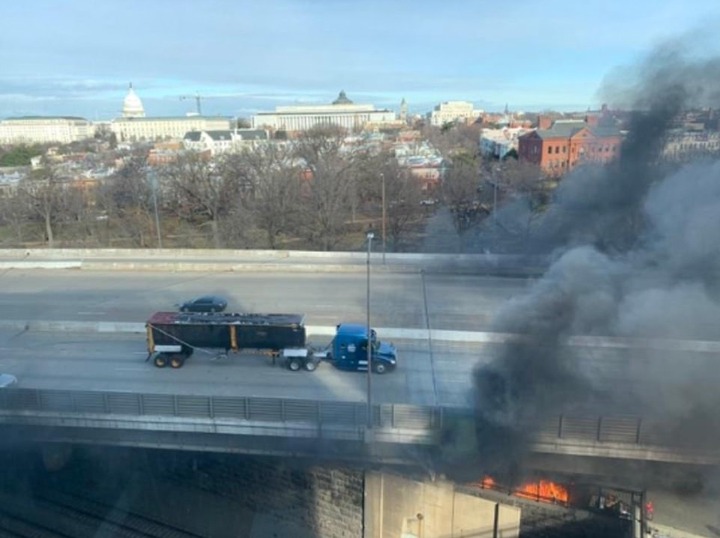 It came amid growing fears of an insider attack on the event after the Capitol Building riot on January 6 claimed the lives of five people including a police officer. 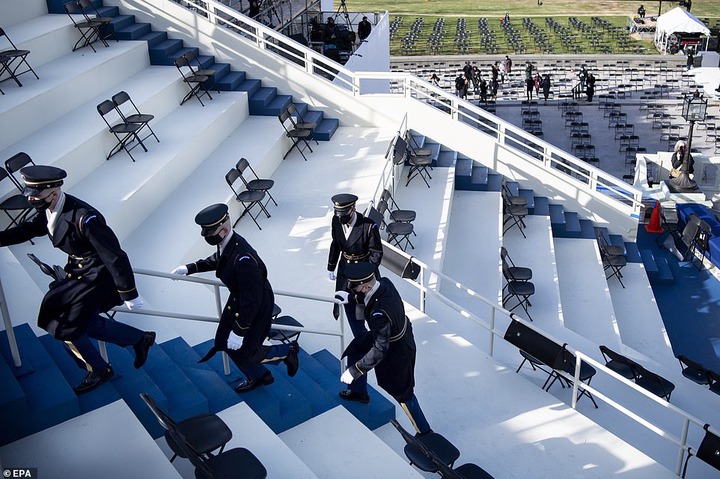 The security for Wednesday’s inauguration will be on a larger scale than any other in recent history as 25,000 armed National Guardsmen will be in Washington DC for it. Many have already been there since the aftermath of the January 6 MAGA mob riot. 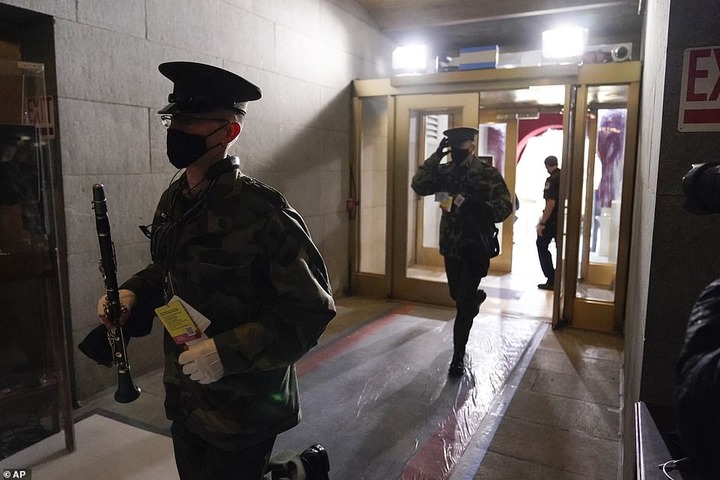 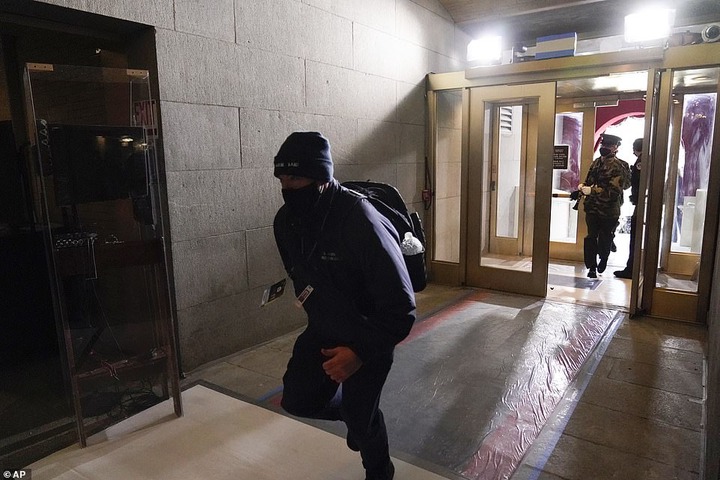