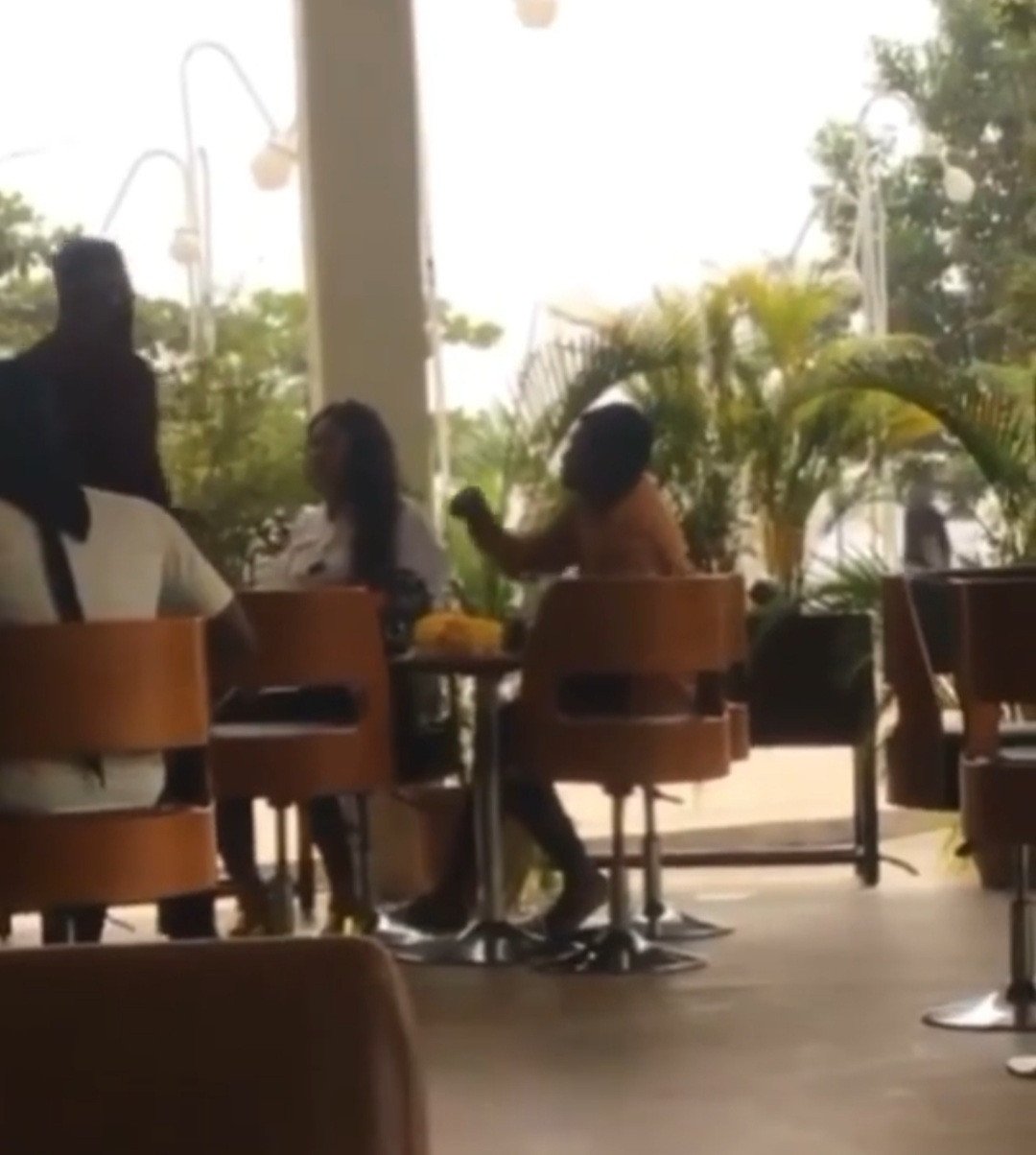 A man who caught his girlfriend out having lunch with another man confronted her then humiliated her by collecting the wig and footwear he bought for her.

Despite efforts from the woman to reason with him and hold on to the wig and slippers, the man snatched them from her.

While this was going on, the man she was out with stood up and walked out.

Others in the restaurant are heard condemning the action but no one stands to do anything.