Emmanuel's Blog
Home Blog ‘US sanctions will not be lifted before talks with Iran – Joe... 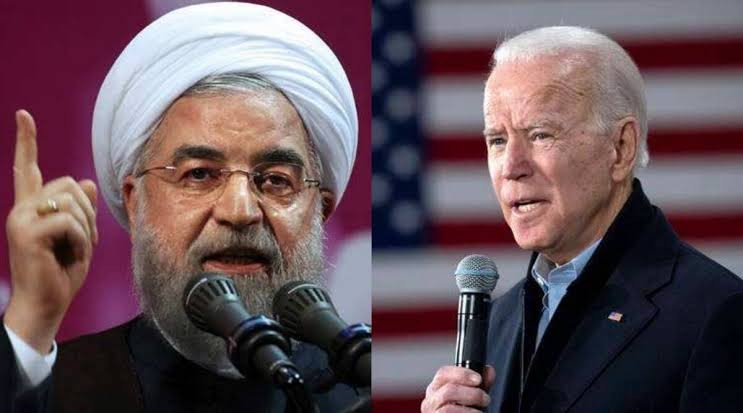 US President, Joe Biden has stated that he will not lift economic sanctions put by the Trump administration on Iran until it complies with the terms agreed under a 2015 nuclear deal.

The 2015 deal aims to limit Iran’s nuclear programme, with sanctions eased in return.

Former President Donald Trump, however, withdrew the US from the deal in 2018 and re-imposed sanctions, leading Iran to roll back on a number of its commitments.

Biden made the revelation in a CBS News interview aired on Sunday even though Iran’s Supreme Leader, Ayatollah Ali Khamenei, said his country would only return to compliance if the US first lifted all economic sanctions.

In a short clip of the interview published on Sunday, Biden was asked if he would halt economic sanctions to bring Tehran back to the negotiating table, and he replied: “No.”

The president also talked about the US relationship with China.

He said there was no reason for Washington to be drawn into direct conflict with Beijing, but that both sides would engage in what he called “extreme competition” on the global economic stage.

Iran has been increasing its stockpile of enriched uranium which can be used to make reactor fuel, and also nuclear bombs.

Under the terms of the 2015 nuclear deal – an agreement reached between Iran, the US, China, France, Germany, Russia and the UK – Tehran agreed to limit its uranium enrichment and allow international inspectors to access sites and facilities.

In return, sanctions imposed on Tehran were lifted.

Trump withdrew the US from the deal, in order to force Iran to negotiate a new accord, and reinstated economic sanctions.