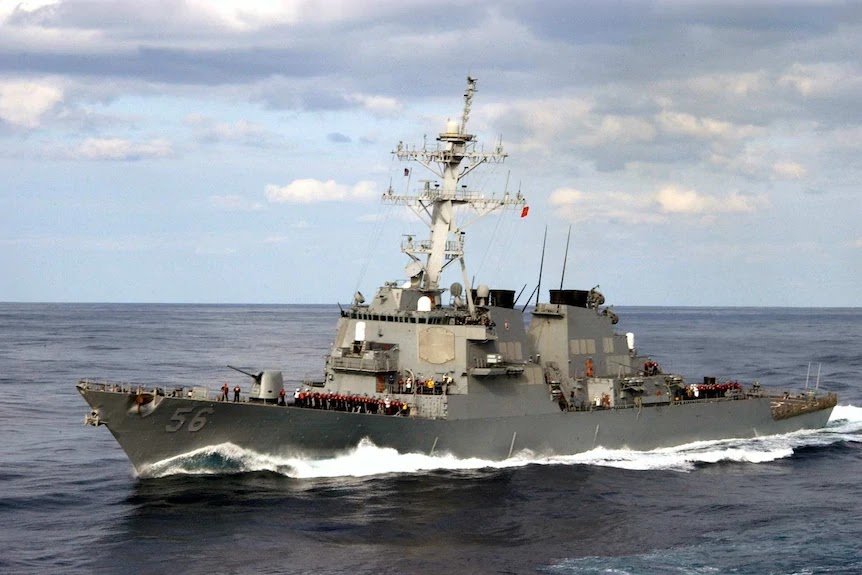 The United States military sent a guided-missile destroyer through the Taiwan Strait on Thursday, the first time a US military warship has gone through the waterway that separates China and Taiwan since Joe Biden became US president, the US Navy has announced.

The USS John S McCain left it’s base in Japan and made the routine transit in accordance with international law, Lt. Joe Keiley, a spokesperson for the US Navy’s 7th Fleet, said in a statement on Friday, February 5th.

“The ship’s transit through the Taiwan Strait demonstrates the US commitment to a free and open Indo-Pacific. The United States military will continue to fly, sail and operate anywhere international law allows,” Keiley said.

China claims full sovereignty over Taiwan, a democracy of almost 24 million despite the fact that the two countries have been governed separately for more than seventy years.

In a statement late on Thursday, Chinese time, the Eastern Theatre Command of China’s People’s Liberation Army said its forces had followed and tracked the ship.

“The US move is a repeat of its old trick of ‘mixed manipulation’ of the situation across the Taiwan Strait, deliberately creating tensions and disrupting regional peace and stability. We are resolutely opposed to this,” it said.

“No matter how the situation in the Taiwan Strait changes, theatre troops will loyally perform their duties and mission, resolutely safeguard national sovereignty, security and territorial integrity.”

Taiwan has been one the first big foreign policy challenges for US President Joe Biden, as Trump regularly challenged China’s presence in the area by sending warships during his tenure.

US warships transited the waterway 13 times in 2020, and the last transit occurred on New Year’s Eve when the McCain and a second destroyer, the USS Curtis Wilbur, went through the strait.

During former President Donald Trump’s administration, the US approved the sale of sophisticated military hardware to Taiwan, including F-16 fighter jets, advanced missiles and main battle tanks, while sending high-level envoys to the island.

And the Biden administration says it will continue with Trump’s policy.

“There’s been a strong and long bipartisan commitment to Taiwan,” new US Secretary of State Antony Blinken said during his confirmation hearing last week.

“Part of that commitment is making sure that Taiwan has the ability to defend itself against aggression. And that is a commitment that will absolutely endure in a Biden administration.”