Emmanuel's Blog
Home Blog Woman accidentally sends a photo of herself enjoying a huge bottle of... 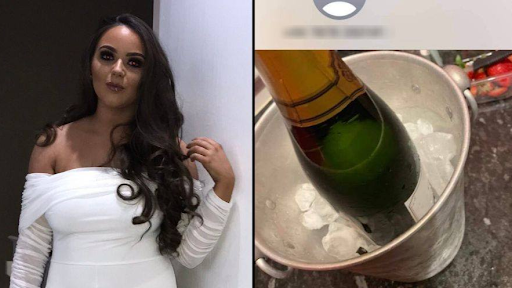 A woman was left embarrassed after she accidentally sent her boss a photo of herself enjoying a bottle of champagne at a party just after telling him she couldn’t make it to work.

20-year-old Roberta Clark from Drumchapel, Scotland, texted her boss to inform him that there was no way she could make it into work due to severe weather conditions in Glasgow, where residents have been battling with plummeting temperatures and snow in recent weeks. 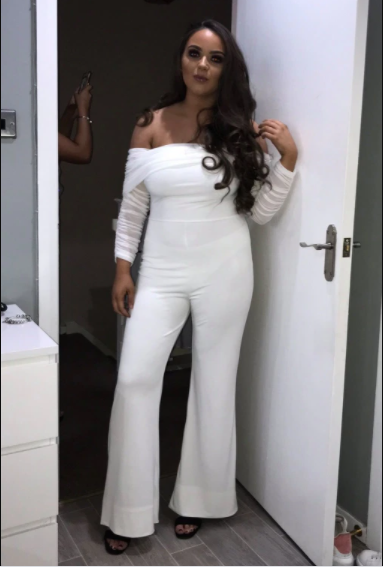 Roberta, an electrician, had been attending a gender reveal party for a pregnant friend in the town of Cumbernauld when her boss reportedly called her into work.

However, the young lady who was enjoying herself at the party, told her manager that she wouldn’t be able to make it, due to the heavy snow.

A few moments after she sent him the text, Roberta accidentally sent another message: with a photo of a huge bottle of champagne on ice.

“Dare me to pop that” she wrote underneath. 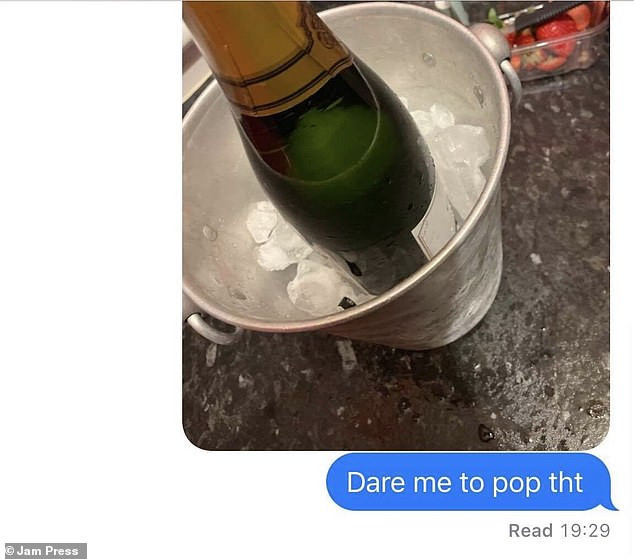 Realizing what she had done, she quickly sent another message apologising, writing: “I’m so sorry I meant to forward that to someone else.

I’m at a baby reveal I’m so sorry was not meant for you.” 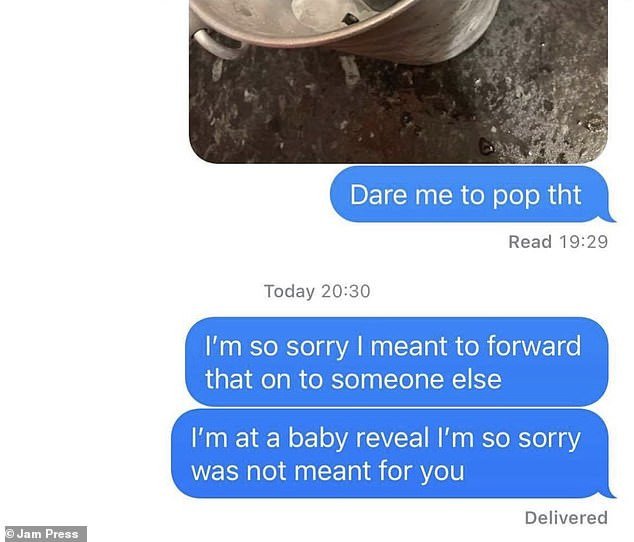 Her girlfriend, Shannon Watson, 21, who knew about her mishap, shared the awkward text exchange on Twitter.

“She was left mortified,” Shannon said.

“After she accidentally messaged him the photo, she got really worried but thankfully he replied saying, ‘see you tomorrow!’.”