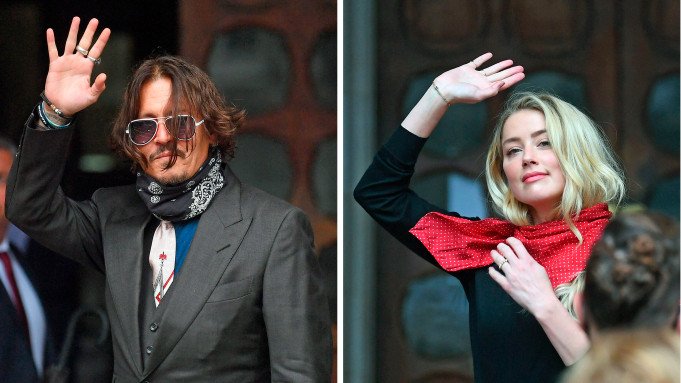 Hollywood actor, Johnny Depp’s appeal to overturn a damning high court ruling which backed a report that he assaulted his ex-wife Amber Heard and left her in fear for her life, has been struck out.

The actor was denied an appeal in his U.K. libel case against The Sun publisher, News Group Newspapers, after he sought to overturn the 2020 ruling of the tabloid accurately calling him a “wife beater.”

After a highly publicized three-week trial in 2020, Justice Nicol ruled that the label was “substantially true” regarding his relationship with ex-wife Amber Heard.

The actor asked the court of appeal to grant permission for him to challenge the ruling, with the aim of having its findings overturned and a retrial ordered. Part of Depp’s argument relied on further evidence that Heard had not yet given away most of the $7m (£5.1m) she received in her divorce settlement, which she had said she was donating to charity.

However following a hearing last week, the court on Thursday March 25 refused Depp’s permission to appeal. Lord Justice Underhill and Lord Justice Dingemans emphasised that an appeal against the trial judge’s decision on questions of disputed fact faced serious difficulties.

“We do not accept that there is any ground for believing that the judge may have been influenced by any such general perception as Mr Caldecott relies on.

“In the first place, he does not refer to her charitable donation at all in the context of his central findings.

“On the contrary, he only mentions it in a very particular context … and after he had already reached his conclusions in relation to the 14 incidents.

“We refuse Mr Depp’s application to admit further evidence in support of his proposed appeal and we conclude that the appeal has no real prospect of success and that there is no other compelling reason for it to be heard. We accordingly refuse permission to appeal.”

The UK judgement came ahead of his $50 million defamation suit against Heard in the United States, set to begin on April 11, 2022. The actress herself is pursuing a $100 million countersuit.