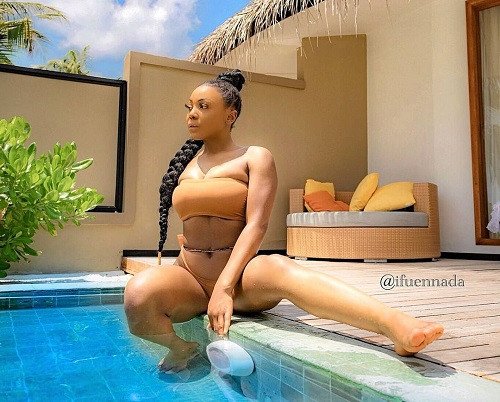 Writing about Sex, Money, and Love in a series of posts on her Instagram stories, Ifu stated that money is sweeter than sex and that the ‘peace of mind money gives can’t be compared to the temporary pleasure of sex.’

She also advised people to focus on making money, instead of prioritizing sex, which she claims will leave them in ‘shambles.’

The BBNaija also stated that people should choose money over sex because one can live without sex, but can’t live without money.

In one post, Ifu wondered why men turn to ‘devil’ when they fall out with the partners they once claimed to love.

She said men become angry beasts and desperately use vile weapons against a woman they claim they once loved. According to her, if love ever turns to hate it was never love.

In another post, the reality star said that true love is almost dead because some people are in ‘lust with physical appearance or material things.’

She explained that her post was triggered by a sad situation and that she’s a victim of a ‘wicked man’ who treated her so badly.

See her posts below.