Emmanuel's Blog
Home Blog Dying Woman Tells Her Parrot Of 25 Years “I Love You” For... 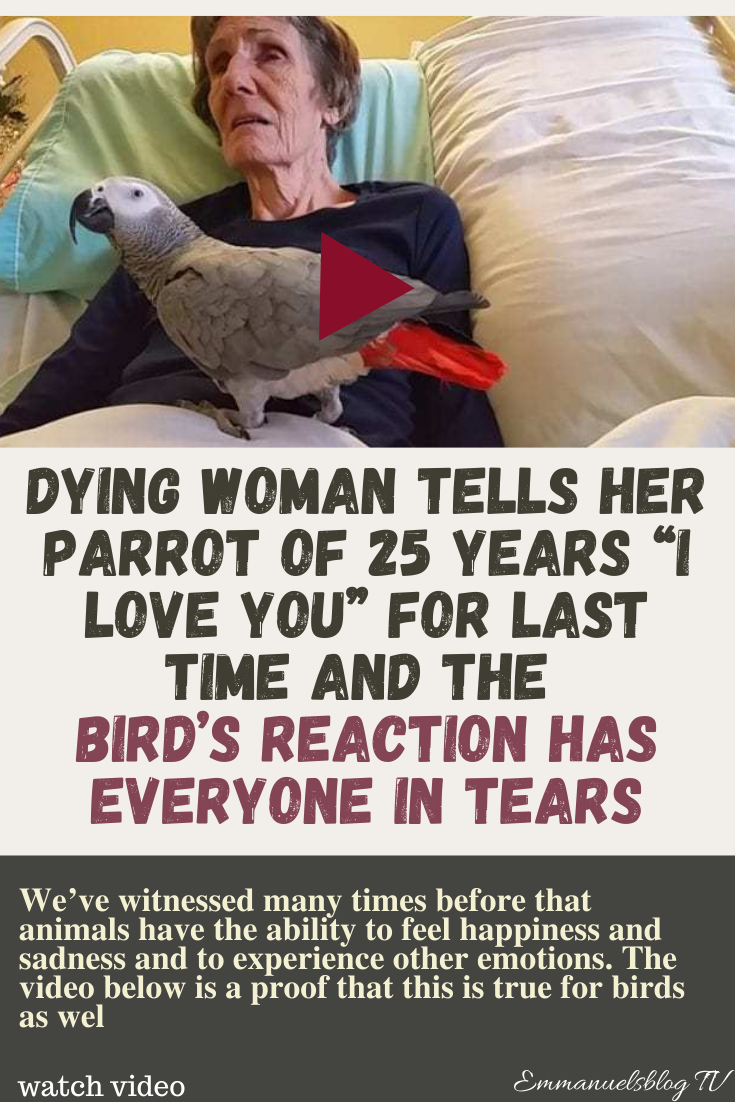 We’ve witnessed many times before that animals have the ability to feel happiness and sadness and to experience other emotions. The video below is a proof that this is true for birds as well. Sinbad, an African Grey parrot, is staying by his owner’s side during the last days of her life.

The two have been companions for 25 years and now the time has come for this magnificent bird to say the final goodbye to the person he shared his life with. Parrots are known to be very emotional creatures and Sinbad is aware he is about to lose his friend because African Greys are keen observers of the people’s facial expressions and body language and they can easily sense when something is not right.

These birds are believed to possess the mental and emotional capacity of a 5-year-old child, which makes them even smarter than the dogs, and certainly smartest among any other kind of pets. Among other things, scientist believe they can feel love, happiness, loneliness, boredom, jealousy, anger, depression, and most thrilling of all, empathy.

When they bond with someone on a deeper and more emotional level, the parrots find in those people real friends and it’s not unusual for these birds to grief the loss of the one they love. In cases like this they can be given antidepressant that serve to ease their emotional pain.

Sinbad is usually very talkative, but now the only thing he wants is to stay silent next to the hospital bed of his owner. The owner’s daughter captures the amazing moment when her mother whispers ‘I love you’ to Sinbad and it’s so adorable that it touched the hearts of many.