Emmanuel's Blog
Home Uncategorized Ex-Pandora employee exposes customer buying a ring each for his girlfriend and... 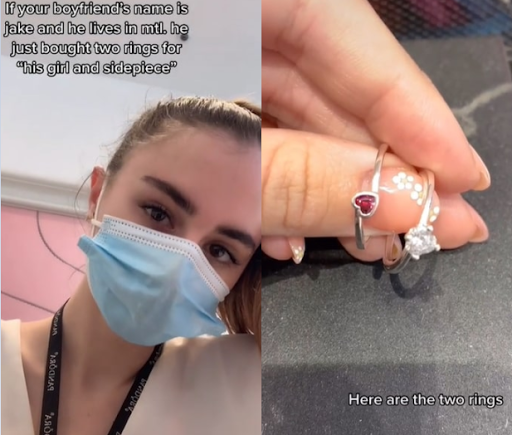 A former Pandora employee took to TikTok to expose a man who is dating two women and buying rings for both of them.

Eli, who goes by the username @ferreiroroche, announced online that if you live in Montreal and you’re dating a guy named Jake, then she has a message for you.

She then proceeded to reveal in a now-viral video that a customer named Jake bought two rings, one for his girlfriend and the other supposedly for his “sidepiece”.

She shared photos of the ring so that the women who received them will know what their man has been up to.

“If your boyfriend’s name is Jake and he lives in mtl. he just bought two rings for his ‘girl and his sidepiece’,” she wrote. 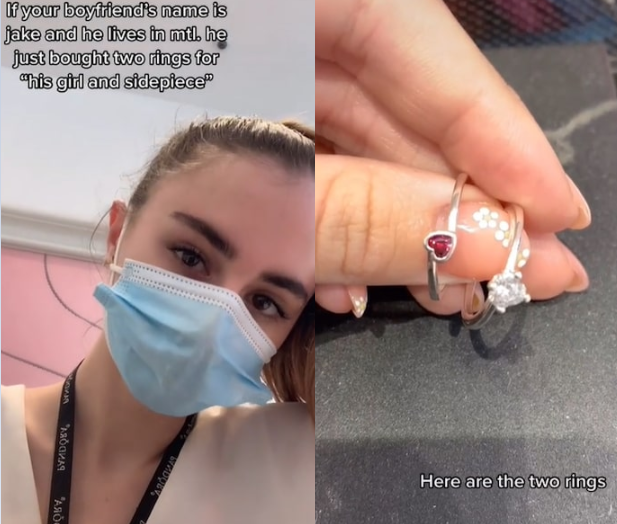 “You deserve better!” she added then captioned the video: “Gotta support my girls.”

The post garnered lots of views and comments, with TikTok users wanting to know more.

“Wait he told you who they were for?” one commenter asked.

She replied: “yep after I asked if he wanted me to give him one or two gift receipts.”

“It can’t be legal for u to post this,” another commenter said, criticizing her.

“How is it illegal? I’m bettering society,” she shot back.

Some told her she might lose her job as the video has gone viral and her company could see it.

In a subsequent video, she revealed she does not fear reprisal from the company because she quit already.

She said in a video caption: “I actually quit last week and waited for my last shift to expose this cheater.” 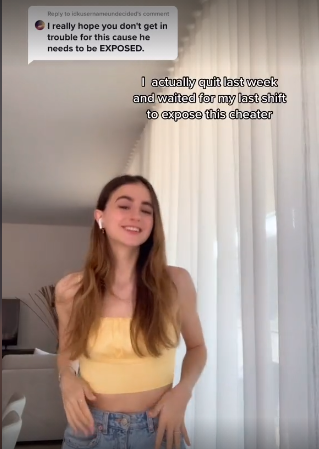