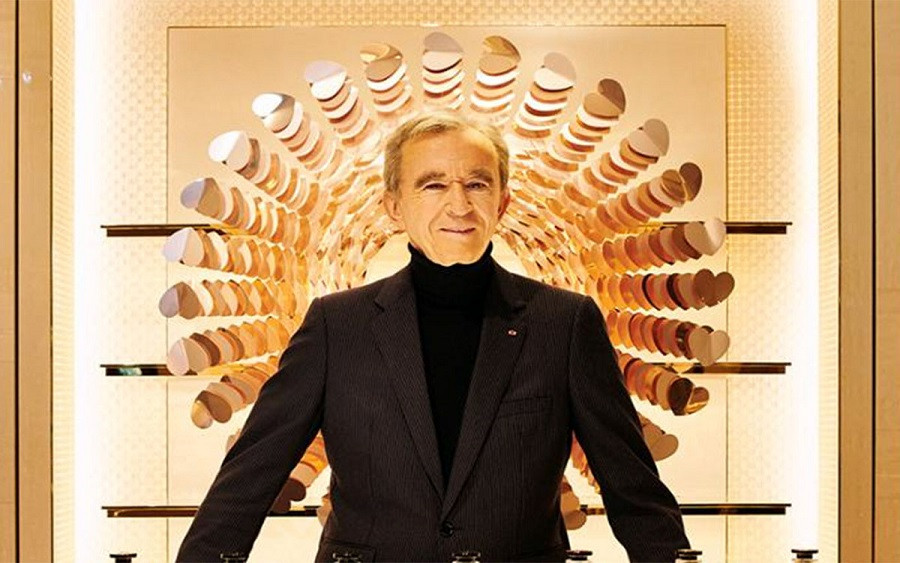 We didn’t see that coming! wow

French fashion tycoon, Bernard Arnault is now the world’s richest man after his net worth climbed to $186.3billion.

The chief executive of Moët Hennessy Louis Vuitton (LVMH) saw his luxury goods firm stock increase by 0.4 per cent during the first hours of trading on Monday, May 24.

The rise pushed Arnault’s personal stake up by more than $600million and placed LVMH’s market cap at $320billion, according to Forbes.

Arnault’s overall net worth jumped to $186.3billion, edging past Amazon CEO Jeff Bezos, who is worth $186billion, by ‘only’ $300million in the world’s rich list.

It comes just days after Arnault pushed Elon Musk, worth $147.3billion, out of his spot as the world’s second-richest man afterTesla’s share price sank.

Musk dropped out of his spot as the world’s second-richest man after his fortune sank by $3.16billion last week, to $160.6billion.

Arnault, 72, has seen his fortune jump more than $110million in the past 14 months thanks to his French luxury goods firm LVMH, which owns the likes of Louis Vuitton, Fendi, Christian Dior, and Givenchy in its portfolio of 70+ luxury brands.

How Ruthless Will King Charles Be With Prince Harry When It Comes To Protecting...

Does She Want Protein Or Money?

Wow, Words Were Exchanged. William And Catherine WERE In Charge