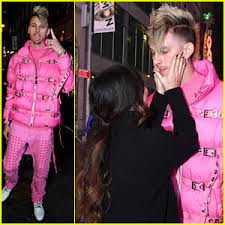 Megan Fox and Machine Gun Kelly packed on the PDA at the 2021 Billboard Music Awards on Sunday night.

The Transformers actress, 35, and Bloody Valentine singer, 31, caused the stir as they groped each other and passionately made out on the red carpet. 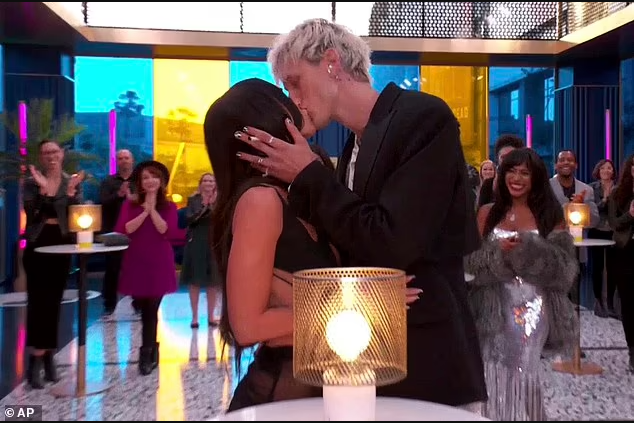 For the award, Megan rocked a revealing black Mugler dress with bold cut-outs that highlighted her full cleavage and flat abs. Singer/actor Kelly flaunted his tattooed torso by going shirtless under a classic black tuxedo jacket.

The singer won Best Rock Album and the Top Rock Artist as well at the 2021 Billboard Music Awards. 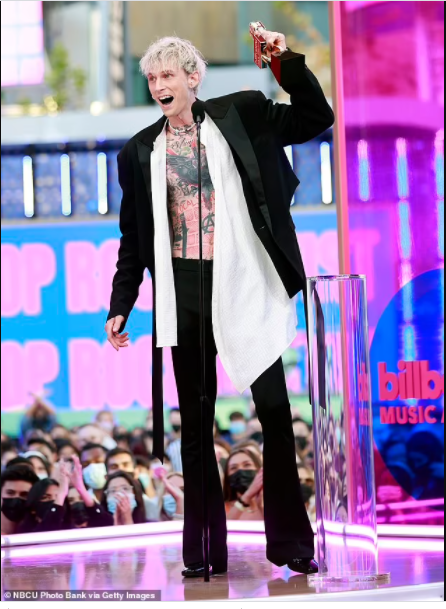 Megan and Kelly went public with their relationship in May 2020 after meeting on the set of Randall Emmett’s directorial debut, Midnight In The Switchgrass.

She later filed for divorce from her husband of 10-years, Brian Austin Green, with the ex-couple currently trying to figure out a custody arrangement for their three children. 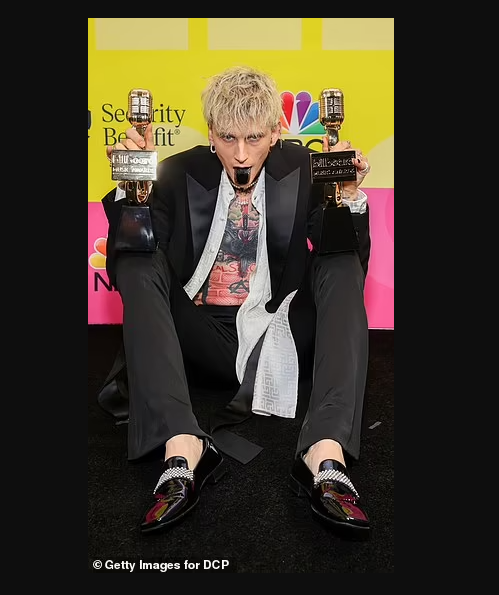 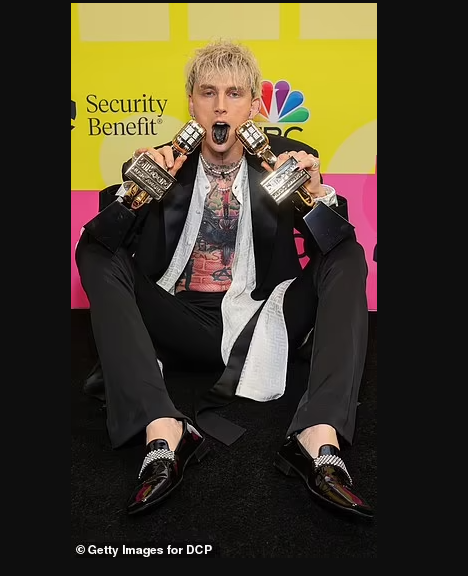