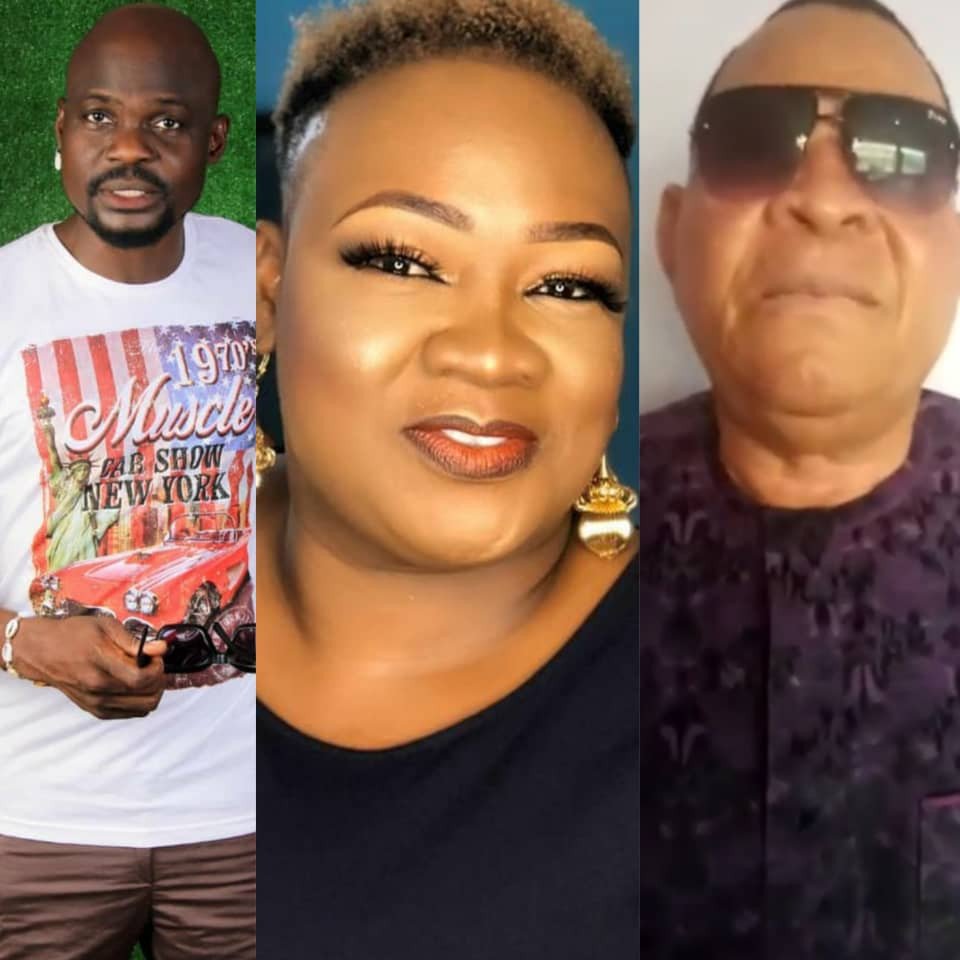 Veteran actor, Adewale Elesho, has come out publicly to appeal to comedian, Princess, to forgive Baba Ijesha who was arrested in April for allegedly defiling her foster daughter.

Princess in a video she posted last month, alleged that Baba Ijesha had defiled her foster daughter when she was seven years old and that seven years later, the daughter opened up to her about the act. She arranged with some persons and planted a CCTV in her house that captured the actor molesting the teenage victim. Read here.

Baba Ijesha was on Tuesday, May 18, granted bail by a Magistrate who visited Panti to decongest the police facility. It is however not certain whether he has met his bail conditions or not. Read here.

In a video posted by Yomi Fabiyi, actor Elesho appealed to Princess to forgive Baba Ijesha and temper justice with mercy, reminding her that they are all actors. He also pleaded with the Lagos state governor, Babajide Sanwo-Olu and the Lagos state Commissioner of Police.

”I am using this medium to plead with Princess to please temper justice with mercy because it is getting out of hand. She should please look at how she started with Baba Ijesha. She should not allow this fight to brew up something else.

Princess, please have mercy on Baba Ijesha. All of you that are fanning the fight, remember that you are artistes as well. It is today we know, we don’t know tomorrow.

I plead with the parents of the victim, whether it is true or it’s not true, it is only God that knows what we don’t know. They should take it easy.

I also appeal to the state Commissioner of Police in Lagos state to also handle the case very well.

I also beg Governor Sanwo-Olu, we are all the same thing. Ijesha is an artiste, I am also an artiste. We are the ones that helped campaign for you and we stood by you. We are the ones in need of help now, have mercy on us. It is not easy to build a name in this field. Now look at how easy to soil a name.

Princess I am begging you.’ You can imagine if Baba Ijesha dies in prison. All of you that are threatening and wailing, what would you now say? Princess you are the one I plead with the most.’he said

“He removed his private part and told me to sit on him” Baba Ijesha’s alleged victim narrates shocking details as the sexual assault trial...

Baba Ijesha: “I should never be made a scapegoat for campaigning for face trial”- Yomi Fabiyi reacts to Lagos state govt’s decision to prosecute...

“You shall not die”- Yomi Fabiyi prays for Iyabo Ojo as he reacts to video of elderly man wishing her death over her stand...

Actress Iyabo Ojo speaks as elderly man grants interview calling her a prostitute and saying she will “suffer and die” for “tarnishing” Baba Ijesha’s...