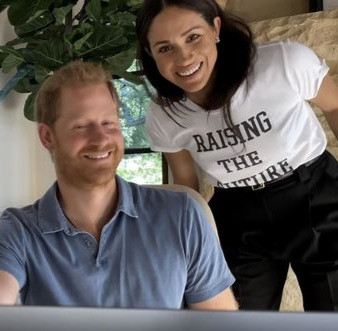 Prince Harry said that “forces” tried to make his and wife Meghan Markle’s split from the Royal Family impossible.

He said this to Oprah Winfrey on Apple TV’s new documentary series, The Me That You Can’t See.

“Without therapy and without doing the work we would not be able to withstand this.

“I’ve never had any anger through this. I’ve always had compassion. Making this move was really scary.

“At every possible opportunity the forces that were working against us tried to make it impossible.

“Did I expect to find ourselves in this situation so quickly? No.”

He said of his decision to quit as a working senior member of the Royal Family: “I think we’ve done a really good job and I have no regrets.

“It’s incredibly sad but I have no regrets at all because now I’m in a place where I feel I should have been four years ago.”

Reflecting on his late mother, Harry added that he has felt the late Princess Diana with him more in the past 12 months than ever before.

He added that he is now living the life his mother wanted.

Watch him speak in the video below.