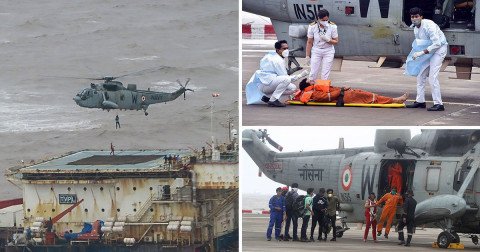 At least 33 people have died after Cyclone Tauktae, the most powerful storm to hit India in two decades – unleashed 130mph winds in Gujarat state on Monday night, May 17 sinking a barge off the coast of Mumbai Siba Jackson in India.

At least 78 people are still missing and the Indian government has deployed three Indian navy warships and helicopters to help in rescue efforts. 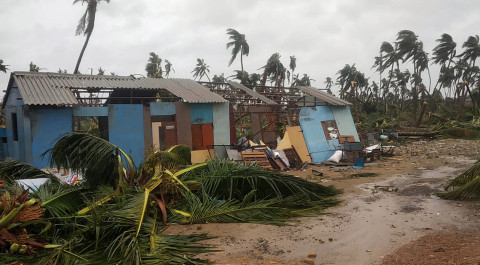 Among the victims of the tragedy are a child crushed by a collapsing wall, a teenage girl killed by a crumbling roof and an 80-year-old woman by a falling pole.

More than 16,000 homes were damaged while 40,000 trees were uprooted and almost 6,000 villages were deprived of electricity in the wake of the disaster. On Wednesday morning, May 19, hundreds of thousands of people remained without power although it has been restored to around a third of properties. 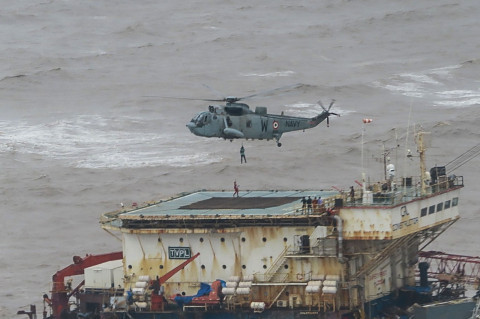 The military have now rescued more than 600 people after battling extreme weather conditions including eight metre (26ft) waves, according to the defence ministry. 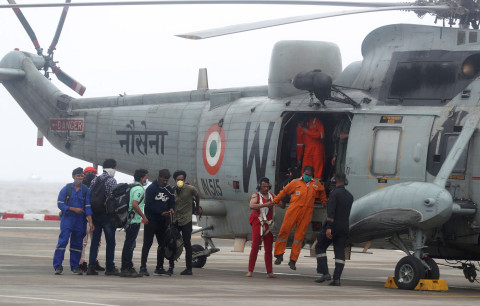 Reports say the remaining crew members could be as much as 90.

Speaking to Indian press, one survivor told how he jumped into the sea with his life jacket before he was picked up by the navy.

Another rescue operation saw navy helicopters rescue 35 crew members from a second barge that ran aground north of Mumbai. Both barges are owned by the Oil and Natural Gas corporation, the largest crude oil and natural gas company in India. The company said the crew had been deployed to complete offshore drilling but the barges’ anchors gave way during the storm.

A statement by the Indian Meteorological Department on Wednesday said the storm has now subsided into a depression centred over the south of Rajasthan state and adjoining Gujarat region.

The cyclone comes at a bad time for India as the country’s healthcare system struggles to cope with a surge in Covid-19 cases, with a record 4,529 deaths in the past 24 hours.