Emmanuel's Blog
Home Blog Student, 17, angry with his mother for exposing his illicit relationship with... 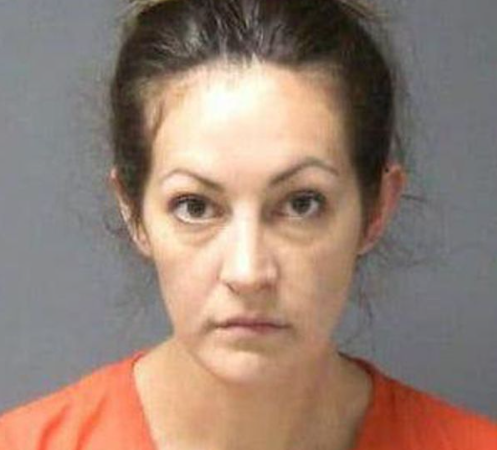 A teenager, whose teacher had sex with him, told cops he is furious with his mother for exposing the illicit relationship.

Abby Dibbs, 35, of Cross Plains, is now facing serious charges after admitting she had sex with the 17-year-old at her home in Wisconsin, USA.

The now-former Portage High School teacher has been charged with two counts of sexual assault of a student by school staff.

Police said she has admitted to having sex with the boy twice, according to a criminal complaint.

Portage police said in a statement that the teacher was arrested for sexual assault of a child on Wednesday, May 26, after the Portage Community School District administration contacted police.

Dibbs has reportedly admitted the student came to her home on Friday and Saturday the weekend before, and they had sex twice. She also said they discussed how they felt about each other and how there were lines they couldn’t cross, but then decided to cross those lines.

A detective also spoke to the student, who said he had sexual intercourse with Dibbs twice over the weekend, once in the bedroom and once in the living room.

The teenager then went on to tell the officers he was actually in love with Dibbs.

He also revealed he is upset about the person who “snitched” along with his own mother who had told officers the person did the right thing revealing the relationship as it was not appropriate.

A pre-trial conference is scheduled for July 26.

The Portage School District released a statement saying they were working with law enforcement.

“This teacher is no longer employed by the Portage Community School District and will not be returning to the classroom. Upon learning of this matter, the District responded immediately and contacted law enforcement, ” the statement said.

“The District will not be commenting further to ensure that there is no disruption to the investigation by law enforcement and to protect the privacy of others involved.”

“We feel confident that the high school and all district buildings are safe and secure for all students and staff. We appreciate the efforts of our law enforcement in addressing this matter.

“District officials will continue to monitor our schools to ensure a safe environment.”