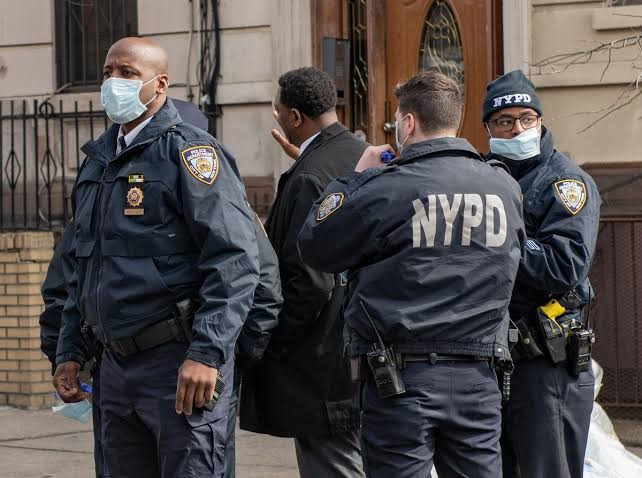 A woman who ran naked into the ocean in Far Rockaway, Queens, New York washed up on the beach dead nine hours later, Police authorities have revealed.

The woman, believed to be in her 60s, stripped off her clothes and ran into the Rockaway Inlet off Beach 17th St. and Seagirt Blvd. about 9 p.m. on Saturday, police say.

Moments later, eyewitnesses saw the woman struggling in the water about 30 feet from shore and screaming for help.

First responders arrived. but the woman had already been pulled under by the wave and ‘disappeared’, officials said.

Hours later, at about 6 a.m. the next morning, the woman was found dead on the beach near where she disappeared, police on Tuesday, May 25, revealed.

As at press time police are still trying to determine her identity.