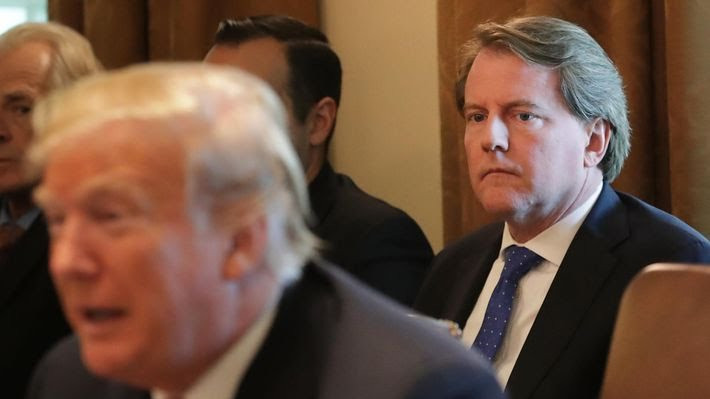 Donald McGahn, a White House special counsel during the Trump administration, was informed last month by Apple that his personal data had been turned over without his knowledge to the Justice Department in 2018 according a new shocking report by the New York TImes, the latest alleged data seizure during President Donald Trump’s time in the White House.

According to two unnamed sources who spoke to the New York Times, Apple, famed for its company policy of customer data privacy and protection, complied with the government subpoena and sent the Justice Department data regarding accounts belonging to both McGhan and his wife in February 2018.

As at press time it’s still unclear what the federal agents were investigating or what Apple handed over.

The time period when Apple was allegedly served a subpoena also came amid an investigation into former Trump campaign head Paul Manafort over his dealings with Russian officials.

Manafort was later sentenced to prison for tax and bank fraud before being pardoned by Trump in 2020.

At the time Manafort was being investigated, the New York Times reported Trump was angry with McGahn after he refused to direct the Justice Department to fire special counsel Robert Mueller, who was leading the investigation into Manafort, after which Trump accused McGahn of leaking information to the press.

According to the Times report, their sources say Apple had been instructed by investigators to not inform McGahn of the data seizure.

For McGhan to have been informed by Apple in May means that the Justice Department may have gone to a judge for years to keep the subpoena hidden throughout Trump’s time in office.

The report comes after the New York Times also reported this weekend how the Justice Department under Trump also subpoenaed Apple for data from Demoratic lawmakers in Congress, allegedly part of an investigation into leaks of classified information.

In May, Joe Biden’s administration revealed the Justice Department even seized journalists’ phone records during Trump’s time in office. Journalists at CNN, the New York Times, and the Washington Post were targeted in the seizures.

Trump wanted to shut down all embassies in Africa – Former US Defence Secretary, Mark Esper says