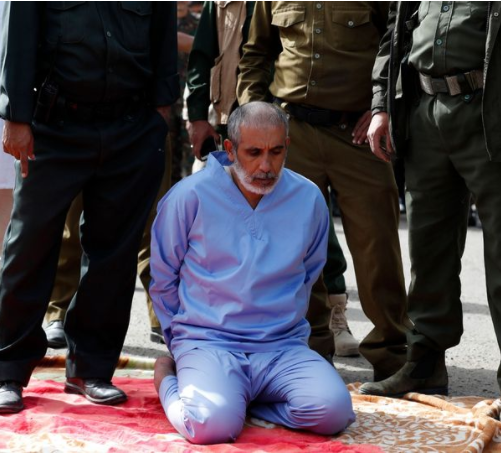 A father was publicly executed in Yemen after being found guilty of murdering his three daughters.

Ali Abdullah al-Noami was sentenced to death by public shooting. 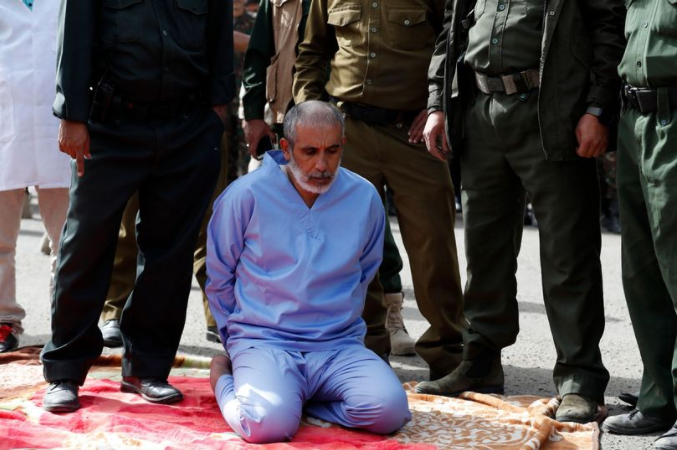 Along with two other convicted child-killers – Abdullah Ali al-Mukahali, 38, and Mohammed Abdullah Arman, 33 – the 40-year-old was led out into Tahrir Square in the centre of Yemen’s constitutional capital Sana’a and made to kneel on a red carpet.

An executioner wielding a Kalashnikov AK-47 assault rifle then shot all three men in the back in full view of a large crowd of spectators, some of whom were filming the executions on their mobile phones and video cameras. 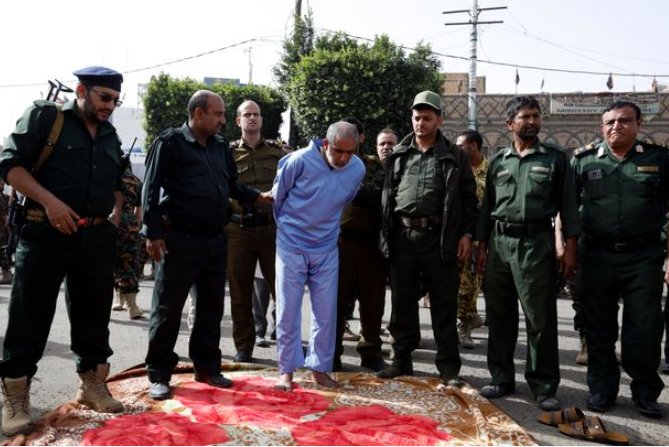 Current laws in Yemen allow the death penalty for a wide range of crimes including murder, kidnapping, rape, adultery, homosexuality, and a number of religious offences.

After the three men were shot, a medic quickly checked each body to ensure that they were all dead. 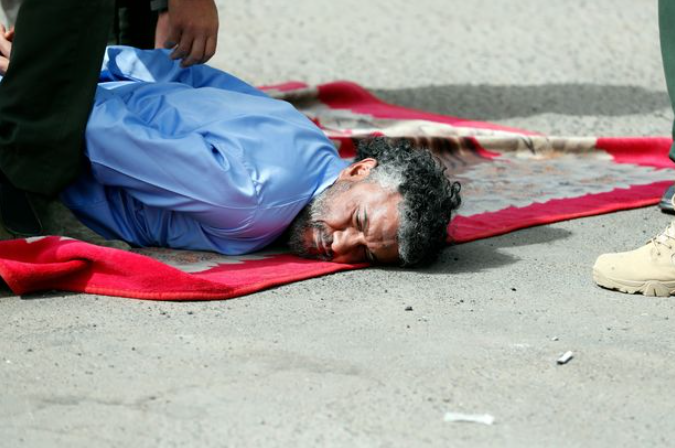 Abdullah Al-Makhali, convicted of raping and murdering a boy, was also executed publicly

All three bodies were wrapped in white body bags, which soldiers in camouflage uniforms then carried away. 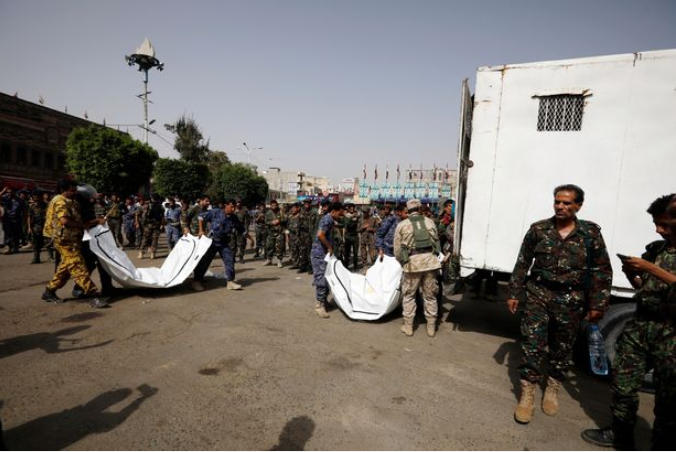 It was the first public execution in the city since August 2018, when three men convicted of raping and killing a child were shot, and then had their bodies displayed hanging from a crane.