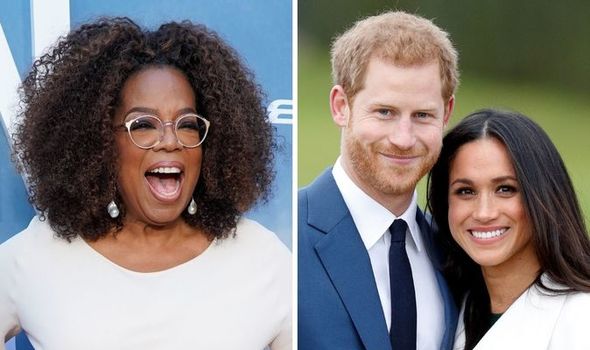 Oprah Winfrey has opened up on the role she thinks she will play in Prince Harry and Meghan Markle’s baby girl Lilibet’s life.

The American TV icon, who is close pals with the Duke and Duchess of Sussex, says she expects the couple – who welcomed daughter Lilibet Mountbatten-Windsor on June 4 – may not formally ask her to be godmother to the tot as they may want a younger candidate, before telling that she is “godmother by default.”

She told Entertainment Tonight: “I don’t need to be a godmother, I’m a godmother by default. I’m a neighbour, I’m a friend and all that, you probably need someone younger to be the godmother.”

Speculation has been rife that the glamorous 67-year-old will be handed the title of godparent to Lilibet due to her being a key figure in Prince Harry and Meghan Markle’s life – ever since they stepped down as senior working royals for life across the pond.

Oprah conducted the husband and wife’s first TV interview following their departure from the UK in which the couple dropped several bombshells about life alongside the other royals.