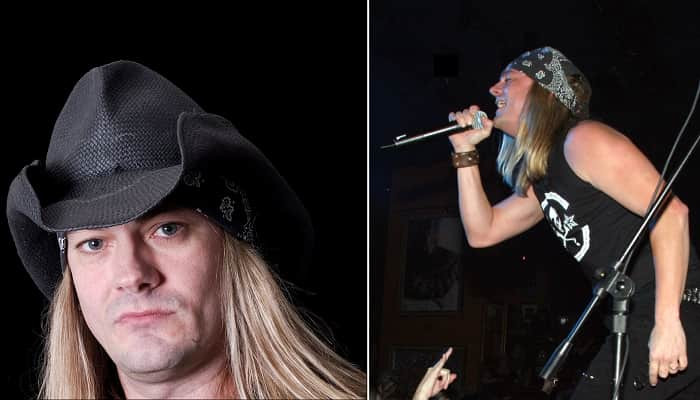 Former Skid Row singer Johnny Solinger has died at the age of 55 a month after revealing he was suffering from liver failure.

The rock star had announced on his Facebook page in May that he was hospitalized after being diagnosed with liver failure.

“It is with a heavy heart I must let everyone know what’s going on with me and my health,” he wrote on May 8. “I have been hospitalized for over the last month. I have been diagnosed with liver failure. And prognosis is not so good. As with most musicians I do not have health insurance and it’s very difficult to get proper care without it.

“I am currently under at least seven different medications and I need to have my abdomen drained off fluid that gets accumulated every couple of days,” he wrote. “I have lost a lot of strength and will require physical therapy as well.”

Solinger’s wife, actress Paula Marcenaro Solinger, confirmed the musician’s death. “He passed yesterday while I was holding his hand,” she told USA TODAY on Sunday morning.

She also shared a heartfelt quote on Instagram, writing: “The reality is that you will grieve forever,” and quoting Elisabeth Kübler-Ross and David Kessler “You will not ‘get over’ the loss of a loved one; you will learn to live with it.

“You will heal and you will rebuild yourself around the loss you have suffered. You will be whole again but you will never ben the same. Nor should you be the same. nor would you want to.”

Solinger joined the popular band, Skid Row, in 1999 as a replacement for Sebastian Bach. He said farewell to the group in 2015 and was replaced by Tony Harnell.

Solinger is on several Skid Row albums, including the Thickskin, Revolutions per Minute, United World Rebellion and Rise Of The Damnation Army, according to TMZ.

Brazilian beauty queen, 21, dies during surgery to remove a tumor near her liver