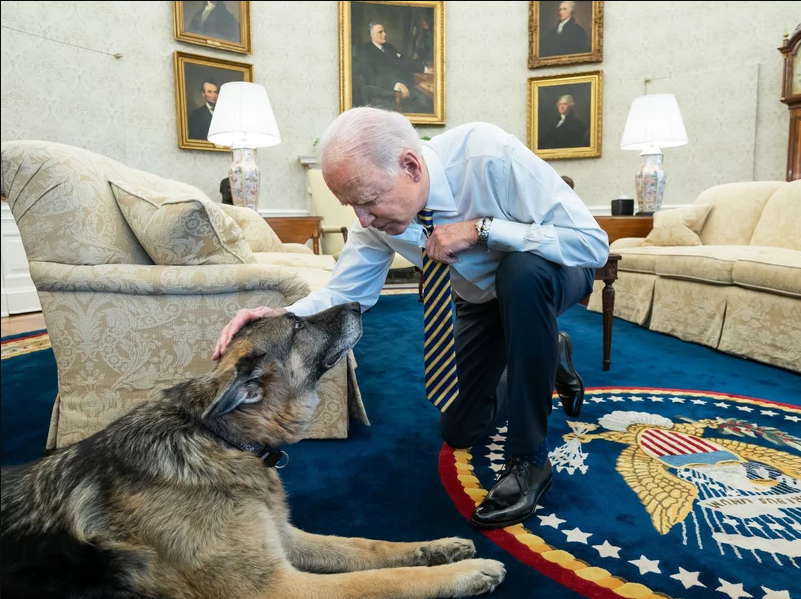 US President Joe Biden and his family are mourning the loss of their German shepherd, Champ, who on Saturday June 19, died at the age of 13.

“Our hearts are heavy today as we let you all know that our beloved German Shepherd, Champ, passed away peacefully at home,” a statement from the White House said.

“He was our constant, cherished companion during the last 13 years and was adored by the entire Biden family.”

“Even as Champ’s strength waned in his last months, when we came into a room, he would immediately pull himself up, his tail always wagging, and nuzzle us for an ear scratch or a belly rub.” 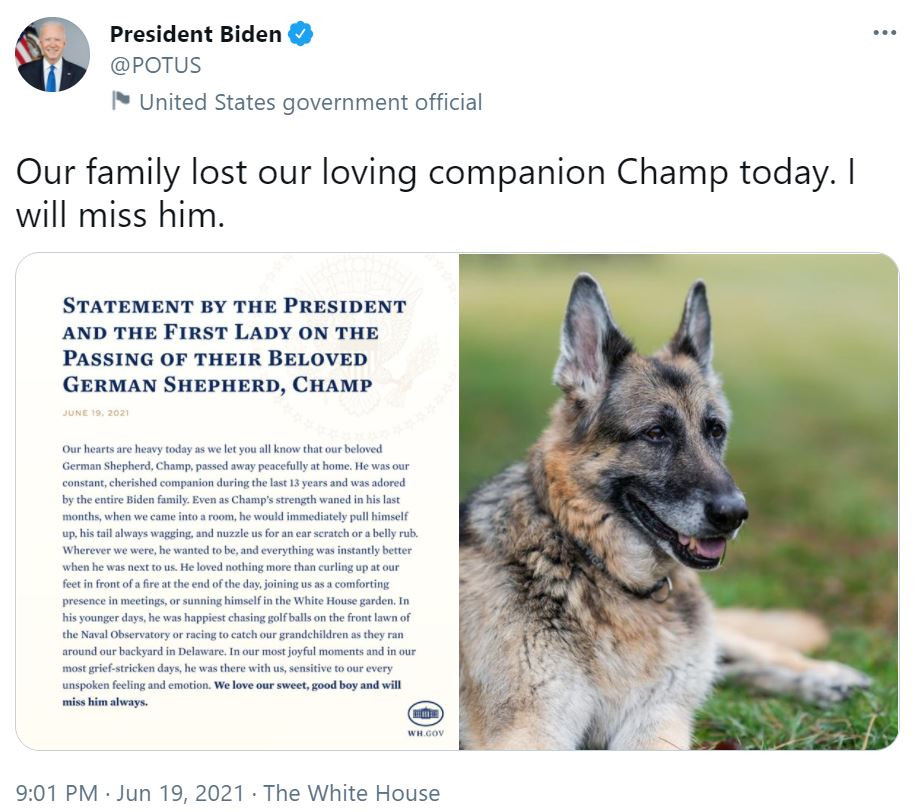 Champ was one of two German Shepherds living at the White House with the president and first lady.

He lived alongside Major, who the Bidens adopted in November 2018 and became the first rescue dog to live in the White House.

The arrival of Champ and Major marked the return of pets to the White House after a four-year hiatus under former President Donald Trump, who was the first president since Andrew Johnson in the 1860s not to share the presidential digs with a dog or a cat.