Emmanuel's Blog
Home Blog Woman attacks another passenger on flight from Ibiza in violent row over... A woman attacked another female passenger during a furious row about face masks on board a Ryanair flight.

The Italian woman was filmed hitting out at staff on the journey from Ibiza, Spain to Milan in Italy.

The Italian woman didn’t want to cover her mouth and nose properly with her face mask and took offence when she was asked to.

Other passengers challenged the woman and asked her to wear a face covering but she responded by insulting them. The argument escalated and she started to spit on them before assaulting them. 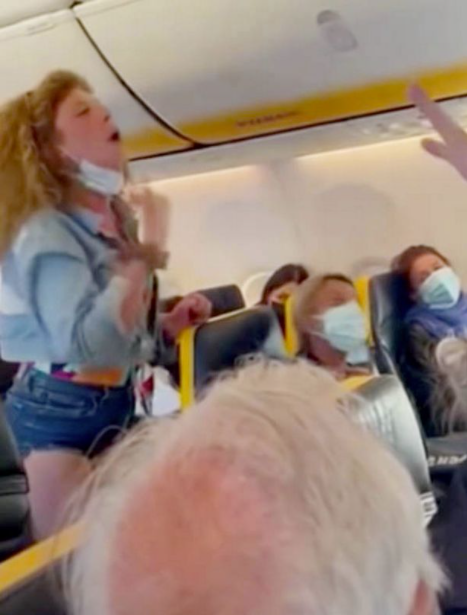 She was seen pulling on another passenger’s hair as staff try to intervene. She was also filmed kicking out at men on the plane as cabin staff try to hold her back.

The incident took place on Wednesday, May 26, with footage uploaded online over the weekend.

Ryanair said staff requested police assistance upon arrival and the woman was removed by police upon arriving in Milan.