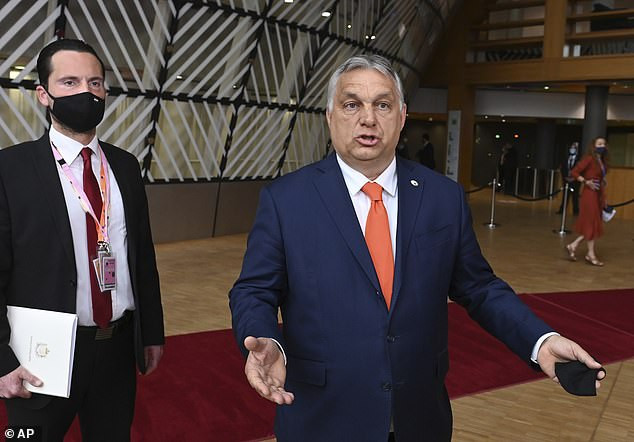 The European Union (EU) has threatened Hungary to reverse its controversial LGBTQ+ law or face consequences.

Last month, Hungary passed a law banning the teaching, sharing or online posting of homosexual or transgender materials to under 18 people, a law ostensibly designed to crack down on paedophilia, but critics say the law stigmatises support for the LGBTQ+ community.

Hungarian Prime Minister, Viktor Orban (pictured above) insists the law is to protect children but has received growing international protest over the law, which is due to take effect on Thursday, July 8.

The European Commision is now planning an infringement proceeding, which amounts to a lawsuit over failure to implement EU law that can lead to fines inflicted by the bloc’s top court.

European Commission chief Ursula von der Leyen on Wednesday warned Hungry to reverse course on its anti-LGBTQ+ policy or EU funding to the country could be cut.

Von der Leyen, who heads the EU executive, said: ‘It is a disgrace this legislation… It is something that flies in the face of the values of the European Union.’

‘Europe will never allow parts of our society to be stigmatised, be it because of whom they love, because of their age, their ethnicity, their political opinions, or their religious beliefs,’ said von der Leyen.

‘If Hungary does not rectify the situation, the commission will use its powers available as the guardian of the treaties,’ von der Leyen told the European Parliament in Strasbourg.

But Hungarian cabinet chief, Gergely Gulyas has shot back and denounced what he claimed was an ‘unprecedented campaign’ by Brussels to meddle in the country’s affairs.

‘No matter that Brussels wants to let LGBTQ activists into kindergartens and schools, we refuse to do so,’ Gulyas told a press briefing in Budapest.