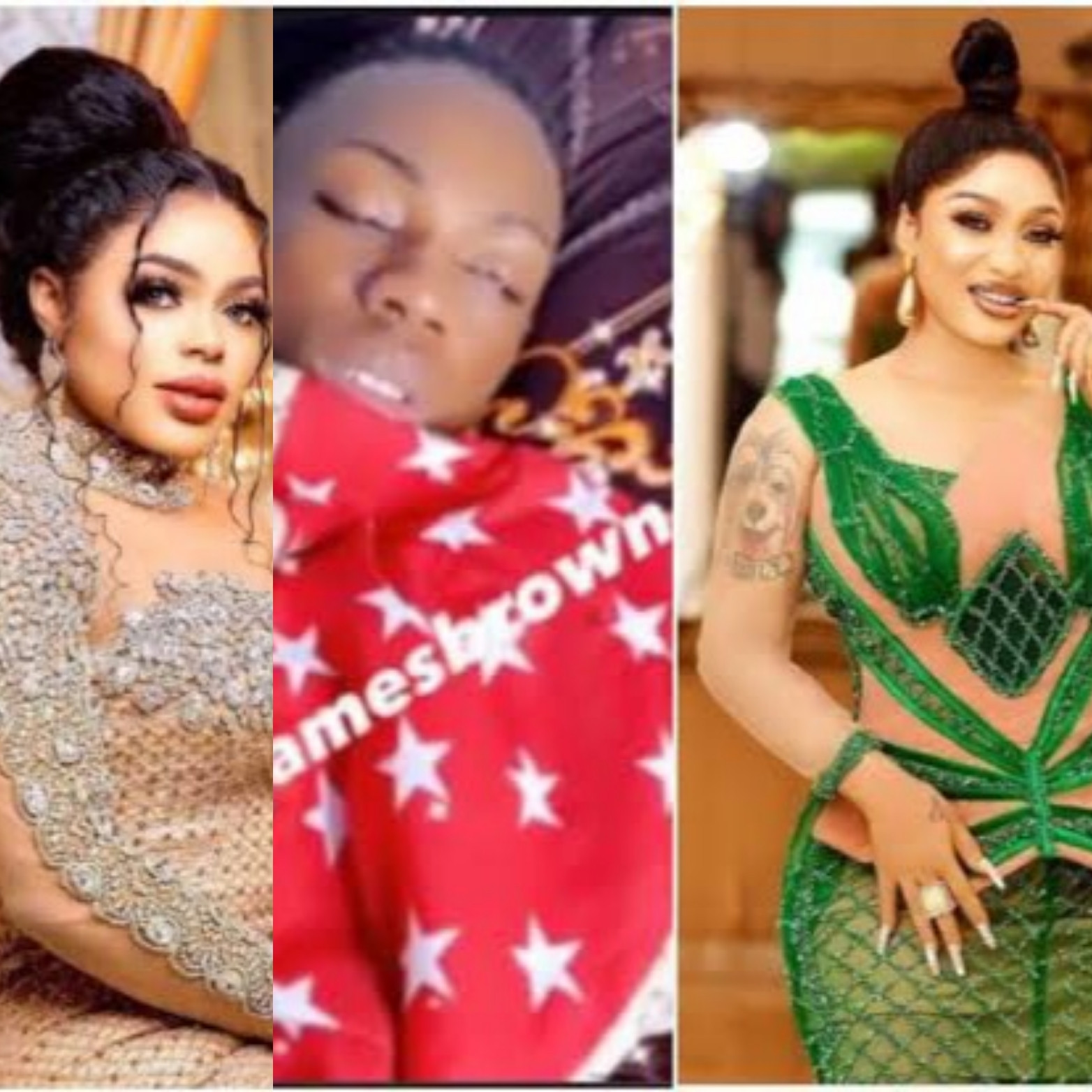 Tonto Dikeh has reached out to crossdresser, James Brown, who is at loggerheads with her former best friend Bobrisky.

Recall that Tonto and crossdresser Bobrisky used to be tight and loyal to each other until they fell out this year.

Afterwards, Bobrisky claimed the fall-out was because he sprayed money on Tonto’s former friend-turned-enemy, Blessing Osom, aka Lady Golfer.

Since then, Bobriksy has been hanging with Lady Golfer and was even filmed spraying money on her at her birthday celebration 3 days ago, July 17.

James Brown posted on Instagram that he is recovering from an ailment and Tonto reached out to him, telling him she’s a huge fan while asking for his number. 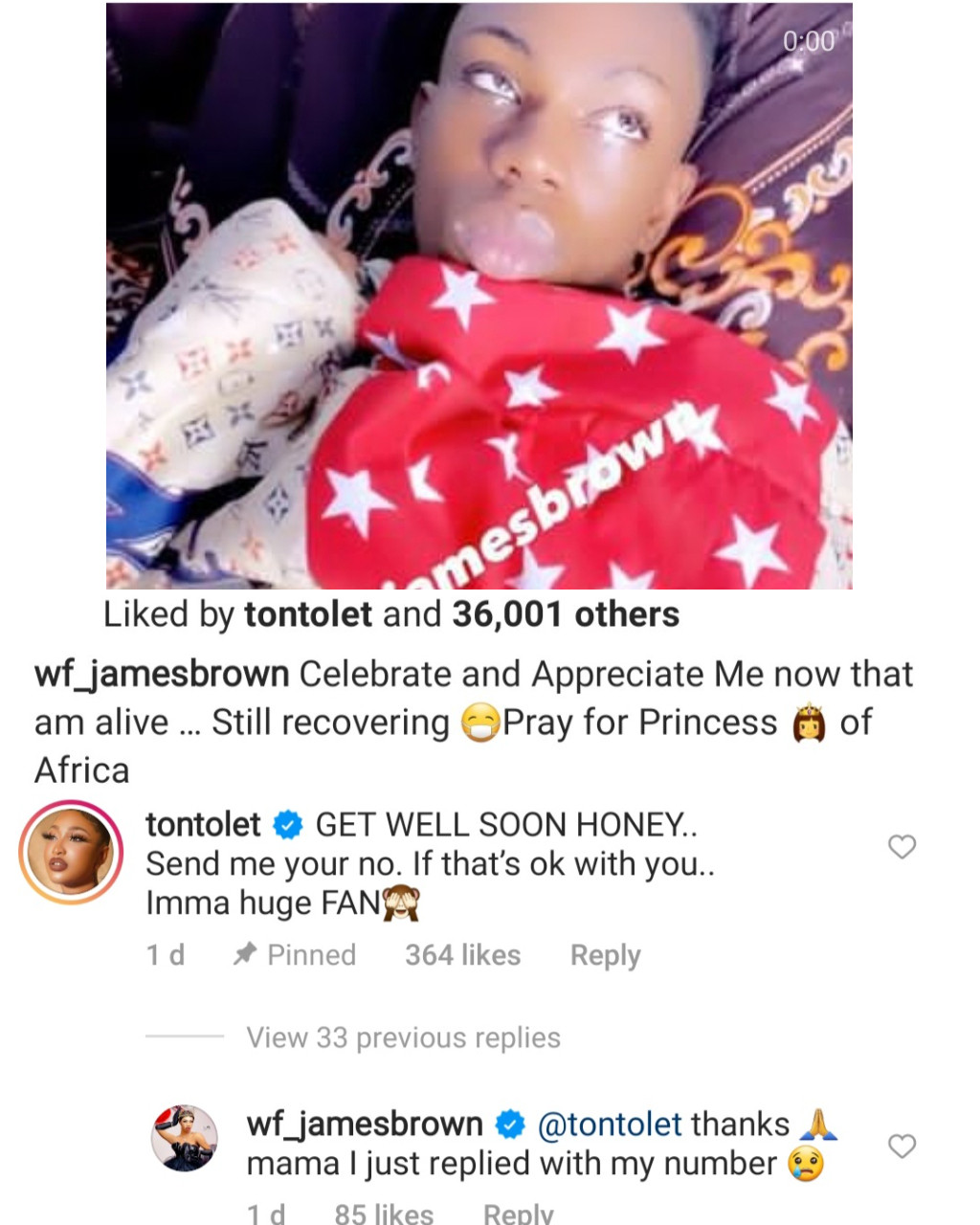