Emmanuel's Blog
Home Blog Man who calls himself a ‘shark rider’ is mauled seconds after jumping... 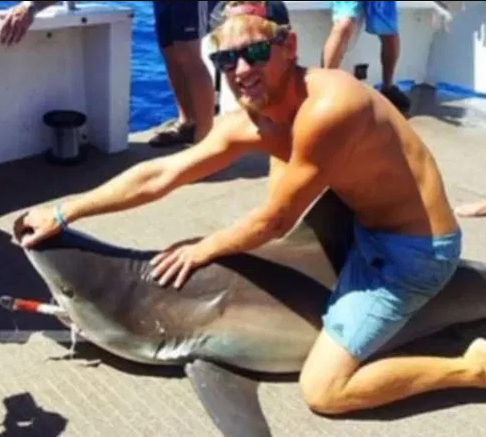 A man was mauled seconds after he pulled a dangerous stunt by jumping on the back of a three-metre long shark.

32-year-old Aaron Moir, dubbed the “shark rider”, is lucky to be alive following the attack but he is being probed over claims he taunted the beast by jumping on its back.

The horror attack happened on Tuesday, July 27, while Moir was working as a skipper on a Montebello Island Safaris charter boat near Varanus Island off the coast of Western Australia.

Horrified witnesses told 7News that Moir jumped off the boat onto the back of the shark, which then brutally attacked him. 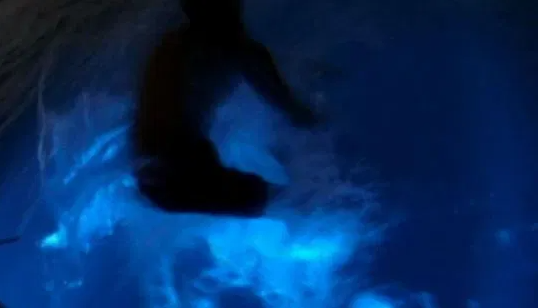 Panicked boat crew sailed to Exmouth where Moir was treated by paramedics for back and leg injuries. 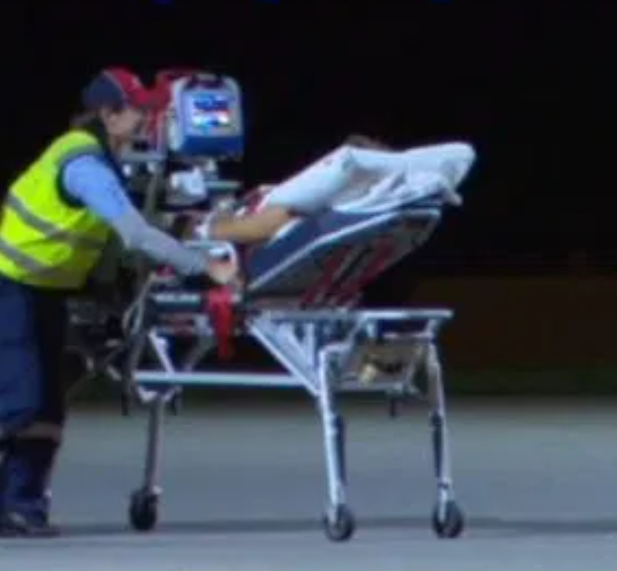 Passengers on the boat have been left outraged and demanded compensation from Montebello Island Safaris. They say it took 18 months to plan the trip, which cost £2,600 each.

Moir, who brands himself the “shark rider” on Instagram, is now under investigation by Australia’s Department of Fisheries and the Australian Maritime Safety Authority over the dangerous stunt.

This dangerous stunt comes seven years after he was filmed jumping off a boat and onto the back of a three-metre hammerhead shark. 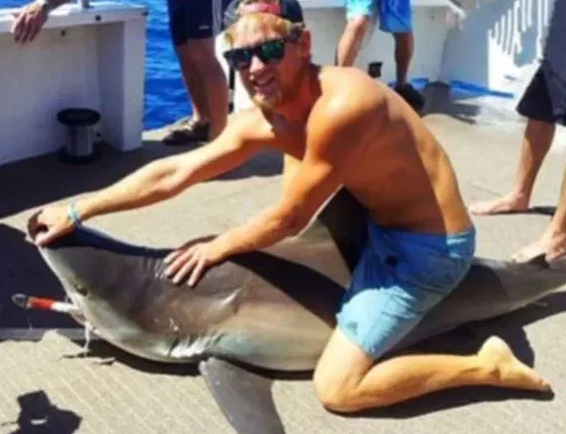 At the time, he said: “I was a bit of an idiot but I’ve worked with sharks for a long time and I understand them and how they go. 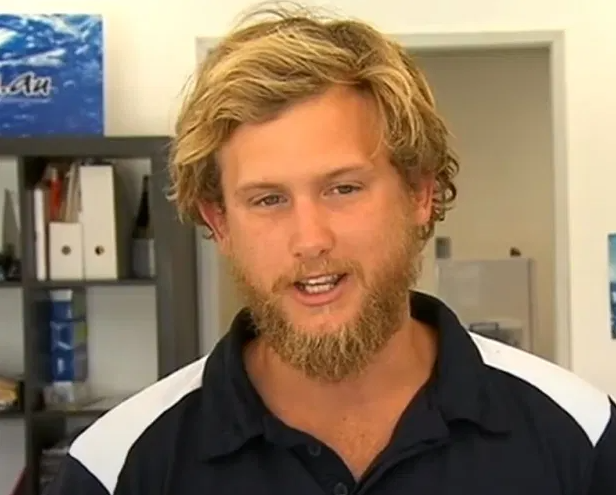 “I’d definitely love to get in the water with a great white if there was some who knew what they were doing.”

Despite a brush with death, Moir vowed to repeat the stunt