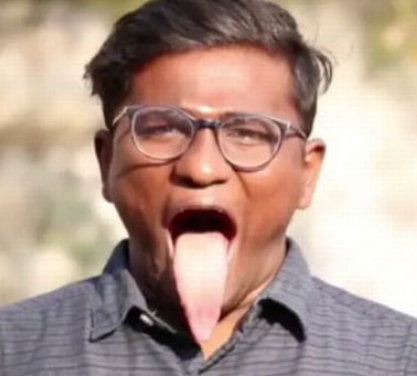 A man has broken a record for having the ‘world’s longest tongue”.

Praveen, from Tamil Nadu, made it to India’s Book of Records after stretching his tongue to a whopping 10.8cm.

He surpassed the previous record holder by 0.7cm.

Praveen can lick his elbow. He can also stretch his nose to touch his tongue and dangle it all the way to the bottom of his chin. 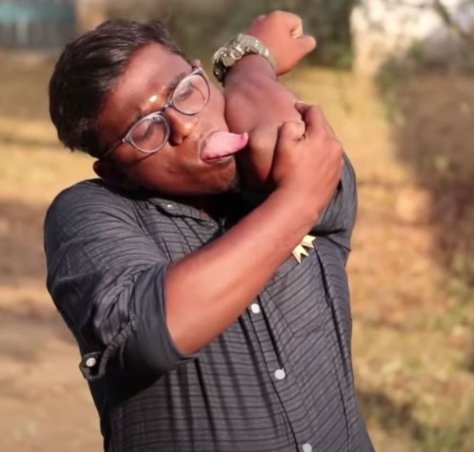 He is pleased to have beaten Nick Stoeberl, from California, to win the title.

The American man held the Guinness World Record for his 10.1cm tongue since 2012 after beating Brit Stephen Taylor’s 9cm effort he set in 2002.