Emmanuel's Blog
Home Blog No bride price was paid and I did not kneel down to... 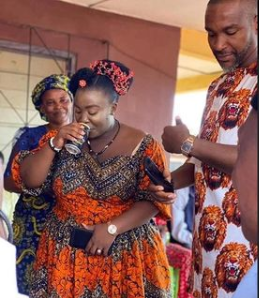 Bianze who disclosed that her husband is from Mbaise in Imo state, said no bride price was paid. She also revealed that she didn’t kneel down to give him a drink during the traditional marriage.

The Facebook feminist further disclosed that the traditional wedding was done according to the custom and traditions of her people in Agbor, Delta state, but edited to suit them.

Yesterday, the 17th of July 2021, all roads led to Owa (Agbor) Delta State as family and friends joined the Love of my Life and I as we got married.

He is from Mbaise, Imo State.

No bride price was paid.

And I did NOT kneel down to give him drink. We BOTH STOOD up to drink.

The Traditional Wedding was done according to the custom and traditions of my people, and we edited bits to suit us. 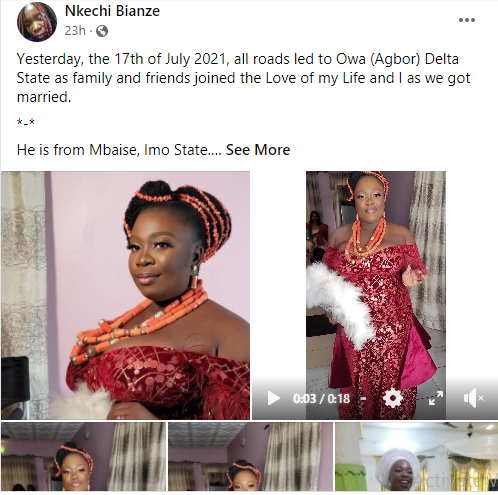 She also fired back at those calling her out for marrying an Imo man after reportedly spending years putting down Igbo men. 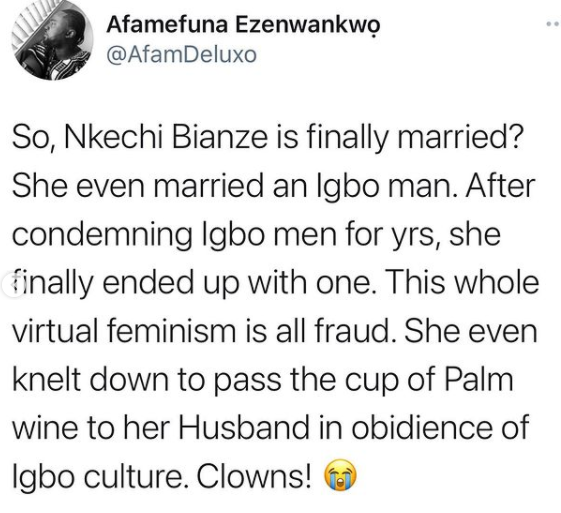 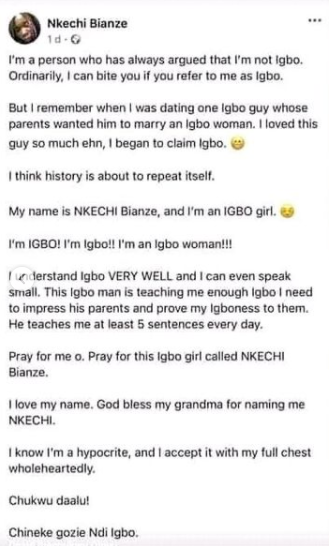 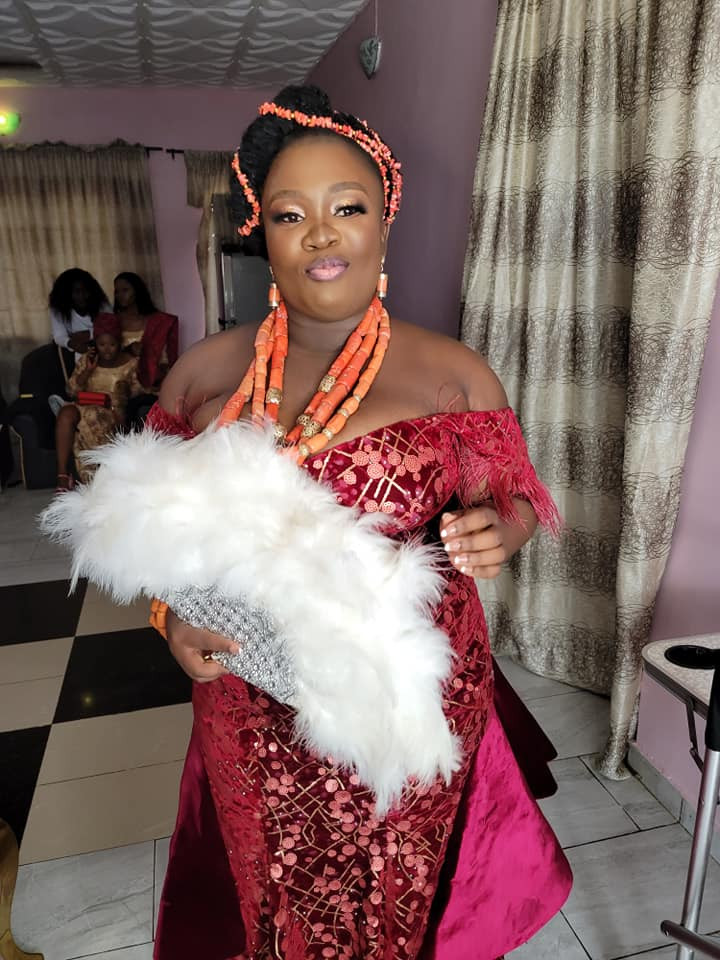 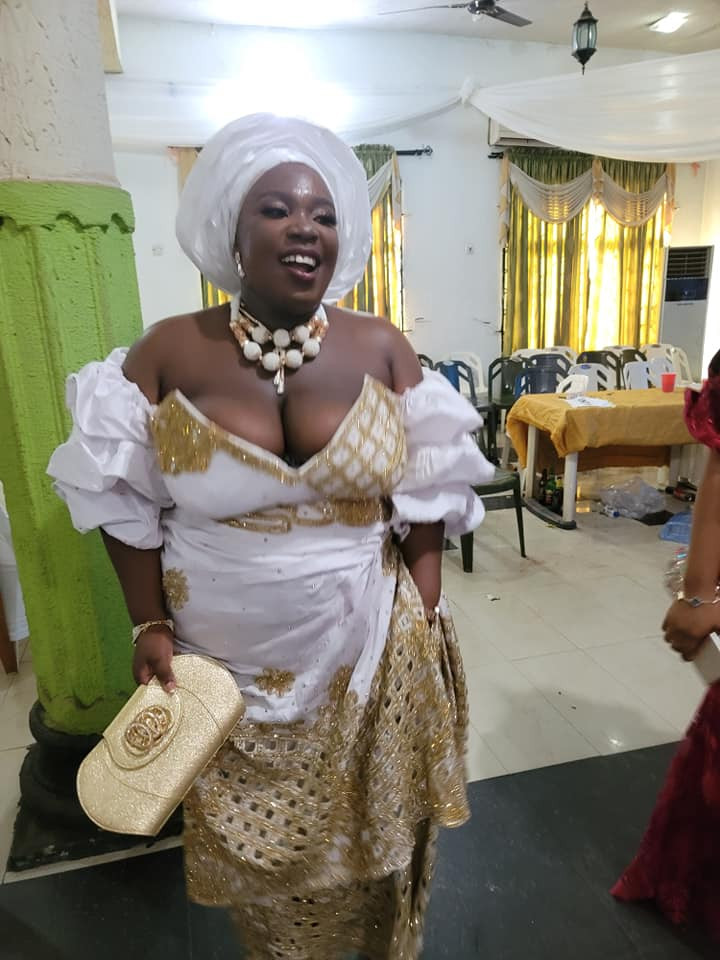