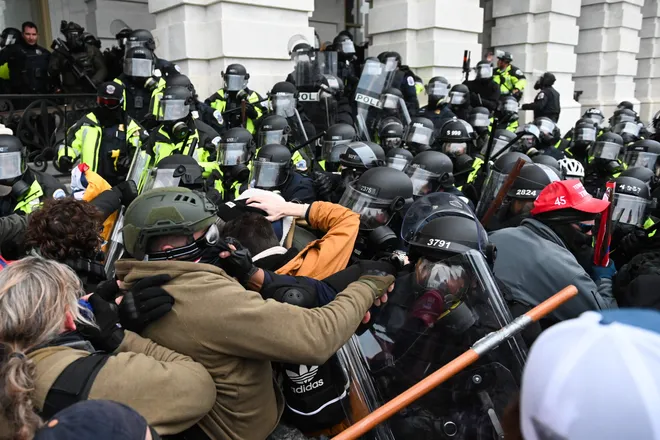 The FBI has announced it is still searching for some of the most violent rioters who participated in the deadly Capitol riot six months ago when supporters of former President Donald Trump clashed with law enforcement authorities in a failed attempt to halt the certification of President Joe Biden’s election.

On Tuesday night, July 6, the FBI released 11 new videos showing suspects with some of them engaged in hand-to-hand combat with police, a milestone in what has become the largest criminal investigation in U.S. history.

Since January, at least 535 people have been arrested, including 165 who have been charged with assaulting, resisting or interfering with police who battled rioters for hours. 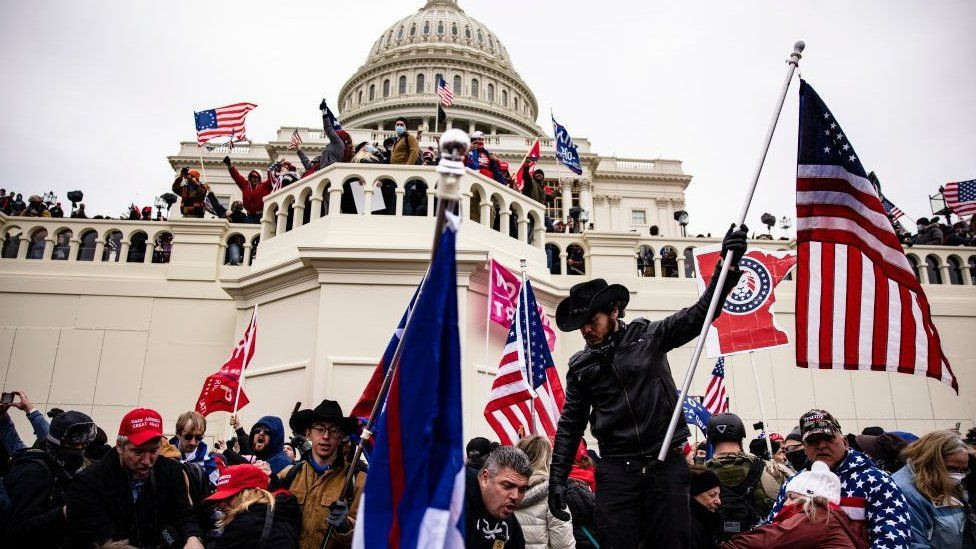 Among the new videos released Tuesday by the FBI, one showed an unidentified man dressed in camouflage, a protective vest and clown mask hurling a pole into the direction of officers as a crowd of rioters pressed forward. Another clip showed an office being pulled to the ground on his back while a bearded man in a black hat and flannel shirt hovered the fallen officer.

The videos were accompanied by an appeal for the public’s help in identifying the suspects.

“As we mark six months since the violence at our nation’s Capitol, we continue to encourage the public to send tips to the FBI,” said Steven D’Antuono, chief of the FBI’s Washington, D.C. Field Office. “As we have seen with dozens of cases so far, the tips matter… The public has provided tremendous assistance to this investigation, and we are asking for additional help to identify other individuals for their role in the violence at the U.S. Capitol.”

Of the 165 suspects charged in offenses involving officers, more than 50 have involved weapons-related offenses that caused injuries. Eighty-three suspects were found to have ties to extremist organizations.

During the riot, 140 officers were assaulted, including 80 from the U.S. Capitol Police and about 60 from the D.C. Metropolitan Police Department.

“Not even during the Civil War did insurrectionists breach our Capitol, the citadel of our democracy,” Biden said in a statement Tuesday.

“But six months ago today, insurrectionists did. They launched a violent and deadly assault on the people’s house, on the people’s representatives, and on the Capitol police sworn to protect them, as our duly elected Congress carried out the sacred ritual of our republic and certified the Electoral College vote.

“This was not dissent. It was disorder. It posed an existential crisis and a test of whether our democracy could survive -a sad reminder that there is nothing guaranteed about our democracy.”