Emmanuel's Blog
Home Blog ‘Penis snakes’ that look like snakes but come from family of frogs,... 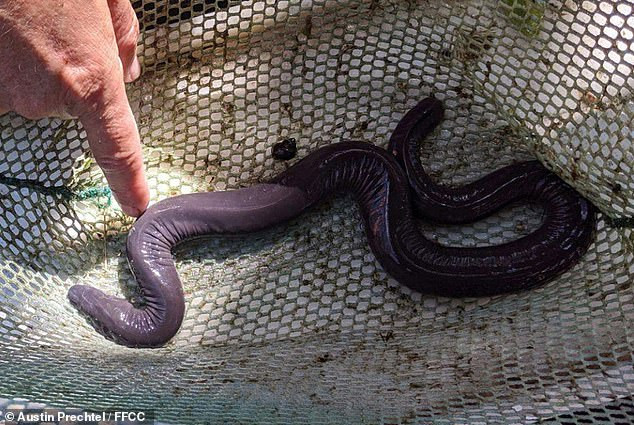 Caecilians, a special breed of snakes also known as ‘penis snakes’ and are native to Colombia and Venezuela, have been found in Florida.

Animal experts say they pulled them out from the Tamiami Canal near the Miami International Airport and they’ve been living there for the past two years . 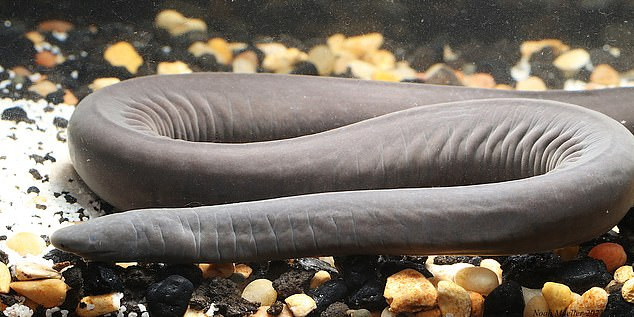 Although they look more like snakes, caecilians belong to the Gymnophiona order of amphibians, and are known scientifically to be more closely related to frogs, toads, salamanders and newts.

Apart from the caecilians found in South Florida, no representatives of this lineage are presently known to live in the US.

Penis snakes can range in size from a few inches to five feet long and have extremely poor eyesight but have a pair of sensory tentacles between its eyes and nostril that helps it detect food, which it grabs with dozens of needle-like teeth. 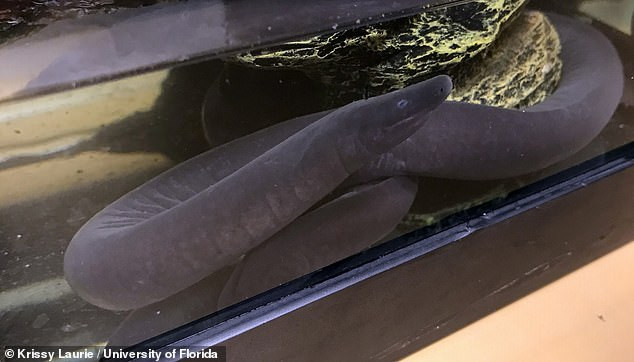 The Florida Fish and Wildlife Conversation Commission says caecilians are harmless to humans.

Caecilians live on both land and freshwater, and typically consume worms and termites but they have been known to snatch small snakes, frogs and lizards, Wired reports.

Coleman Sheehy, Florida Museum’s herpetology collection manager, said in a statement: ‘Very little is known about these animals in the wild, but there’s nothing particularly dangerous about them, and they don’t appear to be serious predators.

‘They’ll probably eat small animals and get eaten by larger ones. This could be just another non-native species in the South Florida mix.’

The species is generally kept in aquariums indoors and cannot easily escape, so Sheehy suspects someone discarded their unwanted pets in the canal.

‘Parts of the C-4 canal appear to resemble their native habitat and may provide an environment where this species could thrive were it to become established.’