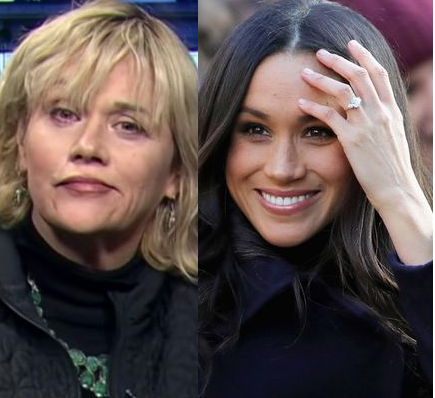 Meghan Markle’s half-sister, Samantha, has called on the Duchess of Sussex to let her and their dad Thomas Markle meet her children, Archie and Lilibet.

Meghan Markle’s estranged father, Thomas Markle, said last week that he will take her to court to obtain his rights to see his grandchildren, Archie and Lilibet.

Speaking on the matter, the Duchess of Sussex’s half-sister, Samantha, said she is supporting her dad in his decision to take legal action against Meghan.

Samantha told US Weekly: “My dad has always been a wonderful father and grandfather to all of his grandchildren, and he has met them all except for Archie and Lilibet. It has been very cruel for my sister to unjustly lock him out of her life from the wedding to present and furthermore to deprive him as a grandfather of one of the greatest joys in life while he is still alive, which is seeing his grandchildren.”

She added, “I support his decision to petition the courts to utilize his naturally granted grandparents’ rights to be able to visit his grandchildren.

“Grandparents do have an interest in their grandchildren and it’s unfortunate that he has to officialize his rights through court rather than my sister doing the right thing and being the humanitarian that she claims to be which inadvertently also deprives the two children of meeting their grandfather before he passes away and at a minimal having a photograph that they can look back on of them with their grandfather.”

Samantha alleged that Meghan is “completely unaware of the short and long-term best interest of her children.”

Samatha has been in the habit of criticizing Meghan from the moment her relationship with Prince Harry was made public.

In an interview with Inside Edition following Meghan’s Oprah interview, Samantha Markle said the real truth was “totally ignored and omitted”.

Samantha added: “Depression is not an excuse for treating people like dishrags and disposing of them.”