Emmanuel's Blog
Home Blog Soldier kicked out of the Army for stealing a colleague’s bank card... 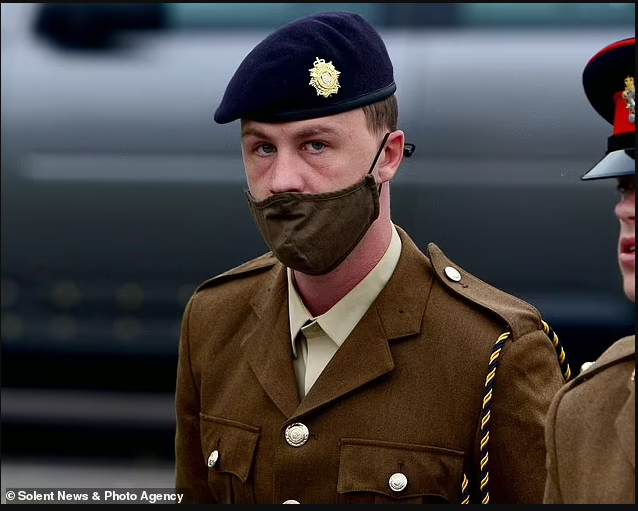 A British Army soldier has been kicked out of the military for stealing a colleague’s bank card – to buy FIFA points for his Xbox.

The dismissed officer, Private Lewis Billam bought £216 worth of the virtual currency used in the popular football video game.

Bulford Military Court heard that the 27-year-old bought three lots of £71.99 FIFA points packs on his colleague Private Megan Martin’s card. The £71.99 packs give players 12,000 points which can be spent in the game.

The points can buy ‘FUT packs’ which allow players to build a squad of footballers or ‘FUT Draft’ which lets players pick the best fit for each position from a five-player draw, Mail Online reports.

After stealing Pvt Martin’s card at a party, Pvt Billam also purchased £16 worth of items at a local garage, the report said.

Pte Billam was found out when everyone who attended the party in March 2020 was rounded up and asked to show their Xbox account history – if they had one. When Pte Billam showed his account, it was discovered that he made three transactions, and was then found in possession of the card.

It was also discovered that Pte Billam used another colleague’s card to buy £227 worth of items in Tesco before this incident.

The court heard that Pte Billam’s excessive consumption of alcohol had led him to have little or no money in the past.

Judge Advocate Alistair McGrigor told Pte Billam that he would be dismissed from the military as it was clear the army no longer wanted to keep him on.

He said: ‘Soldiers who steal from colleagues undermine the respect and comradeship that is the basis of service life.’

Pte Billam, of the Royal Electrical and Mechanical Engineers, told the court he ‘sincerely apologised’ for what he had done after previously pleading guilty to three charges of fraud.

He said: ‘The things that I did were not acceptable and I do sincerely apologise.’

As well as being kicked out of the army, Pte Billam was ordered to repay the full amount of the money he took from Pvt Martin and LCpl Gibbon and received a 12-month service community order with a 30 days rehab activity requirement.