Emmanuel's Blog
Home Blog Spanx founder advises single women on what to look out for in... 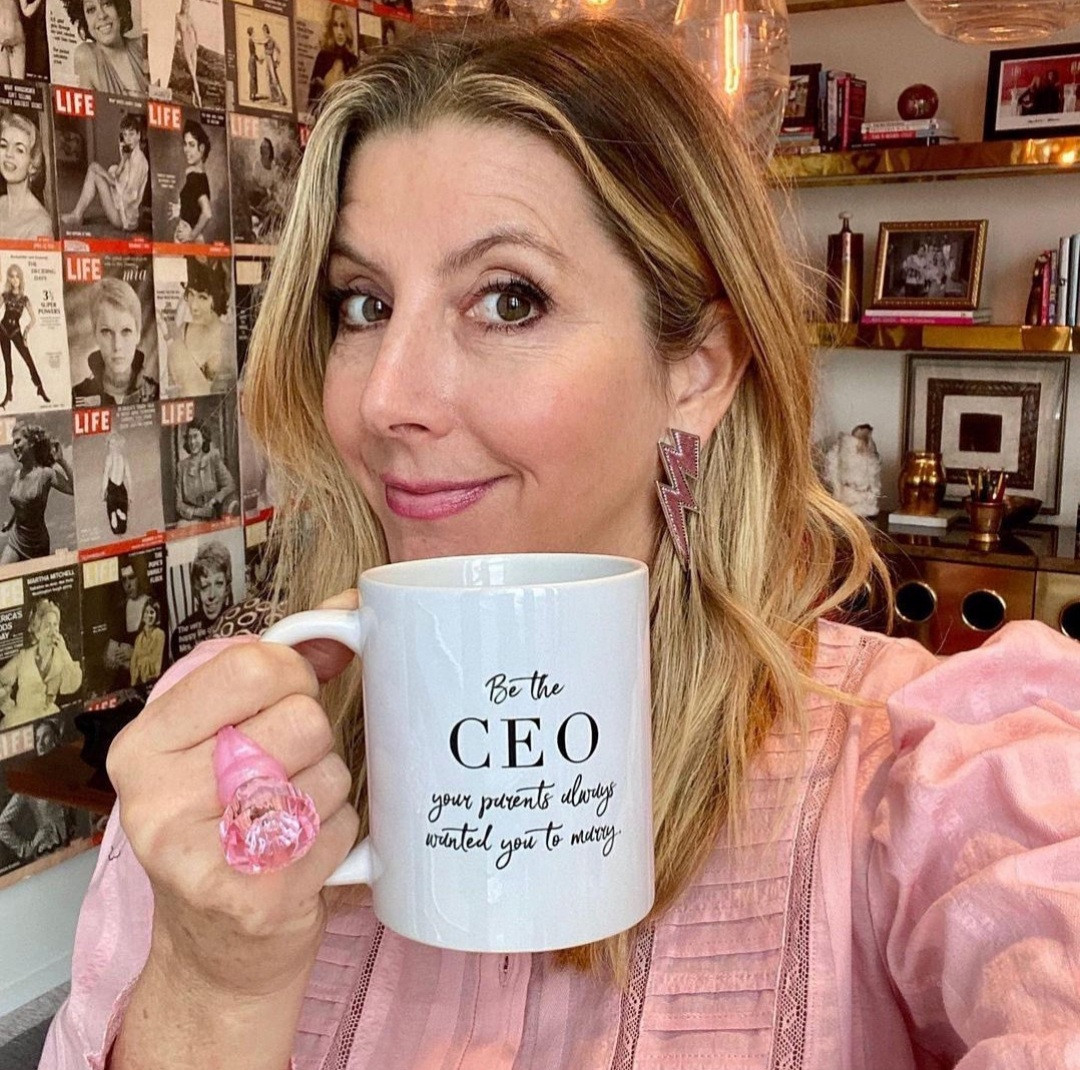 American businesswoman, Sara Blakely has advised single women on what to look out for in a man based on her dating experience when she was single.

The 50-year-old founder of Spanx said she spent almost 2 decades of her life dating all the wrong guys, so no one knows what it’s like better than she does.

She added that she always longed to be married but also knew she didn’t want to be reliant on a man and wanted to stand on her own two feet before she got married.

Hence, she stopped dating all the wrong guys and chose to wait for the man who wasn’t intimidated by her succes, rather celebrated it.

She added that when she met her husband and got married at 37, he liked all the parts of her, especially her independence. She was already a successful businesswoman at the time.

She went on to advice women to know the difference between men who want them and the man who truly deserves them. 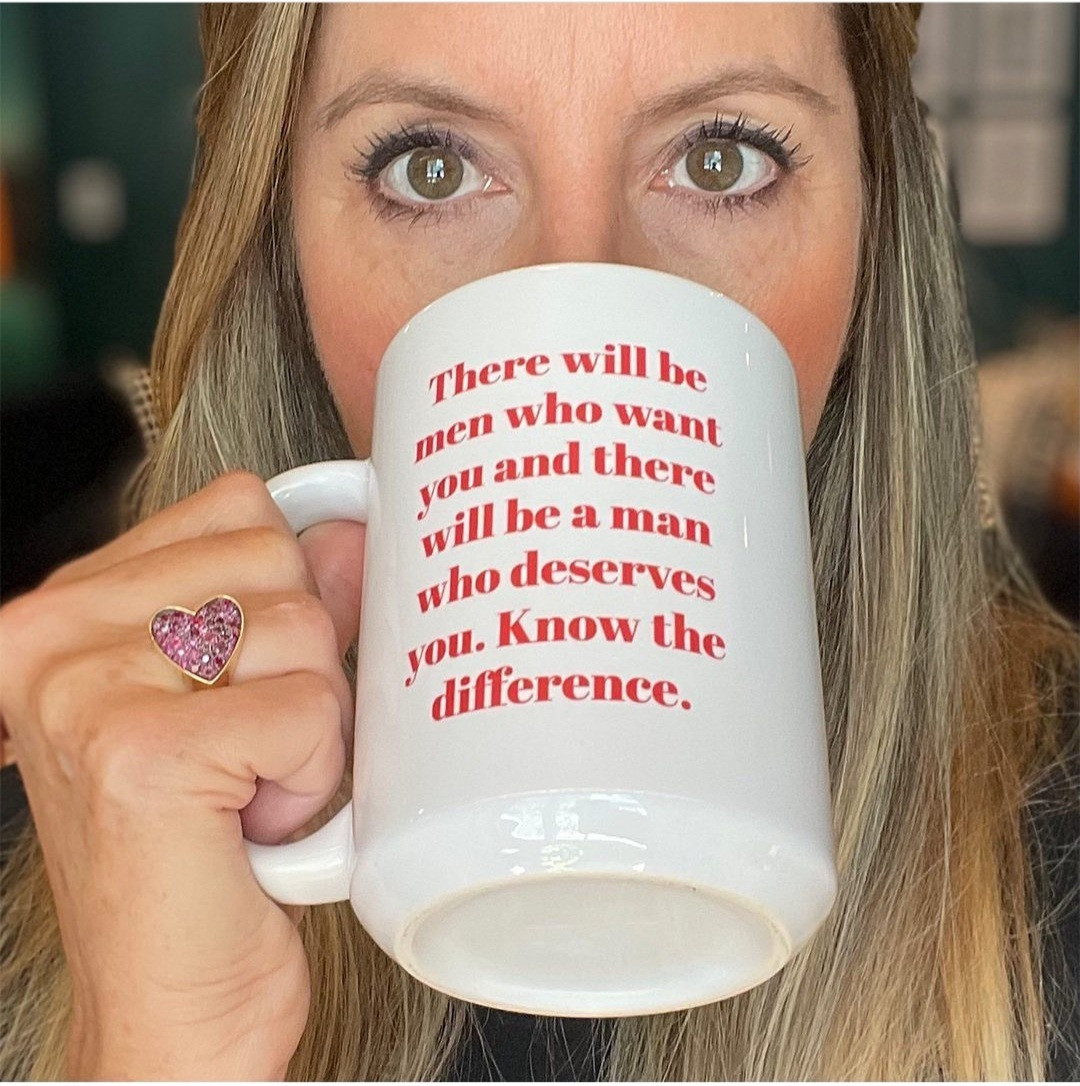 Listen.. no one knows what dating all the wrong guys is like better than me. I spent all of my 20s and most of my 30s dating men who wanted me, but didn’t necessarily deserve me. Literally, for almost 2 decades the only prerequisite to date me, was to like me, that’s it! Can you imagine the bar being that low?! Nevermind what I wanted or liked … But something deep inside me knew I deserved more. I also knew I had to be independent. I had no desire to become reliant on a man. I had to stand on my own two feet before I could get married. And don’t get me wrong, I really wanted to be married. I longed for it! But it was important for the man I dated to be interested in all the parts of me, especially the part of me that wanted to be independent. When I eventually got married at 37, I had already built a foundation for myself, @spanx was already a household name. @jesseitzler wasn’t intimidated by my success, he celebrated it…he liked all the parts of me, especially the independence. 4 kids later… So, sure, there will be men out there who would love to put you in a box or on a shelf. But in the end, it’s the one who celebrates you- all of you! that deserves you. Know the difference. 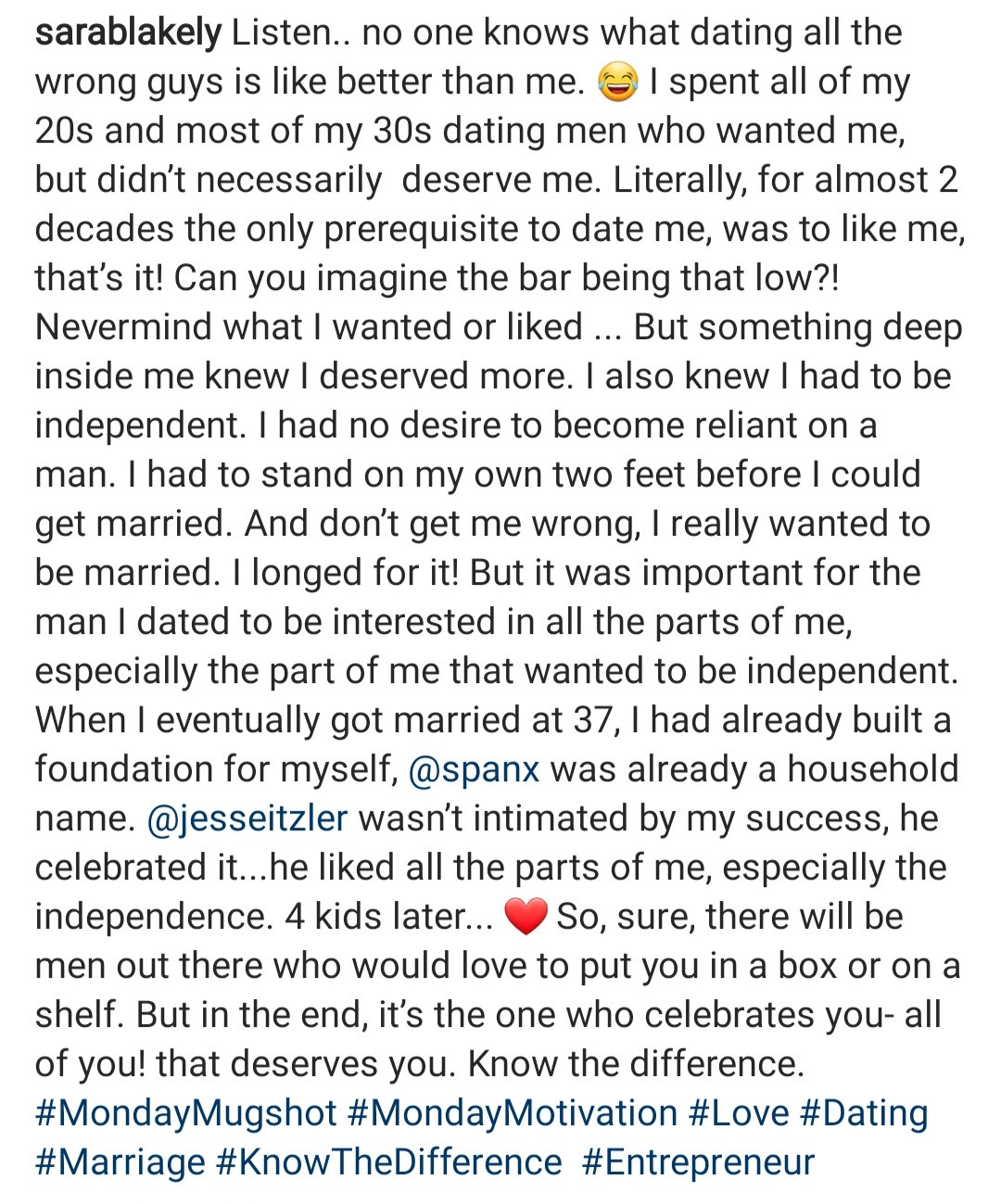