Emmanuel's Blog
Home Blog “They spent 6 months in the hospital” – Man narrates how his... 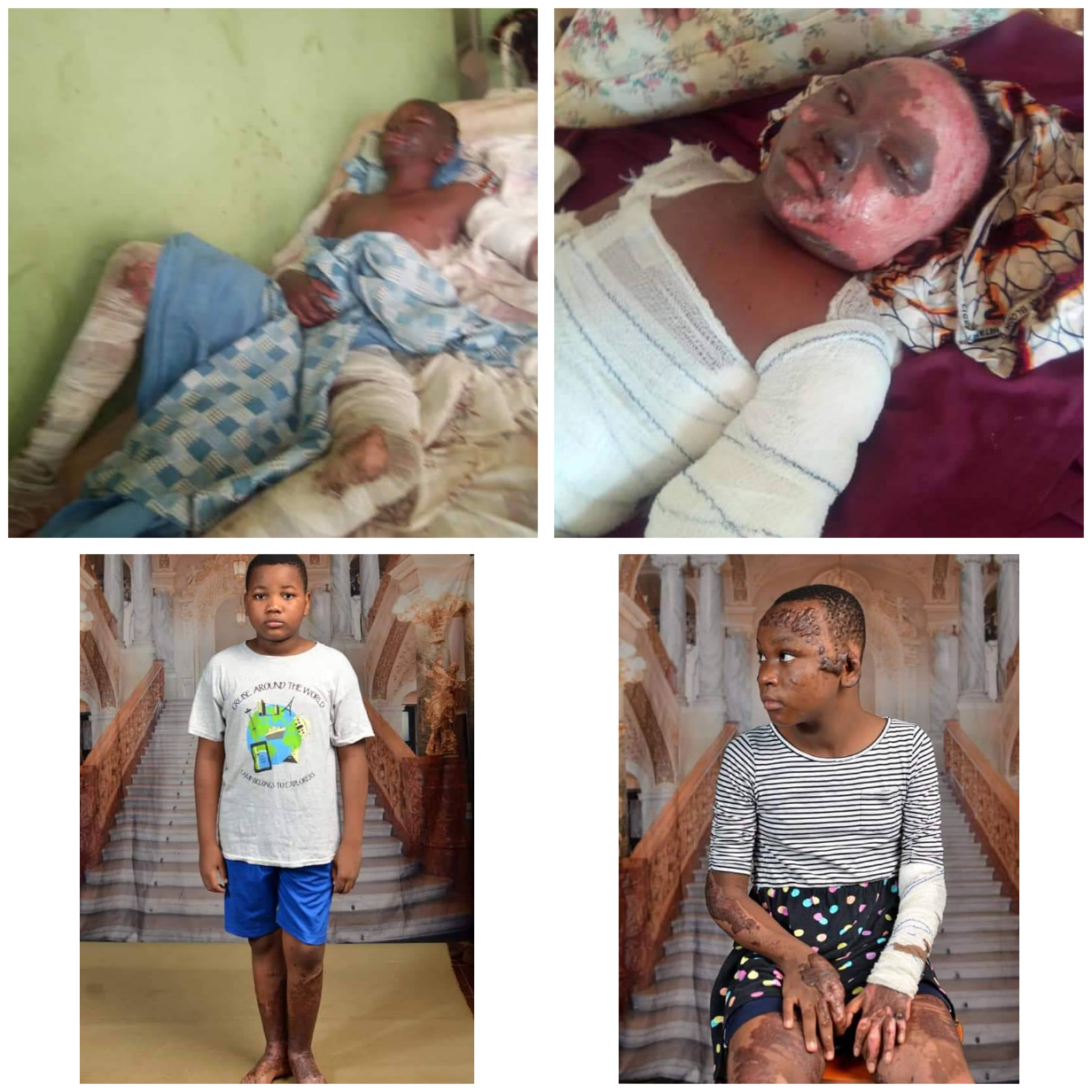 Mr and Mrs Daniel Chukwu are thanking God for their children, Princess and James, who survived a fire explosion, which killed a bride-to-be and eight other children.

The fire incident which occurred around 8:a.m on Friday, January 1, 2021, at Akaeze in Ivo Local Government Area of Ebonyi State, was allegedly caused when a canon loaded with gun powder and left in the house had contact with fire.

One of the victims who was three years old died on the spot during the rescue operation. Vanguard reported that a lady whose wedding was coming up in few days also died in the explosion.

The Thanksgiving Service for the children that survived was held at the Assemlies of God Gishiri, Abuja on Sunday, July 18. 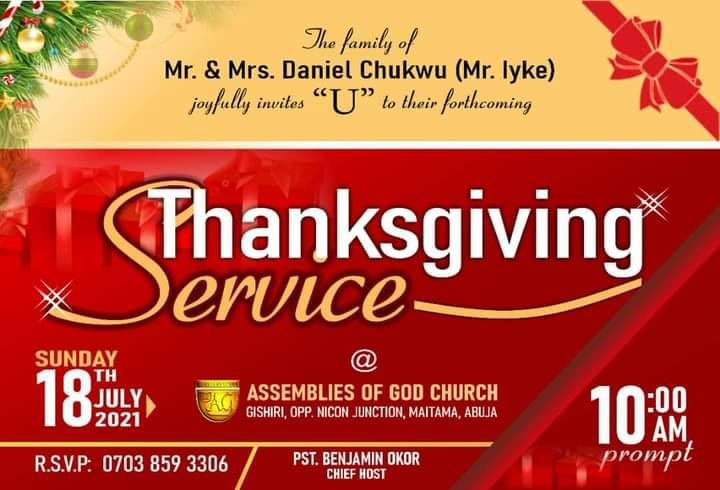 Mr. Chukwu told the congregation that he never expected what God did for him, neither did he know how best to appreciate God for the miracle of the survival of his children.

“Undoubtedly, this thanksgiving and praise to God will last as long as myself, my wife and my children live on Planet Earth. Expectedly, our children were left with lifetime evidence of the experience on their bodies, but neither me, their mother nor our close family members were bothered. We are just grateful to God for the gift of life,” he said.

“The survival of James, nine, and Princess, 12, from the fire explosion was a marvel to medical doctors and other health workers that attended to the case at different hospitals in Ebonyi and Enugu states, where the children spent months under the close monitoring of the health workers”

“On the 1st of January 2021, at about 10:00am in my compound, at Akaeze in Ivo L.G.A of Ebonyi State, a group of people came in the name of New Year Celebration and started blowing gun powder (locally fabricated material that can destroy things and human being in particular).

”Surprisingly, the carton of the gun powder was packed in the parlour close to the area it was blown. Don’t know if i should call it carelessness, the sparked element traced down to the parlour where about ten (10) children (both mine and neighbours) were watching the television and set them all on fire. Before immediate help could come to them, they were all turned to black because of the magnitude of the injury sustained.

”They were all rushed to Abakaliki Hospital for medical attention. They spent six months in the hospital. Out of 10 children from different womb 8 died, the two that survived are my only children.

The degree of the burn was over 40% to most of them, and they started dying one after the other except my two (2) children (James and Princess). It was a heavy tragedy of the century, which no one can easily forget in a hurry.

At Abakaliki hospital, one of the doctors approached me privately telling me to make sure I don’t keep my children for long in the Hospital because the Holy Spirit ministered to Him to inform me to take them away else they will die under 48 hours.

To cut the long story short, within 2hours we were already at Orthopaedic Hospital, Enugu where the doctors and nurses rallied round on my children’s body to see how they can revive the situation.

I am here to testify to the Glory of God that my children are now medically satisfied and okay, they are back to Abuja to continue their education.

I thank all the people that contributed through Prayers, financial assistance and moral support. All Glory to our Father in Heaven, He alone can do what no man can do. He is awesome and Wonderful. To Him be all the Praise now and forever more in Jesus name Amen. 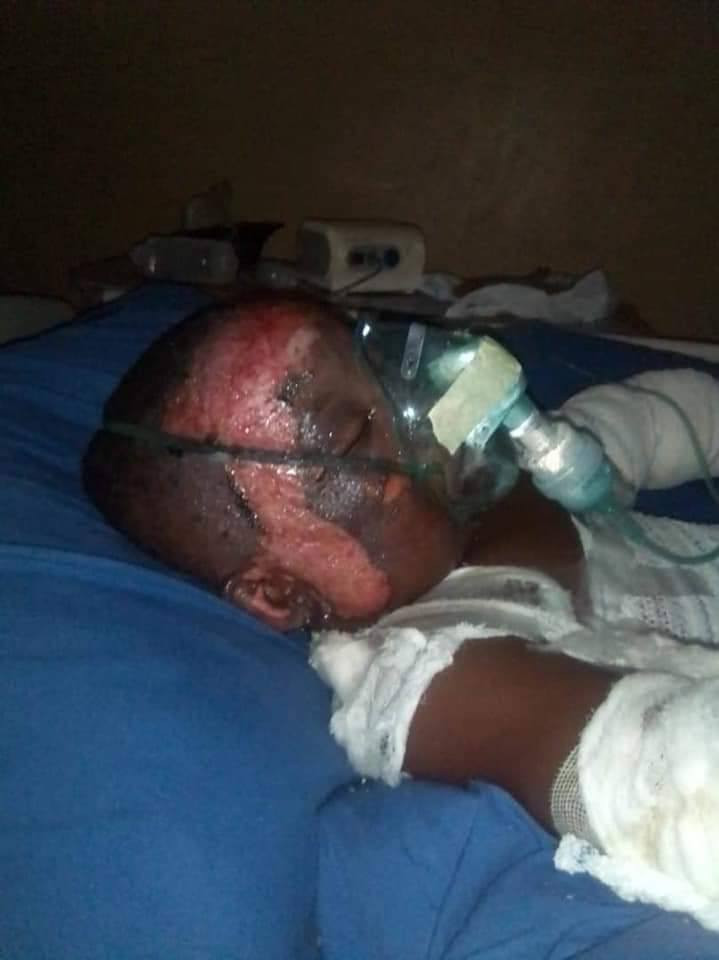 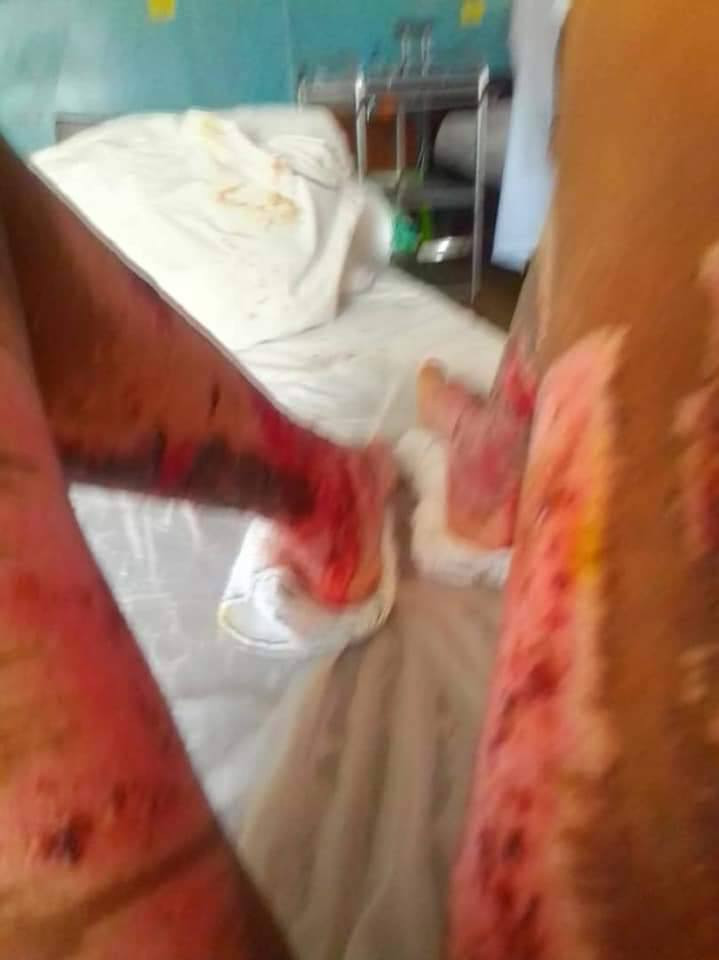 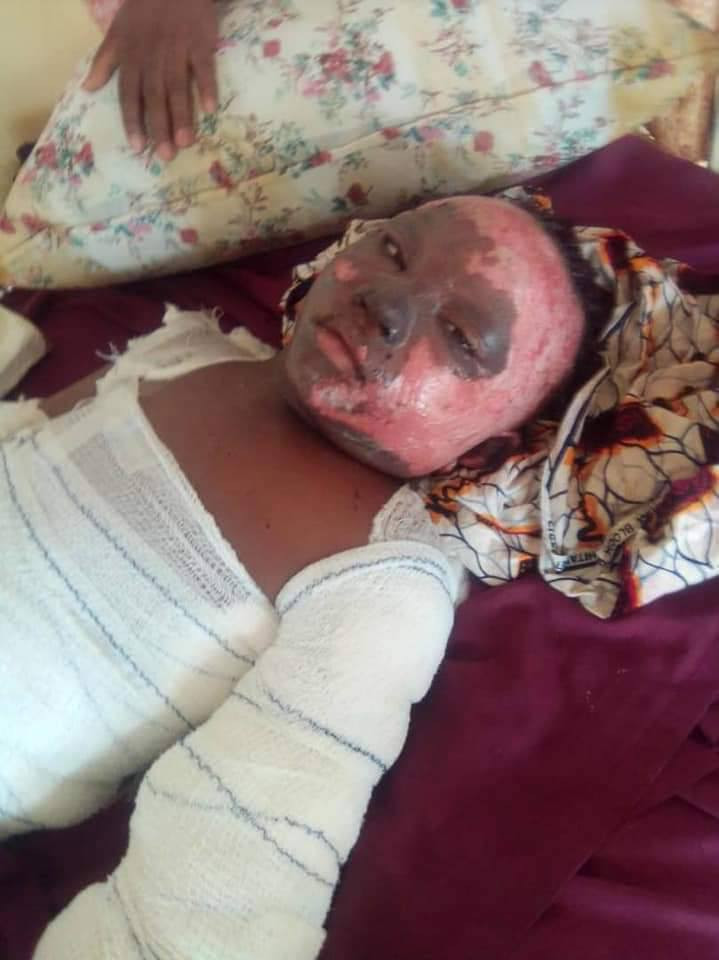 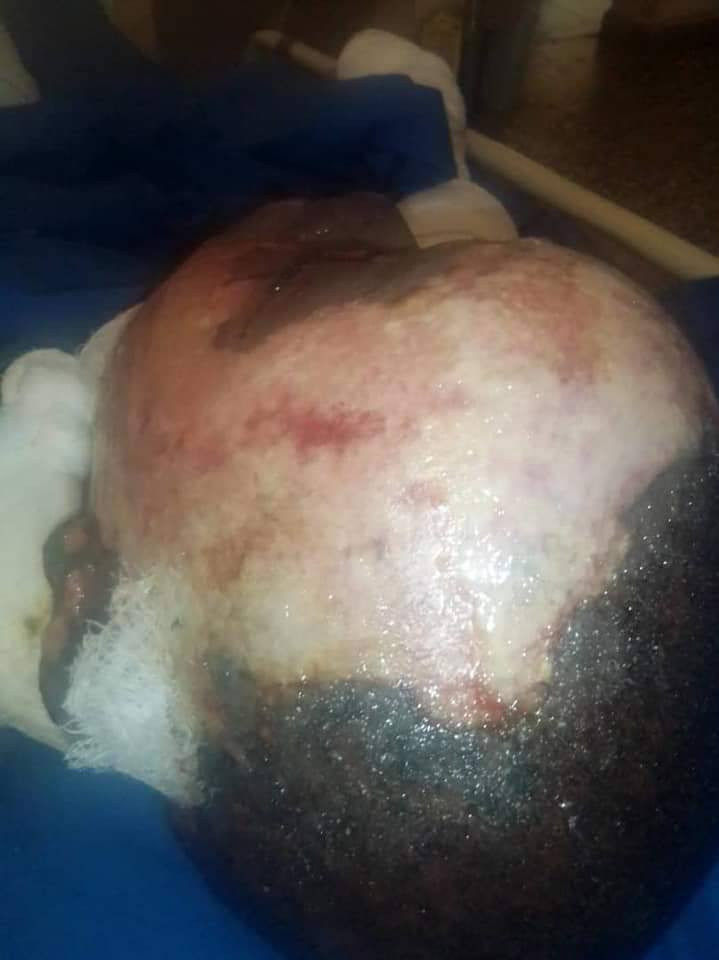 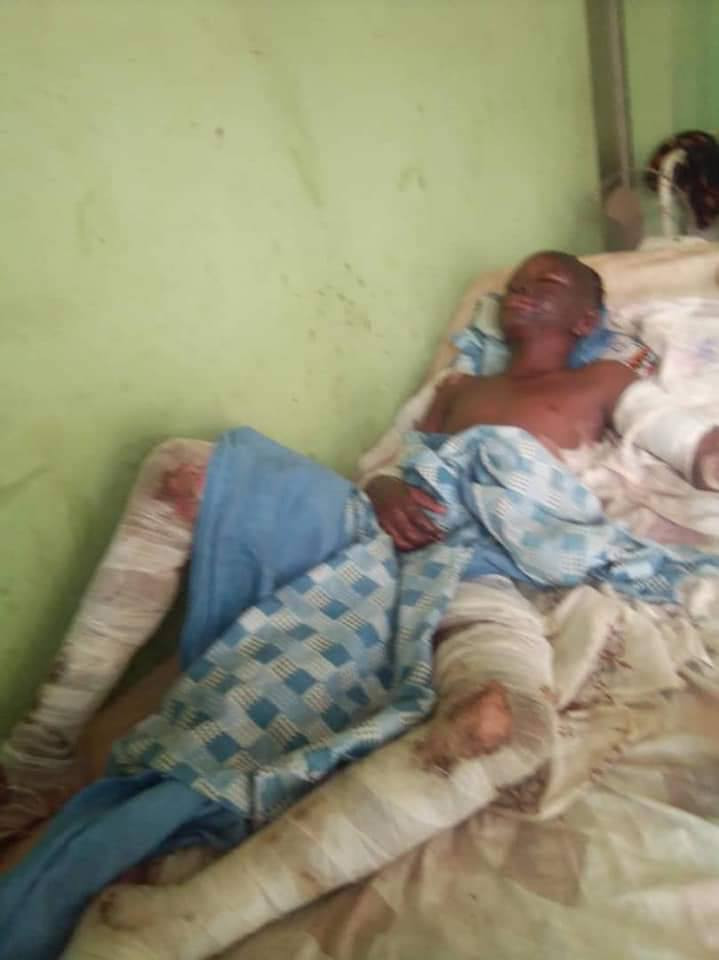 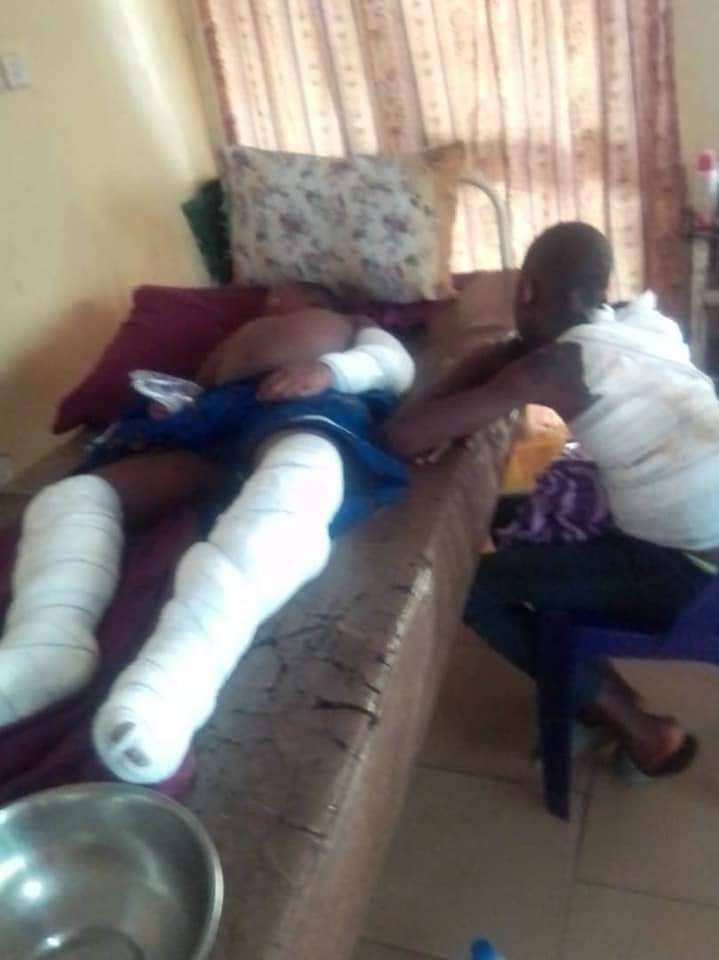 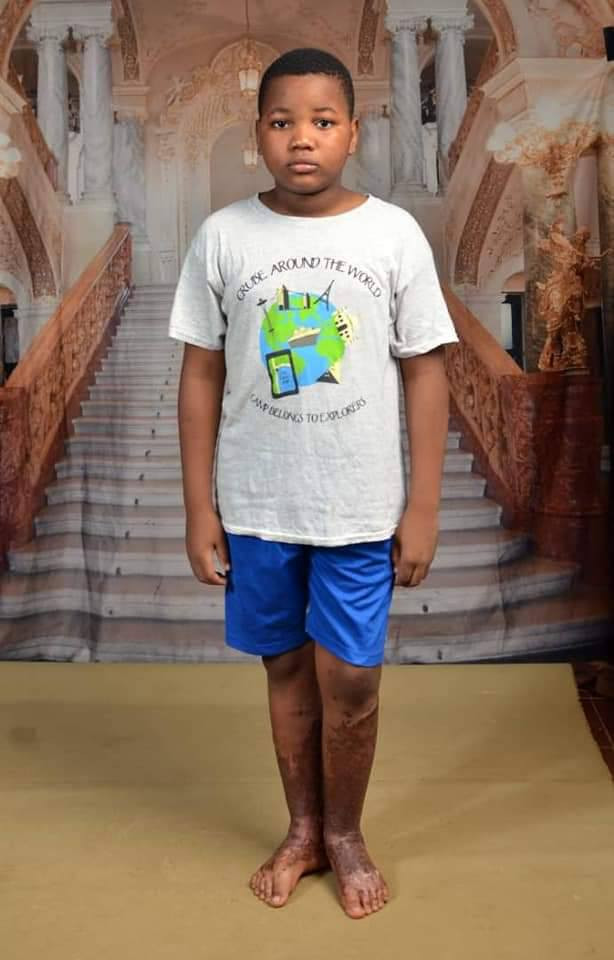 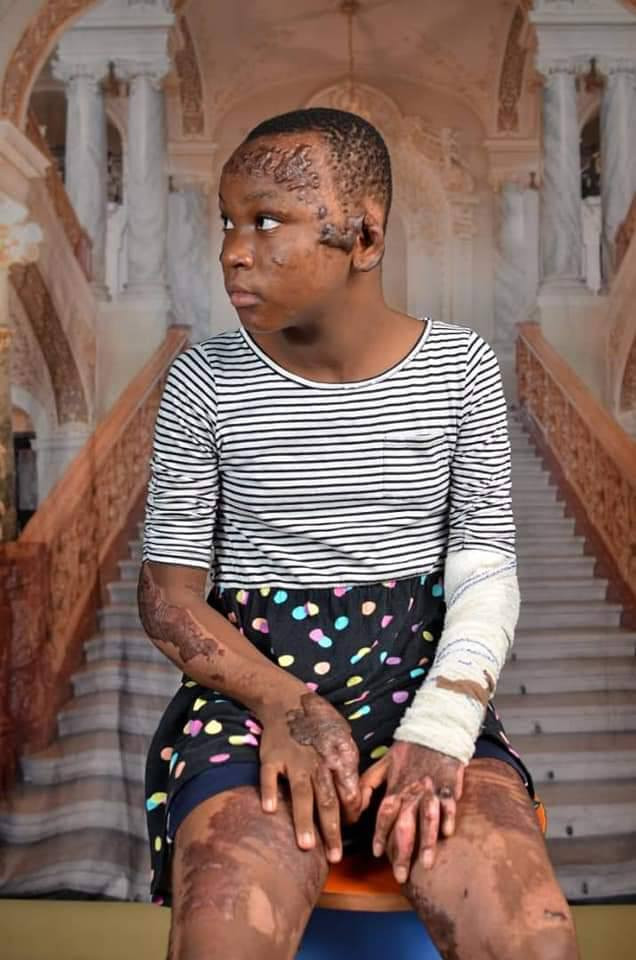 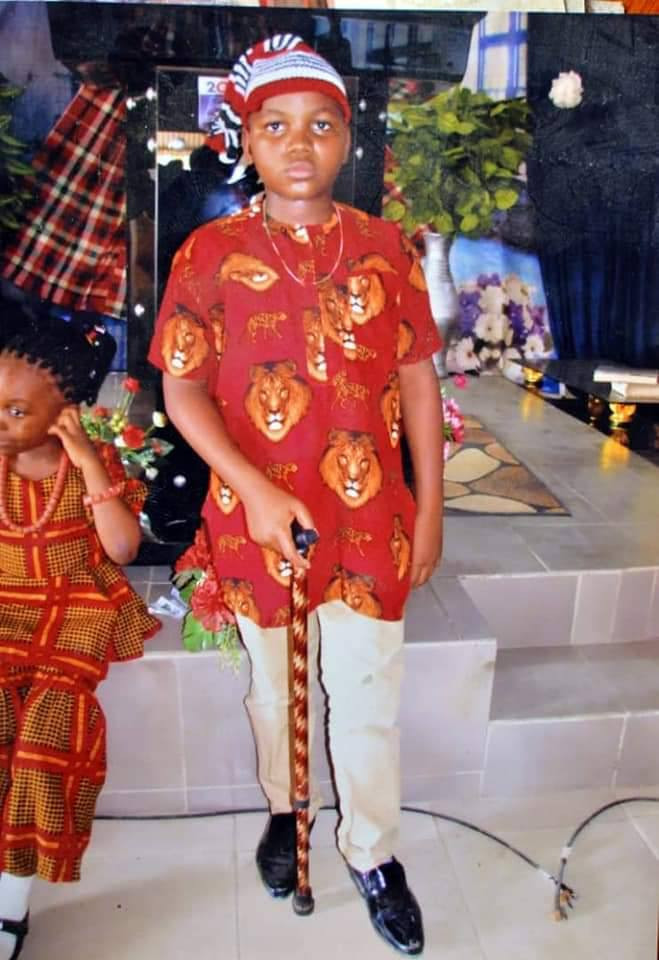