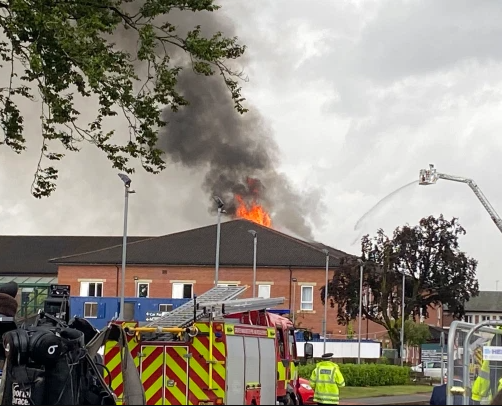 Patients and staff had to be evacuated from Trafford General Hospital in Greater Manchester after a lightning strike caused fire to break out at the hospital.

The blaze erupted during a freak storm on Wednesday afternoon, July 28.

Footage from the scene shows flames and smoke billowing out of the top of the hospital on Moorside Road, Machester, UK.

Firefighters can also be seen battling the blaze on a crane above the roof. 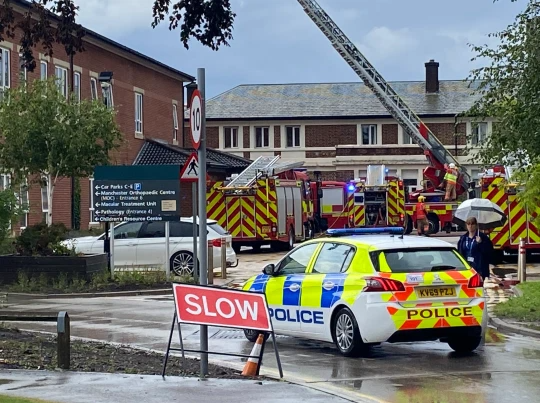 NHS bosses confirmed the cause of the fire was a lightning strike.

A spokesperson said: “We can confirm an area of Trafford General Hospital has been struck by lightning which has caused a fire in an area of the roof.

“A small number of patients and staff have been safely evacuated from one ward.” 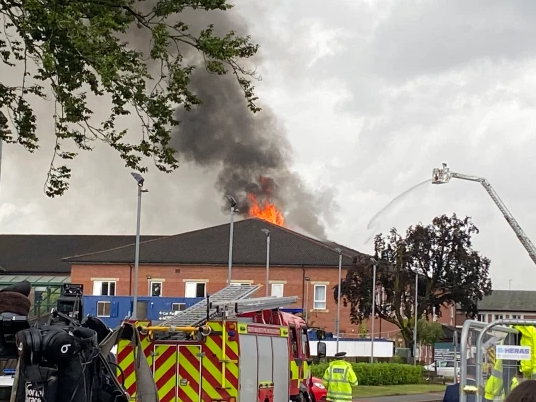 It is not yet known if anyone was injured in the fire. The ambulance service said there have been no reported casualties.

Over the past few weeks, rain and thunderstorms have battered the UK, with London submerged under flash floods.