Emmanuel's Blog
Home Blog ”You only see the spraying. Don’t you see how they treat their... 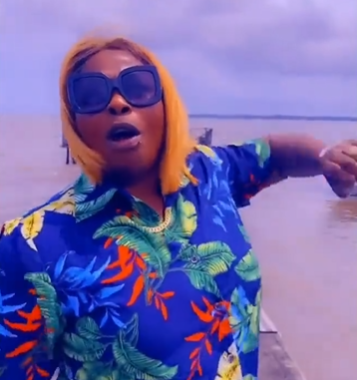 Warri-based politician, Tuoyo Memauduaghan aka Mama T has chastised cheating men who are all over the internet praising Obi Cubana following the show of affluence at his mum’s funeral last weekend.

In a video posted on social media, Mama T mentioned that men are all over the internet praising the socialite, forgetting to see how he treats his wife. She mentioned that Cubana and another socialite, E-Money treat their wives well and always go out with them. She mentioned that it is the prayers of the wives of E-Money and Obi Cubana that is making the men prosper. She said most men when they just receive a small contract, would change their attitudes, forgetting their wives at home and start chasing other women.

Small contract from DESO for you guys to renovate a classroom, you will abandon your wife at home, turn your wife to old woman. You are shouting Obi Cubana. It is their wives prayers that is guiding them because they take their wives out. They don’t suffer their wives.

You guys, small contract from DESO to renovate six classrooms, you would change attitude. You would go to other states to carry celebs, be paying for flights.”

Watch the video she shared below