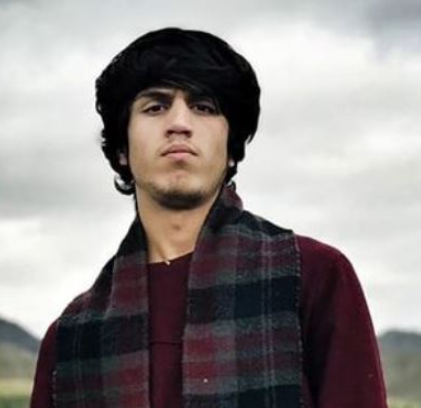 Afghan footballer, Zaki Anvari, has died after stowing away in the landing gear of a United States Air Force flight from Kabul, according to reports.

Anvari, 19, was a promising young footballer who represented his national team at youth level as a 16-year-old back in 2018.

He is one of many Afghans to have reportedly lost their lives attempting to flee the capital city of Kabul as the Taliban take control of the city.

In his final Facebook post, Anvari wrote: “You’re the painter of your life. Don’t give the paint brush to anyone else.” 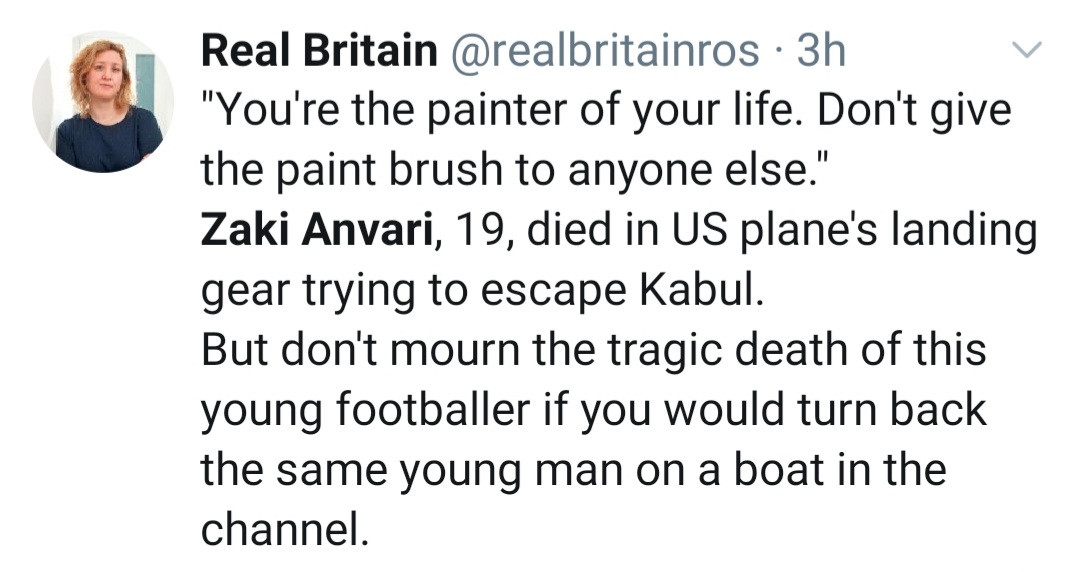 Tributes have poured in for the teenage footballer from distraught friends and former team-mates as well as the assistant manager of the men’s national team, Ali Askar Lali.

Journalist Babak Taghvaee reported Anvari’s death on Twitter, writing: “Very sad to hear that one of the youths who tried to leave Kabul through grabbing the landing gear of a USAF’s C-17A transport airplane [a] few days ago was a player of Afghanistan’s National youth soccer team, Zaki Anvari.

“His body parts were found in the landing gear bay.” 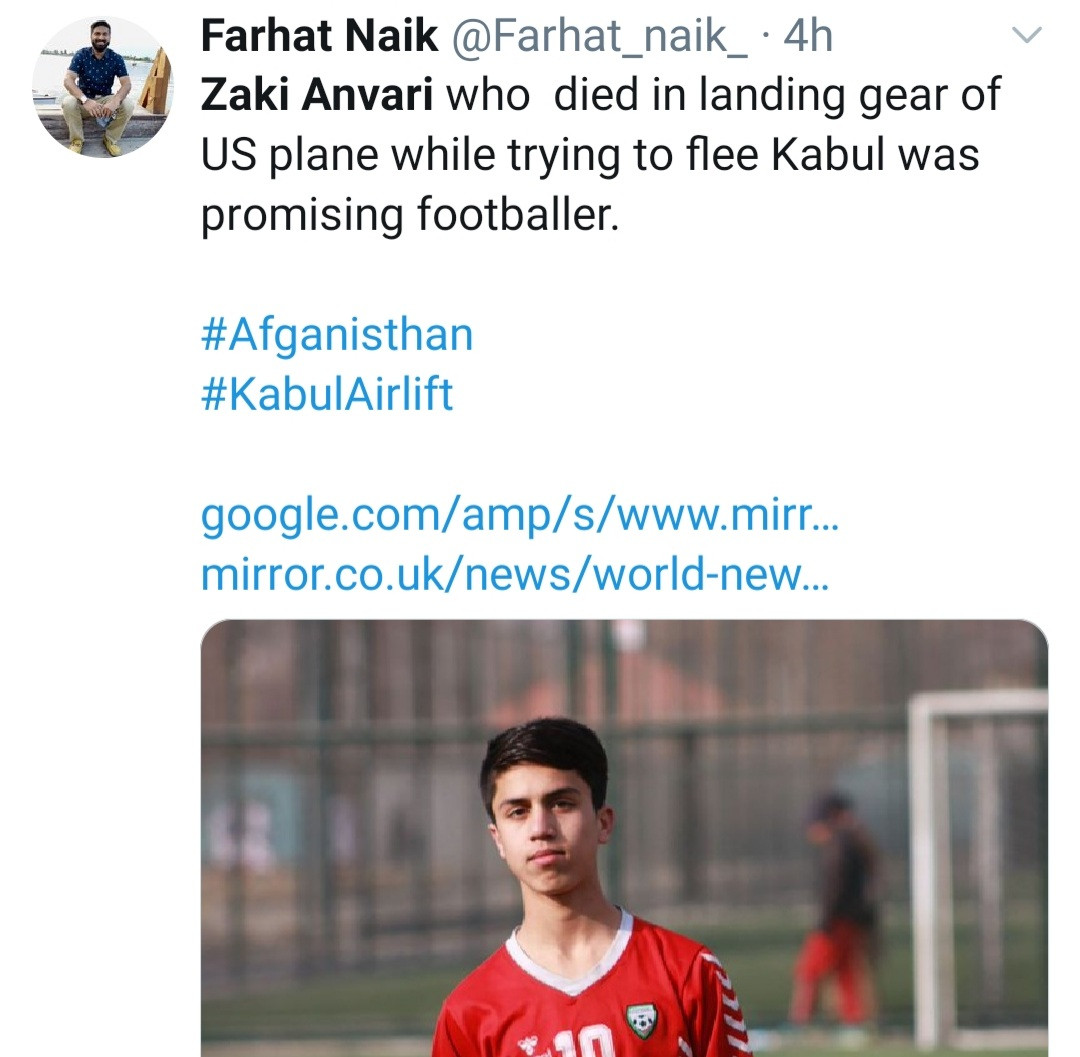 Taghvaee had earlier reported that the plane in question had been forced to divert to Qatar for an “emergency landing” due to the presence of stowaways on board.

His friends mourned his death on social media with one writing: “We are from God and we return to him.”

Another stated: “Comrade, with whom I had the most unforgettable memories, his loss is a great sorrow for me and unspeakable.

“Former Afghanistan international midfielder and current assistant manager of the national team, Ali Askar Lali, also paid tribute to the late Anvari by saying “May his soul rest in peace and his memory be remembered.”

Shocking footage has emerged this week of Afghans falling from the sky after hundreds attempted to flee the city of Kabul by attempting to stowaway on flights departing the city’s airport.

The Washington Post said a US official admitted that stowaways falling from the sky “absolutely happened”.

They added: “It is believed that they were Afghans who climbed aboard the landing gear and attempted to stowaway as the plane took off.

“People familiar with the situation said the pilots declared an emergency when they could not put their landing gear up.

“The crew diverted and landed in a nearby third country, and some human remains were found in the wheel well when it was inspected.”