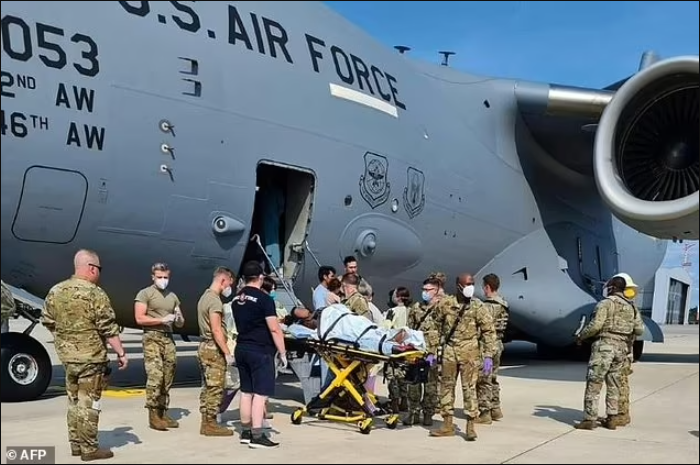 An Afghan girl born aboard a US military plane heading to Germany as her family was fleeing Taliban rule, has been named Reach after the aircraft’s code name.

The baby’s mother reportedly went into labor on Saturday while flying from a staging base in Qatar to the Ramstein Air Base. Shortly after the plane landed, military medics helped the woman deliver her baby in the cargo hold of the plane.

‘They named the little girl Reach. And they did so because the call sign of the C-17 aircraft that flew them from Qatar to Ramstein was Reach,’ said Gen Tod Wolters, commander of US European Command.

The code for C-17 cargo planes is usually ‘Reach’ followed by a number.

According to tweets from the US Air Mobility Command, the mother started having complications shortly after going into labor so the aircraft commander descended in altitude to increase pression, saving her and the baby’s life. 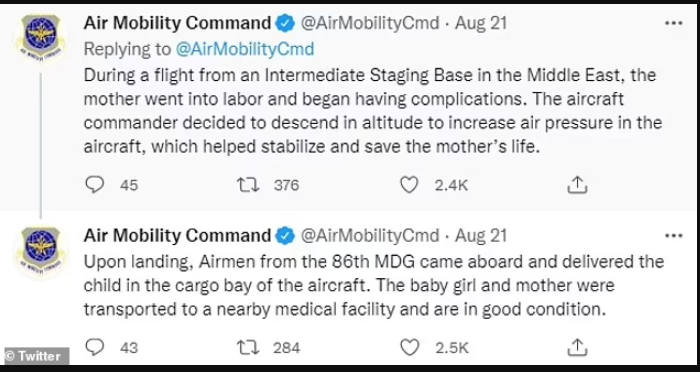 When the flight landed, personnel from the 86th medical group at the Ramstein base came aboard and delivered Reach, who was later transported with her mother to a nearby facility.

Reach and her parents now await relocation to the US.

‘As you can well imagine, being an Air Force fighter pilot, it’s my dream to watch that young child called Reach grow up and be a US citizen and fly United States Air Force fighters in our Air Force,’ said Wolters at a Pentagon briefing.

Army Captain Erin Brymer, the nurse who delivered Reach, told CNN that she was expecting the worst and hoping for the best. 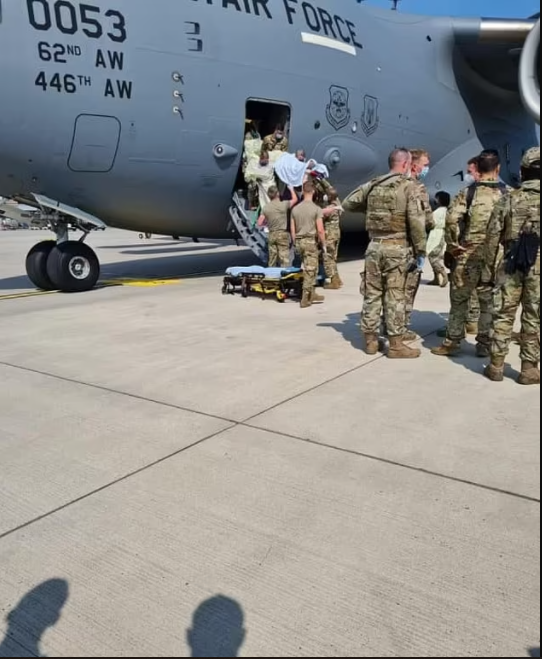 ‘When the baby came out screaming! And we were able to put her directly on the mom’s chest and get her breastfeeding right away.

‘I was like, ‘Okay, we’re good here,’ she said. She called the baby’s delivery ‘the coolest moment of my life.’

Of the 7,000 people evacuated from Kabul who had passed through US bases in Europe since August 20, only 100 required medical care. Among the 100 Afghans, 25 have been admitted to a local hospital and 12 have already been discharged.

Two other babies were born after their mothers landed at the Ramstein base, Wolters said.