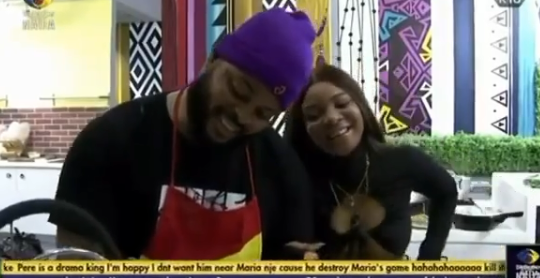 Queen who was one of the new housemates introduced on the Big Brother Naija reality show after the first eviction, has revealed how she gets along.

While having a conversation with White Money in the kitchen, Queen revealed that sex, dancing and music make her happy and also keep her sane.

When Whitemoney sarcastically mocked her by saying that she will run mad in the house, Queen interjected by saying she is okay.