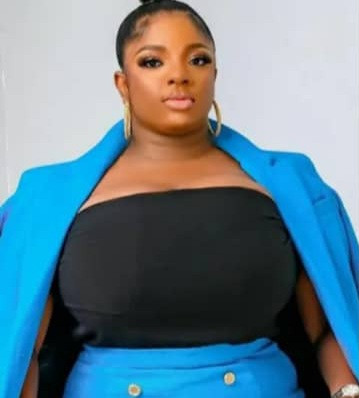 Dorothy Bachor took to Instagram to narrate how EFCC officials allegedly broke into her home in the early hours of today, August 23.

The Big Brother Naija reality star explained that she heard a loud noise at about 4:45am so she rushed out almost naked to find 5 fully armed men in her house.

She said that they gained entrance by breaking down her door and they only calmed down when they recognised her.

She added they identified themselves as EFCC officials and told her they were in search of fraudsters.

She explained that the incident left her shaken and her mum almost had a panic attack because of it.

She called out the EFCC officials then lamented that Nigerian citizens can’t feel safe in their homes. 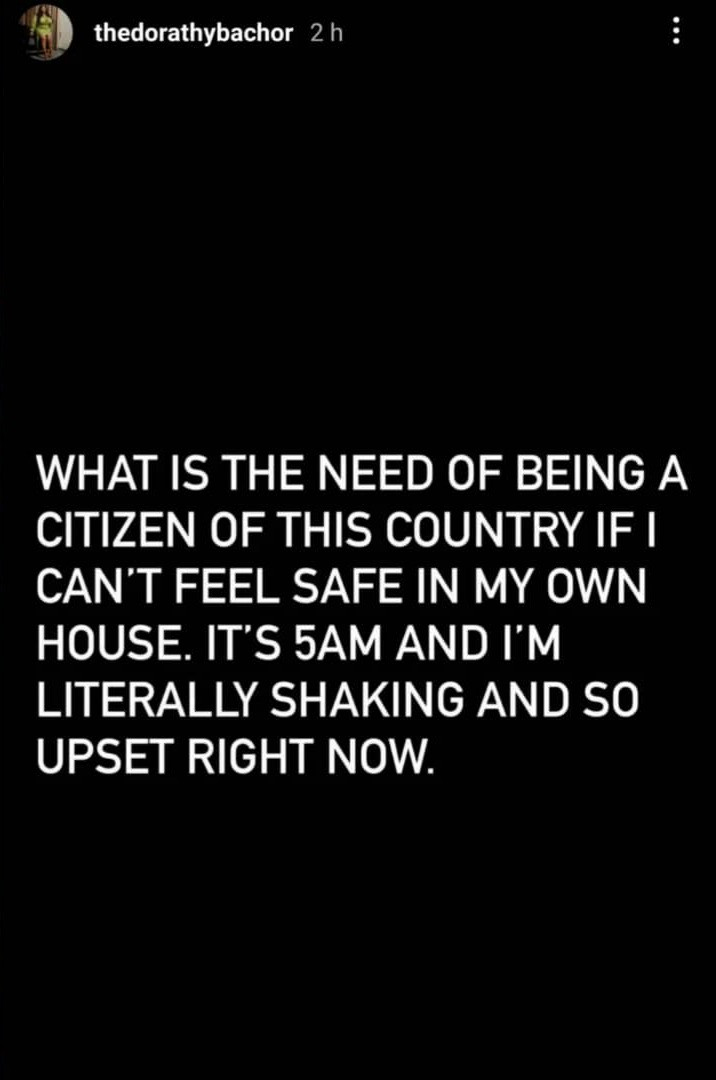 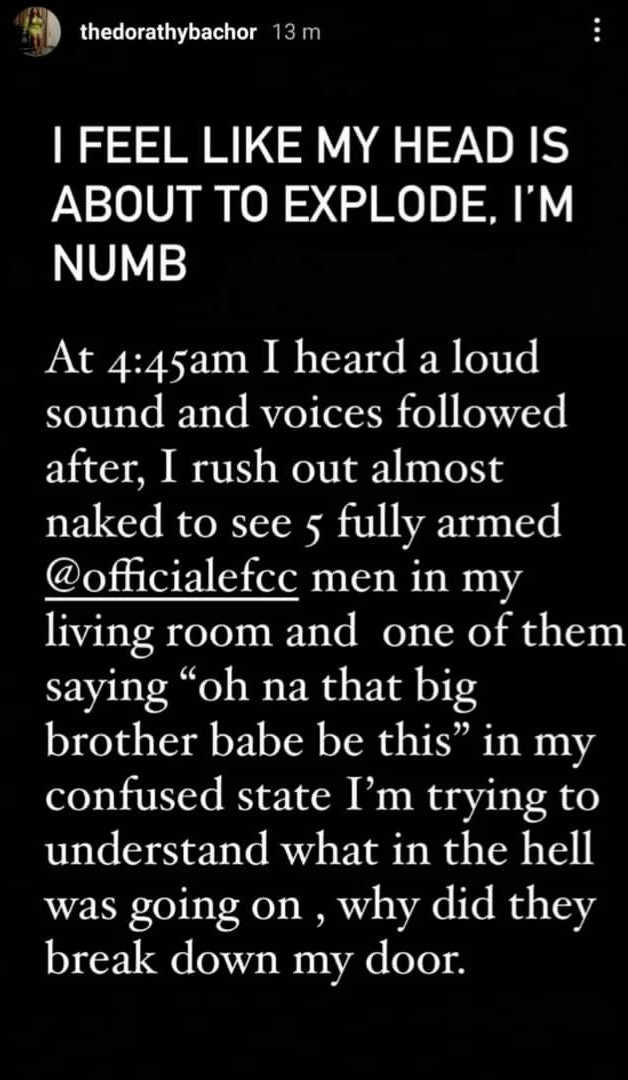 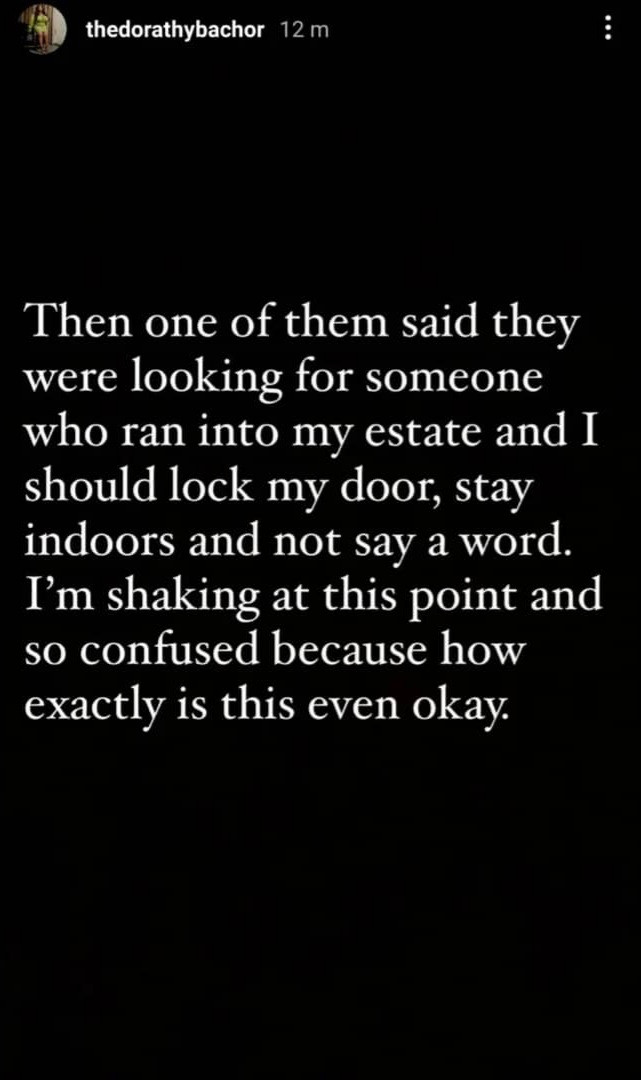 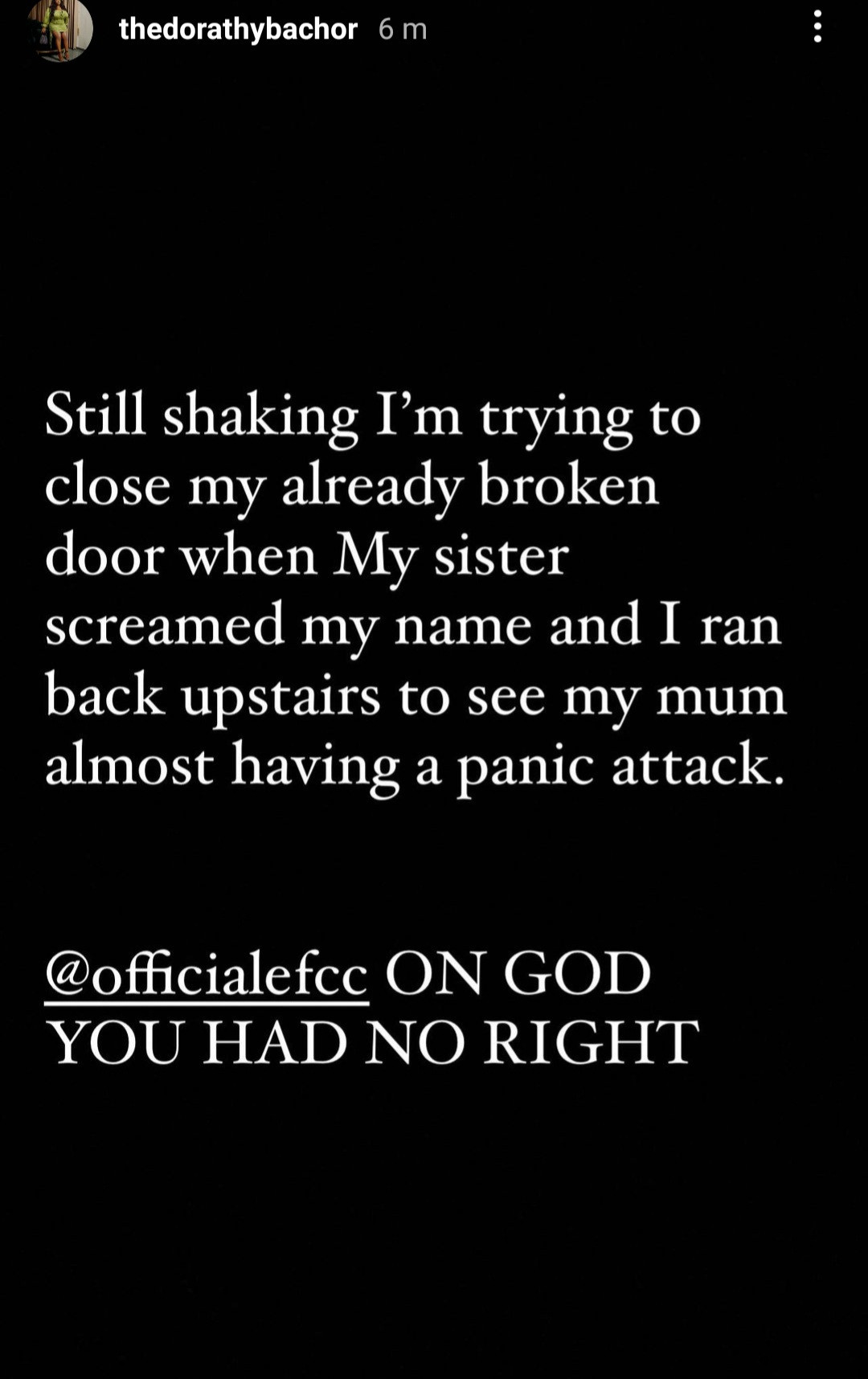 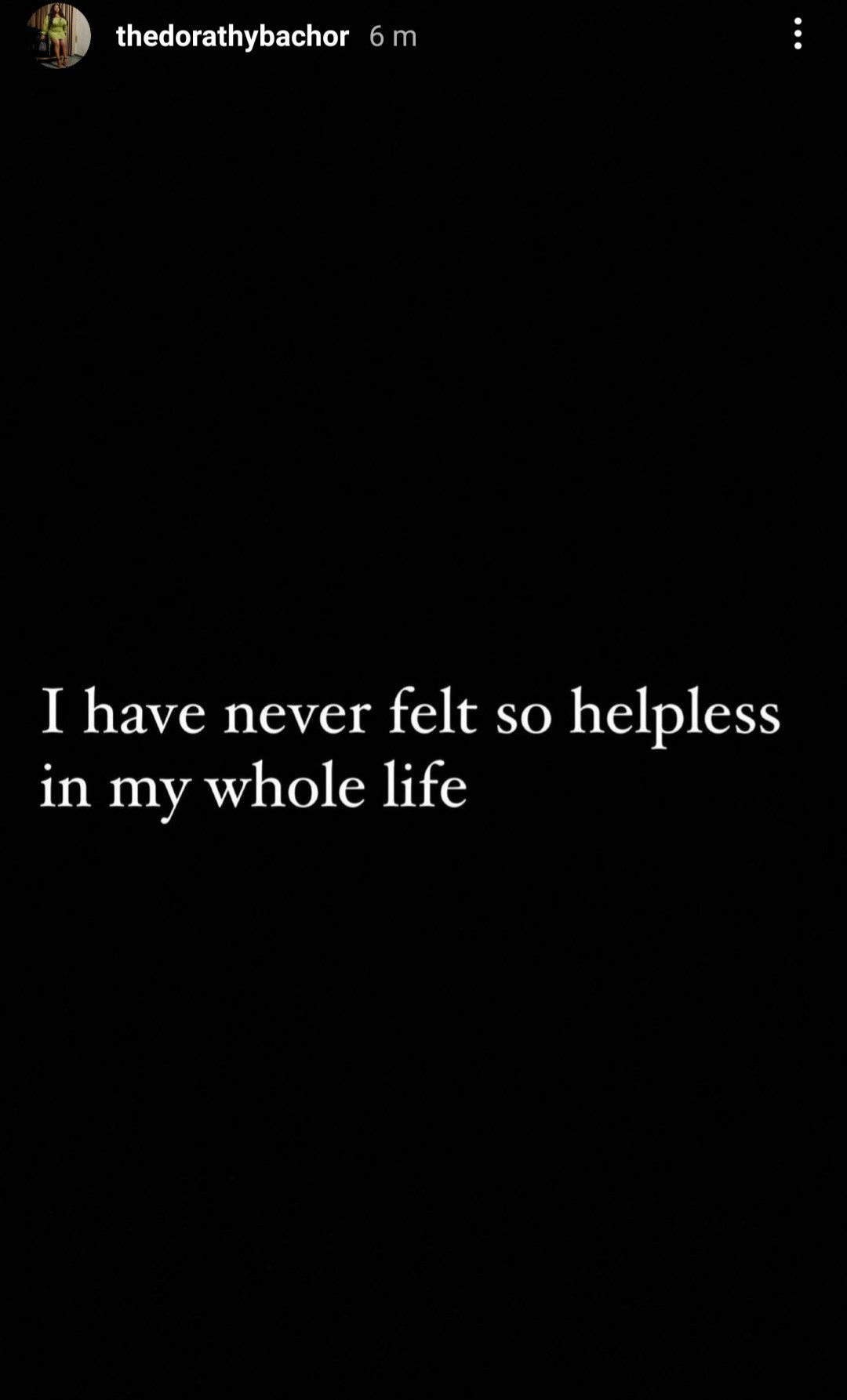