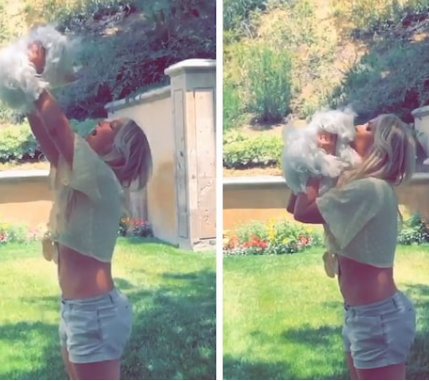 Britney Spears’ dogs were taken from her earlier this month after her dog sitter and housekeeper believe the pets were being neglected, and that’s what triggered the confrontation between Britney and her housekeeper that led to a criminal investigation (read here).

Sources connected to Britney told TMZ that around 2 weeks ago, one of Britney’s dogs became sick and the dog sitter, who is also a nurse, took that dog and Britney’s other dog to the vet. The dogs never came home.

Sources told the publication the dog sitter kept and took care of the dogs because she believed they weren’t safe at Britney’s home.

Then, on August 10 Britney called the Ventura County Sheriff’s Dept. to report a theft, but when cops arrived at her home she backed off and sent them away. She was prepared to file a theft report over the dogs but apparently had a change of heart.

Then on Monday morning, August 16, Britney still did not have her dogs and didn’t know where they were, but suspected her dad had something to do with their disappearance.

Britney confronted her housekeeper and demanded to know where her dogs were and why they were taken away.

The housekeeper then expressed concern that the dogs had been neglected and showed Britney photos she had taken on her cellphone of one of the dogs that had just thrown up.

Britney suspects the housekeeper, who gets paid by her father Jamie Spears, sent Jamie the photos and he then called the dog sitter and told her to take the dogs away.

Britney became extremely upset and told the housekeeper she was not allowed to take photos in her house.

A struggle then ensued and Britney knocked the phone out of the housekeeper’s hands.

Britney sources say she merely hit the phone, but law enforcement sources say the housekeeper alleged Britney struck her arm, which then caused her to lose her grip over the phone.

Britney still does not have her dogs back, but she’s hopeful that she’ll get them back soon.