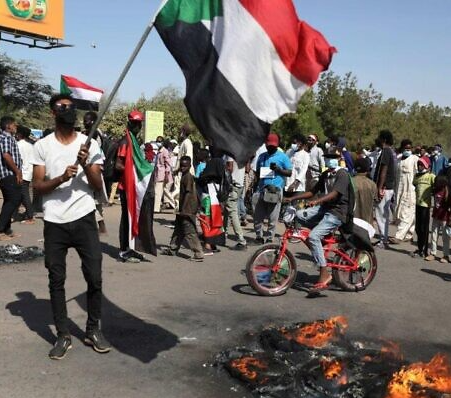 A Sudanese court on Thursday, August 5, sentenced to death six members of the country’s paramilitary forces convicted of killing six students at a pro-democracy student protest in central Sudan two years ago.

In his opening statement, the judge in the case, Ahmed Hassan al-Rahma, recounted how school and university students had taken to the streets of Obeid, in North Kordofan province, in a peaceful rally on July 29, 2019.

However, they were intercepted by members of the Rapid Support Forces who beat them with sticks and whips. When the students responded by hurling stones, the paramilitary troops opened fire, killing six people, the judge said.

“The students exercised their right to protest, which is protected by the law and the constitution,” said al-Rahma. “However, those criminals responded with all cruelty and savagery.”

The judge insisted the assault was an isolated incident and dismissed claims that higher command was involved.

“It is an individual act that emanates from the perpetrators’ evil nature,” he said, addressing the court in a hearing that was broadcast live on Sudan’s national television.

The Obeid students were having the rally to demand justice for at least 128 people killed in a violent dispersion of a protest camp outside the military headquarters in the capital of Khartoum a month earlier, as well as better economic conditions.

The trial against the troops in Obeid had lasted for over 20 hearings during a year’s time. Three other troops were initially indicted in the case; two of them were acquitted and the third, a minor, was referred to juvenile court.

Before handing down his verdict, under Islamic tradition, the judge had heard the testimony of the parents of the killed students, who demanded the defendants be executed for their crime.